The targeting and massacre of 10 Black people in a Buffalo supermarket underscores the urgent need for federal action to prevent hate-fueled domestic terrorism. 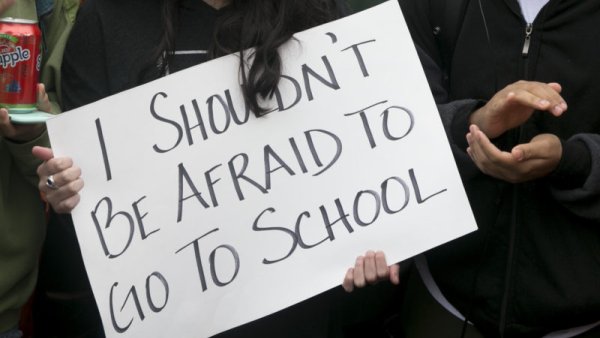 Tell your senators to support the Domestic Terrorism Prevention Act

All of us should be able to go about our lives—to school, to work, to the supermarket—without the fear that we will encounter deadly acts of violence because of where we are from or what we look like.

Americans were devastated by the news of a gunman who deliberately sought out and killed 10 Black people in their local market. He was motivated by a racist "great replacement theory" promulgated by some hard-right politicians and talking heads that has led to attacks elsewhere, including Charlottesville amid chants of “Jews will not replace us.” Well-armed white men have murdered Black people in their churches, Latino immigrants out shopping, and Jewish congregants in synagogues.

We must ensure that our leaders have the resources they need to confront the growing threat to safety in our communities.

The House passed the Domestic Terrorism Prevention Act within days of the Buffalo massacre. It’s time for the Senate to act!