What started as a Brooklyn-based collective after the Crown Heights race riots in 1991 has become a worldwide effort to “Increase the Peace!” 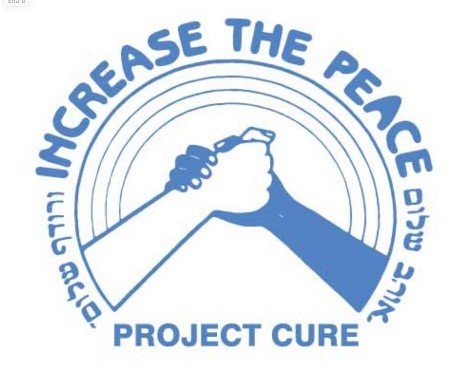 Communication. Understanding. Respect. Education. These four principles are the foundation for a healthy, vibrant community. They are also the letters that make up the grassroots community organization known as Project CURE, whose goal is to improve racial understanding and foster mutual cooperation. In short, what started as a Brooklyn-based collective after the Crown Heights race riots in 1991 has become a worldwide effort to “Increase the Peace!”

NEA presents the Rosa Parks Memorial Award to inspire others to champion the cause of human and civil rights.
Learn More

The riot in Crown Heights was a culmination of tensions that were long forming between the Black and Hassidic communities. Since there was little direct communication between these two groups, negative stereotypes were cultivated. David Dinkins, the mayor of New York at the time, asked representatives from both communities to meet and plan how to heal together. A few days after the riots subsided, David Lazerson from the Jewish community, Richard Green of the Crown Heights Youth Collective and Paul Chandler from the Jackie Robinson Center for Youth and Physical Culture met to begin the conversation and formed what became known as Project CURE.

Although the conversations were met with some vocal opposition from both sides, they persevered. The youth continued to return to the discussions, which led to playing basketball together and having joint multi-cultural events. Two youth leaders, one Black and the other Hassidic, became the hip-hop and freestyle dancers for the music group that Project CURE formed. With time, other youth also got involved, achieving the community goal for mutual respect and appreciation for each other and each other’s cultures. As Lazerson described, “It was one thing to talk with each other, but quite another to break bread together, or be on the same basketball team.”

Project CURE members played on the court during halftime at a New York Knicks game for several years in dedication of racial harmony. Their music group opened for Gospel Night in Brooklyn with over 10,000 people attending. They were invited to play in Washington, DC for members of the U.S. Congress. The organization also sponsored joint art mural projects and peace gardens throughout the community.

Just as Rosa Parks demonstrated the courage to challenge the status quo to achieve a just society through nonviolent action, Project CURE brought together two groups in one community who were at extreme odds to a place of mutual understanding and respect.

Project CURE continues to inspire peaceful solutions to racism and intolerance today. For about six months since the worldwide protests began after the murder of George Floyd, Project CURE was invited to give several virtual talks each week on empowering communities on a grassroots level to take positive steps together to improve relations. Their band continues to be the featured act at the annual One Crown Heights concert in Brooklyn. Their work, beginning from tragedy in 1991, continues to be a beacon of light today.