Make the District of Columbia the 51st State

Taxation without representation was the rallying cry for the American Revolution, yet 246 years later it endures in our nation’s capital. 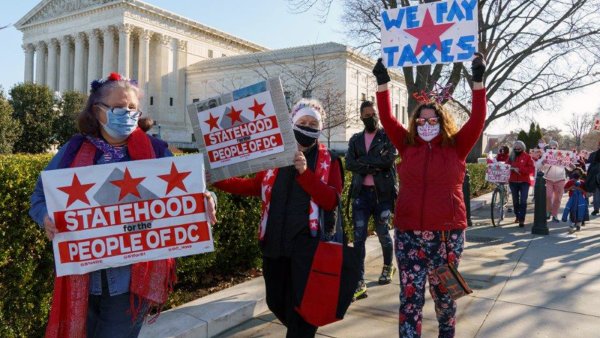 Denying District residents full representation in Congress is unjust: they pay the highest per-capita federal income taxes in the nation and, in total, pay more in taxes than residents of 21 other states. It is also dangerous: Violent insurrectionists invaded Congress on January 6, yet the District could not deploy the National Guard because it is not a state; that power resides solely with the President of the United States.

The denial of full representation in Congress—and therefore, full citizenship—in a city nearly half Black is egregious given our nation’s history of suppressing the Black vote. The Washington, D.C. Admission Act (S. 51/H.R. 51) would preserve the constitutionally required district that houses the federal government, our monuments, and the National Mall. The neighborhoods and commercial areas where the people of the District of Columbia live and raise their families would comprise the 51st state.