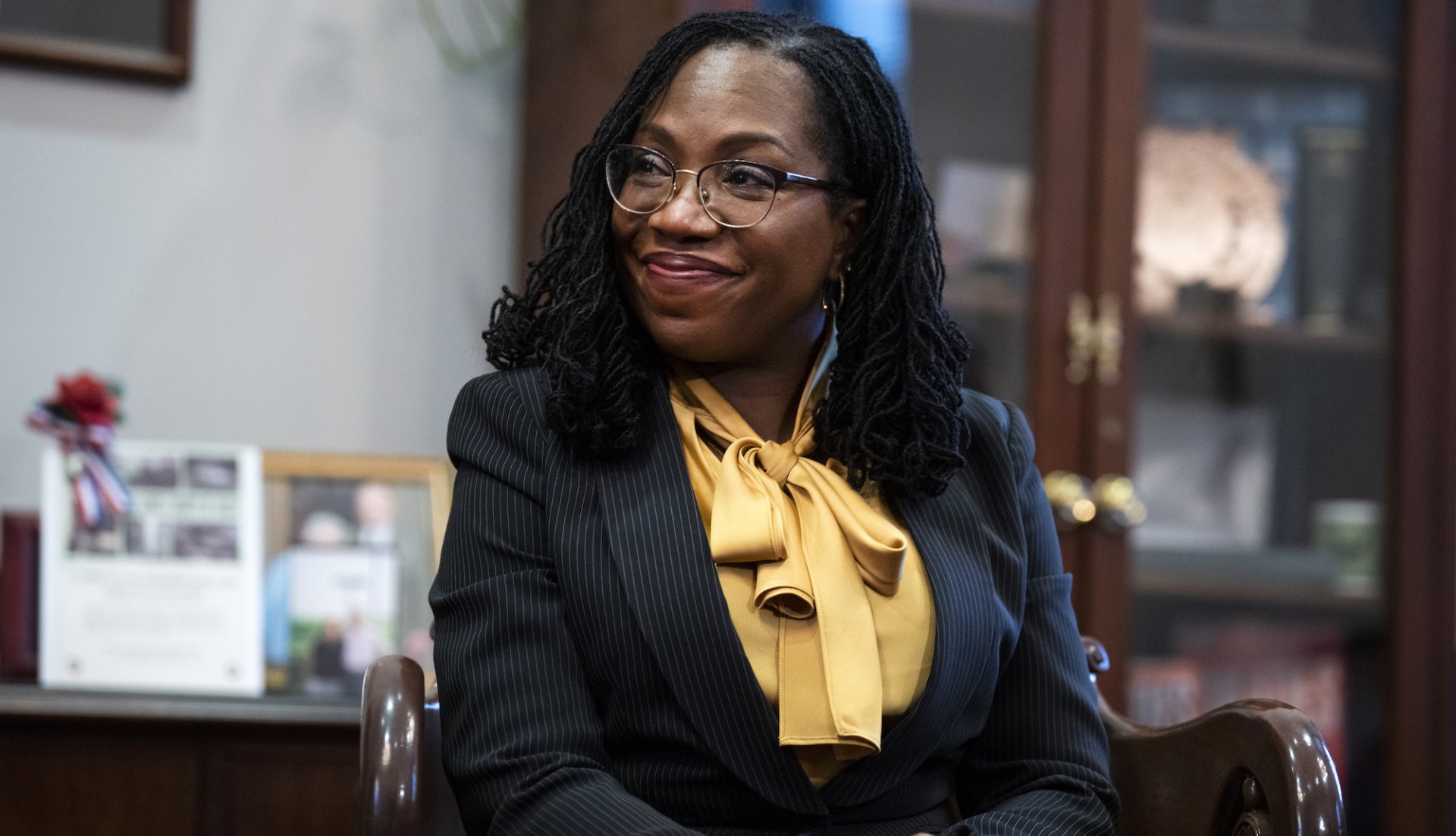 With Justice Stephen Breyer retiring from the Supreme Court at the end of the current term, the next justice will have an enormous impact on the nation’s future, particularly when it comes to safeguarding our public school educators and students.

Educators want a fair-minded Supreme Court justice who understands the Constitution and the far-reaching impact that court rulings can have on the people of our country and our everyday lives.

Now, more than ever, it's important that the next Supreme Court nominee works to protect all Americans, not just the powerful and the wealthy. Beyond her history-making nomination, Judge Jackson has decades of experience and service on the federal courts.

If approved by the Senate in the coming weeks, Judge Jackson would bring her commitment to equal justice—honed by more than 600 rulings—to the Supreme Court for generations to come.

Here are five reasons educators are excited about the nomination of Judge Ketanji Brown Jackson.

Judge Jackson graduated from Florida’s Miami Palmetto Senior High School in 1988, where she served as class president and was a superstar on the high school debate circuit.

From 2005 to 2007, Judge Jackson served as an Assistant Federal Public Defender in Washington, D.C., where she represented clients in criminal cases who could not afford a lawyer and detainees held at Guantánamo Bay. If confirmed, Judge Jackson would be the first Supreme Court justice since Justice Thurgood Marshall to have a criminal defense background.

After a brief stint back in private practice, Judge Jackson returned to the U.S. Sentencing Commission in 2010 after the Senate confirmed her by unanimous consent to serve as the Commission’s vice chair. She was nominated by former President Barack Obama to serve as a federal judge on the U.S. District Court in D.C. in 2012 and was confirmed in 2013 by a voice vote in the Senate.

After serving for eight years on the district court, President Biden last year elevated her to the U.S. Court of Appeals for the D.C. Circuit—the nation’s most powerful appellate court—after a largely uncontentious confirmation hearing and a bipartisan vote on the Senate floor.

I sought a nominee for the Supreme Court with exceptional credentials, unimpeachable character, and an unwavering dedication to the rule of law. Meet my nominee, Judge Ketanji Brown Jackson. pic.twitter.com/OndIJaGE74

In nominating Judge Jackson, President Biden called her a proven consensus builder who has dedicated most of her life to public service.

Over the course of her career, colleagues and classmates alike have praised Judge Jackson for her hard work, deft legal mind, and sense of humor. In nominating Judge Jackson for the U.S. Sentencing Commission, President Obama referred to her as “an unwavering voice for justice and fairness,” and she received a rating of “well qualified” by the American Bar Association after her nomination to the D.C. Circuit Court.

Judge Jackson’s tenure as a jurist, as well as her public education background and criminal defense and U.S. Sentencing Commission experience, provides her with the real life context needed for understanding the issues affecting public school educators, students, and families. That understanding is reflected in her decisions. For example, in a 2020 decision in Willis v. Gray—a case that stemmed from a mass layoff of District of Columbia public school educators in 2009—Judge Jackson allowed a D.C. public high school teacher to pursue his claims that he was terminated on the basis of his race and age.

Judge Jackson, whose time as a jurist has included a significant number of rulings on workers’ rights cases, has already received an outpouring of support from labor groups and organizations.

In her very first opinion as a federal appeals judge, Judge Jackson reversed a Trump-era rule that made it easier for government agencies to make workplace changes without having to negotiate with public sector unions.

As a district court judge, Judge Jackson also set aside a proposed rule from the National Labor Relations Board that would have made it harder to secure union representation, and also blocked three executive orders issued by President Donald Trump that she said would “eviscerate” the collective bargaining rights of federal workers.

As a Black Woman Committed to Equal Justice, Judge Jackson will have an Impact on the Lives of Ordinary People of All Backgrounds

Judge Jackson's extraordinary career has placed her at the apex of the white, male-dominated legal profession, and her historic Supreme Court nomination represents a major milestone in the ongoing fight for a federal government that reflects and respects the very best of every one of us.

If confirmed, Judge Jackson would be the first Black woman to serve on the Supreme Court in its 233-year history, and just the third Black justice and sixth woman justice overall to sit on the high court. Judge Jackson’s confirmation to the Supreme Court would help instill greater public trust in our courts and our institutions by bringing the country closer to the promise of equal justice for all Americans.