5 Things We Learned From Election 2018

As educators look ahead to the next two years and the 2020 presidential election, here are some of the midterm’s key issues, trends, and takeaways. 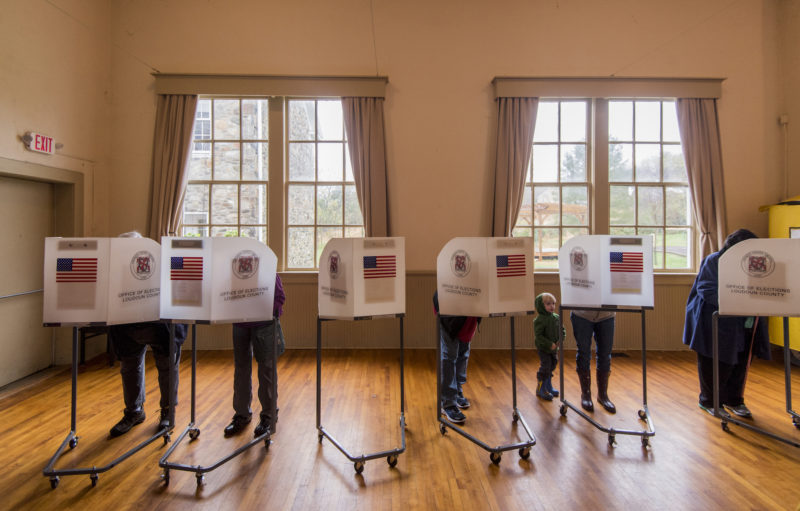 The 2018 midterm election results gave educators much to celebrate. More than 1,000 teachers, professors, education support professionals (ESP), and administrators from both major parties won state and local legislative seats across the country. That’s about two-thirds of almost 1,800 current or former educators from K-12 and higher education who sought office this campaign season, according to NEA. About 100 other educators ran for top state or federal seats, with many more running for seats on school boards and other local offices.

In addition, many gubernatorial and other candidates at the state level made public education a centerpiece of their campaign, second perhaps only to health care or the economy depending on the state or district. Teacher-led protests that swept states last winter and spring lead to a high level of bipartisan activism among educators, students and parents, and other community members.

“We had a good night,” said NEA President Lily Eskelsen García, during a November 9 panel discussion sponsored by the Educator Writers Association at the National Press Club in Washington, D.C. “We’ve never seen anything like it.”

As educators look ahead to the next two years and the 2020 presidential election, here are some of the midterm’s key issues, trends, and takeaways.

An infrastructure has been established from the unprecedented level of political activism among educators.

While not all educators were victorious on Nov. 6, just being on the ballot increased activism among NEA members and other educators to unprecedented levels of engagement, according to Carrie Pugh, NEA Director of Campaigns and Elections.

The massive teacher walkouts, protests, and strikes that took place in West Virginia, Kentucky, Oklahoma and Arizona this spring, highlighted the opposition to decades of cuts to public education budgets and teacher salaries, poor working conditions, and in some cases, changes to public pension and retirement plans. Those walkouts and demonstrations were largely organized at the grassroots level and became known as the #RedForEd movement. 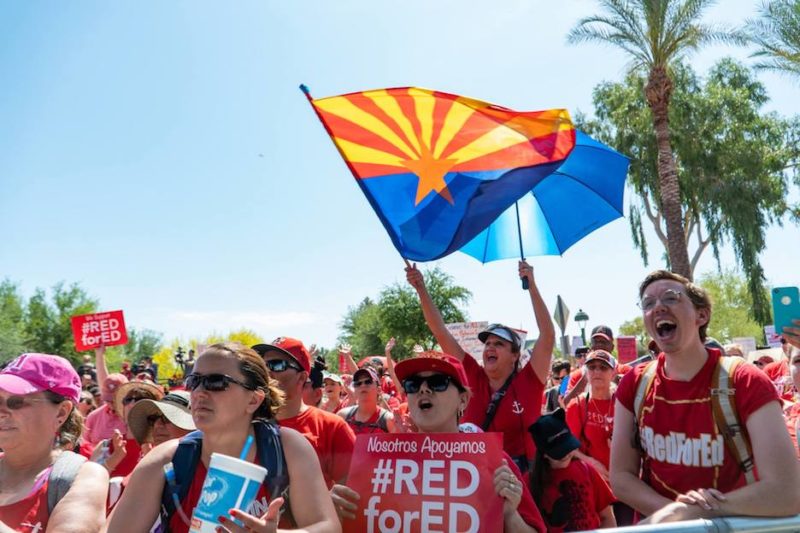 The midterm elections were regarded by many as a durability test after just a few short-term contract and policy gains in states like West Virginia and Arizona. In Oklahoma, for example, legislators were immediately persuaded to invoke teacher raises and make historic investments in public schools – underwritten by a tax on the oil and gas industry. But what was suppose to happen next?

The sustainability of the #RedForEd movement was in fact proven in Oklahoma during primaries and runoff elections when eight Republican incumbents who voted against the tax measure that increased funds for public schools and raised teacher pay were unseated. Some were replaced by Republicans who pledged to support strong education policy in the next legislative session.

The movement’s success was further sustained as educators nationwide were inspired to run for office while others volunteered on political campaigns in unprecedented numbers.

After the dust settled from the strikes and walkouts, both Democratic and Republican candidates, said Eskelsen García, were still “talking about how we can do better for our public schools.”

“That is a direct result of the public outpouring of support for the #RedForEd wave,” she added. “It raised public awareness of the decrepit conditions of some classrooms.”

Says Pugh: “Educators who stepped up for re-election, or for the first time, will move up and down the pipeline for years to come. A lasting infrastructure has been built.”

A record 260 female candidates and 195 people of color were on the ballot this year. Many of them were first-time candidates who were also Democrats. While they had varied backstories and a wide range of reasons for running, they emphasized in speeches, forums, and debates about the need to fund public schools and pay teachers and ESPs competitive wages.

“Even in deep Republican areas, we heard candidates tell us ‘We’re making them talk about education!’” Eskelsen García said at the Press Club. “We changed the conversation. When a teacher knocked on a door and said ‘here is who I am supporting,’ it was more likely they were going to be listened to.”

NEA officials have been encouraged by candidates like Gretchen Whitmer and Michelle Lujan Grisham, who won gubernatorial contests in Michigan and New Mexico, respectively. Both ran on pro-public education platforms.

The diverse freshman class will include two Native American women who won seats in the House of Representatives: Deb Haaland, a Laguna Pueblo from New Mexico, and Sharice Davids, a member of the Ho-Chunk Nation from Kansas. Both have spoken about the need to rethink education in tribal schools. Rashida Tlaib and IIhan Omar are one of the first Muslim women elected to Congress, from Michigan and Minnesota, respectively.

Education had a good night, but still much work to do.

Democrats entered Election Day needing to flip 23 House seats to retake the chamber. They exceeded that goal by winning at least 37 new seats. While Republicans lost control of the House, they picked up seats in the Senate. Many Republican House members who embraced President Trump lost, but some Republican Senate and gubernatorial candidates who backed the president won. The exit polls showed a majority of voters disapprove of Trump’s job as president — yet turnout was high among Republican voters.

Ultimately, proponents of building strong public schools will have to shift their focus away from school choice schemes such as vouchers and back to funding good schools for every student. 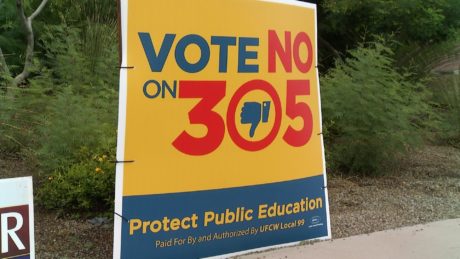 In Arizona, for example, voters rejected Proposition 305, which would have expanded the state’s school voucher program. Voucher proponents worked hard to promote the proposition with voters, but “we made sure they (voters) knew exactly what they were voting for,” Eskelsen García said. “Democrats and Republicans agreed with us.”

In general, nearly 50 percent of voters “strongly disapprove” of Trump’s performance in office, compared to roughly 30 percent who approve of the job he’s doing as president, according to election night CNN exit polls. A little more than 50 percent of voters feel the country is going in the wrong direction.

“The bottom line is this: if you have a poor neighborhood school that doesn’t have the funds or resources that those state-of-the-art, top-tier schools in your state have, then there’s something wrong with the way you fund your schools,” Eskelsen García said. “That’s what we’re going to take on.”

With more than 1,000 teachers, professors, ESPs, and other educators ready to take the oath of office in January, debates over education budgets and policies will take a different turn than in the recent past. Teachers and other educators will hold approximately 15 percent of state legislative positions nationwide as a result of the midterms, according to the National State Legislative Council.

In states like Kentucky, for example, where teachers walked out of schools amid pension reforms and budget cuts in the spring, 14 out of 51 teachers and educators won their elections.

“Their voice, credibility, and perspective are invaluable,” said Pugh.

Their expertise is also in dire need, according to the Center on Budget and Policy Priorities. In a report titled, “A Punishing Decade for School Funding,” the center found that over the last 10 years, 25 states are still providing less total funding per student than they were in 2008.

In Colorado, ESP Rochelle Galindo, 28, won her state House race. Galindo, who served on the Greeley City Council, is a member of the Boulder Valley Classified Employees Association and head custodian at Lafayette Elementary School. 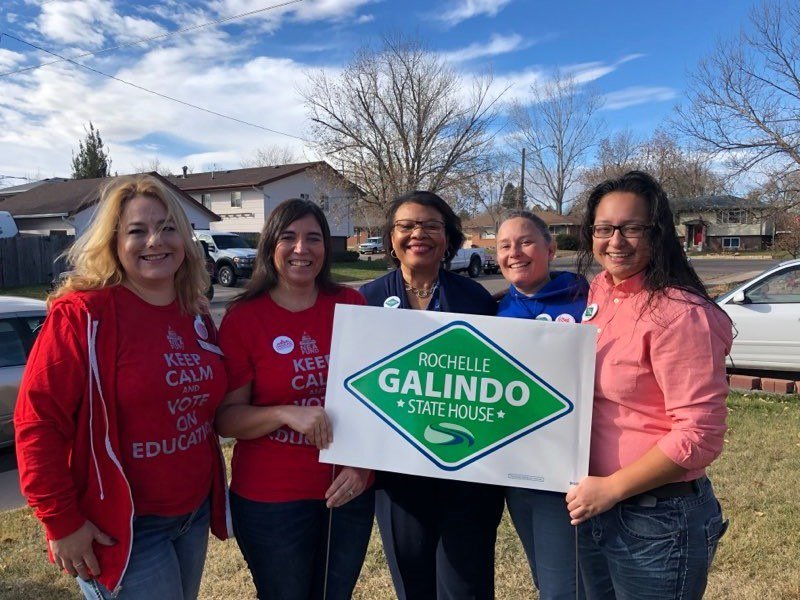 “Our schools continue to grow yet have to fight for a small pool of funding,” Galindo says on her campaign website. “I will fight to provide schools with the funding they need in order to establish a quality education for all Colorado students.”

The new resistance insists on being heard over the voices of Trump-DeVos and incumbents like Wisconsin Gov. Scott Walker.

“The Women’s March in Washington was an answer to President Trump’s inauguration,” Pugh said. “A number of women candidates stepped up, won primaries, and are now going to Congress.”

At the time of the march, which took place one day after Trump’s inauguration, Republican officials and conservative pundits said the activism would not last. Clearly, the movement sustained its energy and mission and has translated into real political change.

“It shows the importance of ongoing commitment and infrastructure,” Pugh said. “It led to the increased turnout.”

Pugh also stressed the importance of recruiting and training good candidates, such as through programs like NEA’s See Educators Run.

According to Politico, DeVos was mentioned in $3 million worth of political TV ads and dozens of Facebook ads, overwhelmingly Democratic. Her advocacy for vouchers, charter schools, dampening civil rights protections for students, and promoting loan servicing companies over student borrowers motivated voters in the opposite direction.

Says Eskelsen García: “Betsy DeVos touched a nerve. We asked our members to write to their congressman to oppose her. We were hoping for around 100,000 emails through our website, but we got over a million. They weren’t all NEA members. This caught the attention of the general public.”

Education was the No. 2 issue in campaign ads for most of the 36 gubernatorial races, according to the Wesleyan Media Project.

In Wisconsin, Democrat Tony Evers, a former teacher and current superintendent of public instruction, defeated Republican incumbent Gov. Scott Walker, primarily on a pro-education platform. According to polling by Marquette University Law School, approximately 40 percent of voters in Wisconsin put K-12 education as one of their top two issues.

Walker took office in 2011 and soon spearheaded passage of an anti-union act that dismantled collective bargaining rights, which accounted for median educator salaries dropping by 2.6 percent and median benefits by 18.6 percent.

Governor-elect Evers proposed increasing investment in all levels of education.