6 Programs New Educators Will Want to Know About

Once you graduate from your education program and leave your NEA student chapter behind, the door to support and camaraderie doesn’t close.
By: Brenda Álvarez
Share 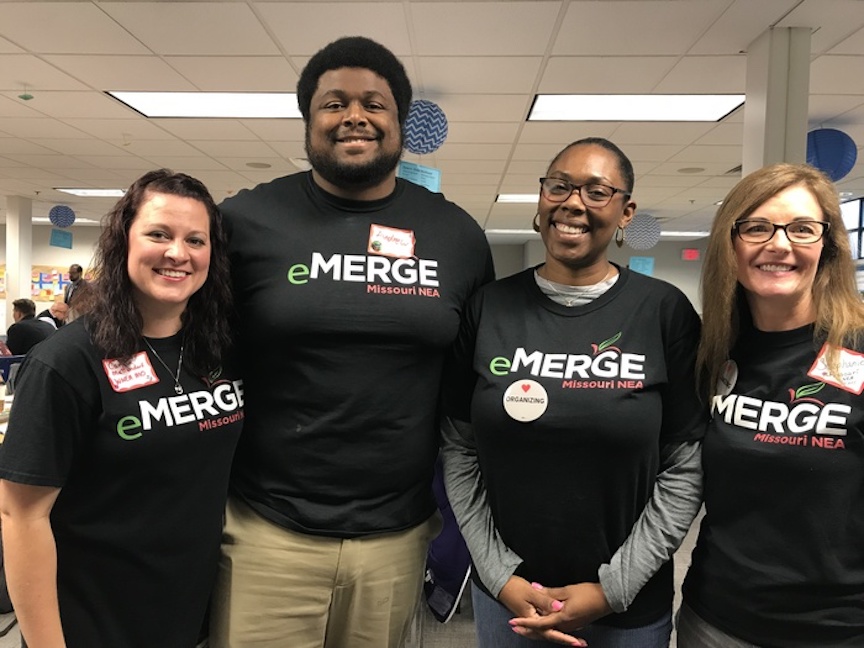 Where do you go for help with classroom management? What’s the difference between an IEP and a 504? Who can you connect with at your school when you’re feeling frustrated or isolated? These are some of the questions you may find yourself asking as a new—or soon to be new—teacher. Once you graduate from your education program and leave your NEA student chapter behind, the door to support and camaraderie doesn’t close. Across the country, state associations are escalating support to early career educators (those within their first 10 years of teaching). These early career educators are then reaching out to support new educators, who are one to five years into their teaching career. Some programs have been around for a few years. Others are in the beginning stages and need more educators to get involved. Here’s a snapshot of what some NEA affiliates offer: 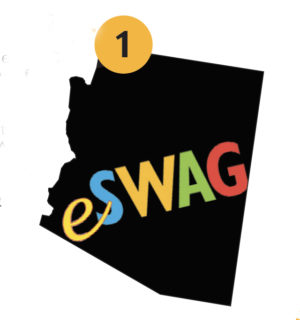 Arizona: The Arizona Education Association’s e-SWAG (Educators Soaring with Aspiring Goals) is a group of nearly 30 early career educators, who connect and collaborate with new educators to build personal and professional relationships through community outreach, networking, and political action. e-SWAG is in its fifth year and has provided new educators with the space to share their voices and opportunities for leadership positions. One of many successful efforts e-SWAG organizes is an educator bazaar. New educators receive free classroom supplies and materials donated by local retired educators.

This school year, e-SWAG members helped the Sunnyside Education Association to organize and run their own bazaar. “We had a lot of new teachers in Sunnyside who were interested in organizing the bazaar,” says Tori Schroeder, an English teacher at Sunnyside Unified School District and an e-SWAG advisory board member. “This helped with their leadership and organizing skills, and their confidence in being able to approach district officials in advocating and bringing opportunities to new teachers.” For more information, go to facebook.com/AEAeSWAG. 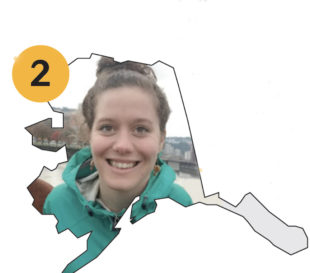 Alaska: To support new and early career educators—and help them stay and thrive in the profession—NEA Alaska launched NEST (New Educator Support Team), an initiative created to improve an educator’s practice through professional development opportunities, mentoring, and easy ways to get involved in issues that are important to students, teachers, and schools. NEST strives to bring educators together via fun social events, too.

The program launched in September and NEST members are looking for more early career and new educators to participate—like Devin Tatro, a first-year U.S. history and world studies teacher in Nome, Alaska.

“I was eager to get involved in advocating for the profession and what I hope to do [by being a part of NEST and the union] is add perspective, and communicate with NEA about the resources and tools new educators want, especially in Alaska,” Tatro says.

Remote villages throughout the state pose specific challenges. One of NEST’s goals is to create professional development and other growth opportunities that are specific to Alaskan educators. For more information, go to neaalaska.org/nest/. 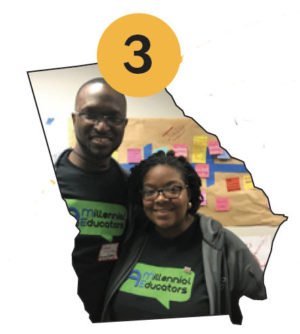 GAME member Krystal Roberts, a technology support specialist at Burke County High School, says, “The group helps a lot of us who are younger get together and learn how things work in the education system.” Edward Mobley, an upper elementary, behavioral specialist and special education teacher, adds, “I’m involved because it’s a way to communicate with other young educators and millennials and also [a way] to give back to the teachers just coming into the profession.

Roberts and Mobley agree that one of the organization’s main selling points is the opportunity to hear from other educators across the state about what they’re doing in their local districts. For more information, go to facebook.com/GAmillennialEducators/. 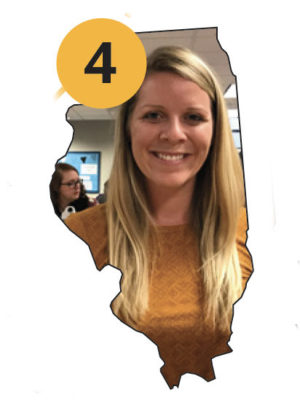 Illinois: The Illinois Education Association (IEA)’s Early Career Teachers (ECT) committee is a statewide group created five years ago to support members in their first 10 years of teaching. One of the committee’s main charges is to educate and engage new members. It does this via professional development opportunities, such as a recent Facebook livestream on “Nailing your First Parent Teacher Conference.”

The group also connects new educators to funding sources through IEA SCORE grants. Grants are offered to early career educators and have funded initiatives such as student-led school newspapers. The ECT committee is working toward putting systems in place that would spread best practices statewide. One local area, for example, made a new-hire handbook, which talks about the association structure, from building representatives and the local, state, and national associations to member benefits.

“We want to offer choices to our regions and locals,” says Traci Dean, a third grade teacher in Elmwood Park and a member of the ECT committee. “This way, they can decide what they need.” For more information, go to facebook.com/IEAEarlyCareer. 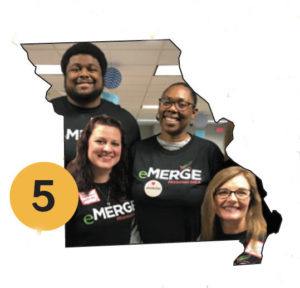 Missouri: Now in its fourth year, eMERGE is a statewide group of early career educators who are building personal and professional connections through community outreach, local organizing, developmental strategies, and political action. Members of eMERGE recently started a new educator program dubbed Reach-Out, a campaign that engages new educators within their first five years of teaching.

The goal, in part, is to boost morale, educator retention, and introduce them to the local association. “The reason I love being a part of the Reach-Out program for new teachers is that it provides an extra person who can serve as a resource and support for those who are just beginning their careers in education,” Andrew Hammond, a social studies and football coach, told the Something Better, the state association’s publication. “Even if they don’t sign up with NEA right away, we are still there to aid them and be a reliable resource.”

With the number of teachers leaving the profession on the rise, Reach-Out helps to keep new educators engaged throughout their teaching careers. “I know what it felt like when I first started,” says science teacher Carrie Mettendorf, chair of Reach-Out. “It’s overwhelming and intimidating. I didn’t understand half the lingo when I first started. I don’t want others to feel that way. I want to keep new educators in the profession, and I want to keep them excited about learning and keep their passion alive.” For more information, go to facebook.com/mnea.emerge/. 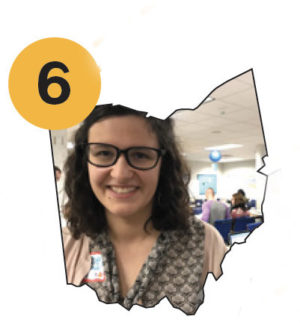 Ohio: In 2016, the Ohio Education Association formed Ohio’s New Educators (ONE), a community of professionals who focus on the support of early career educators. The group engages and empowers educators to become relevant, active, and visible leaders in the profession through collective action. ONE members were highly visible during efforts to end Ohio’s Resident Educator Summative Assessment (RESA), a punitive assessment that determined whether a teacher could continue to teach in his or her third year of teaching.

After much organizing, advocacy, and testifying by early career educators, those who lost their license were readmitted into their classrooms. The group also influenced policymakers to improve RESA. The new version reduced the number of tests from four to one, and there is now one video, not two.

Feedback, which was missing in the previous version, is now provided. “Sometimes real change doesn’t happen at the statehouse, but rather in conference rooms with the people who make decisions, and early career educators deserve a seat at the table. We are the ones impacted by these policies and we should be able to speak out against them and guide policy that supports the best teachers,” says ONE chair Isabel Bozada, a second-grade teacher for Reynoldsburg City Schools. For more information, go to facebook.com/OHneweducators.