President Biden’s nomination of Dr. Miguel Cardona as his education secretary shows he is serious about investing in public schools and listening to educators on what students need to succeed. 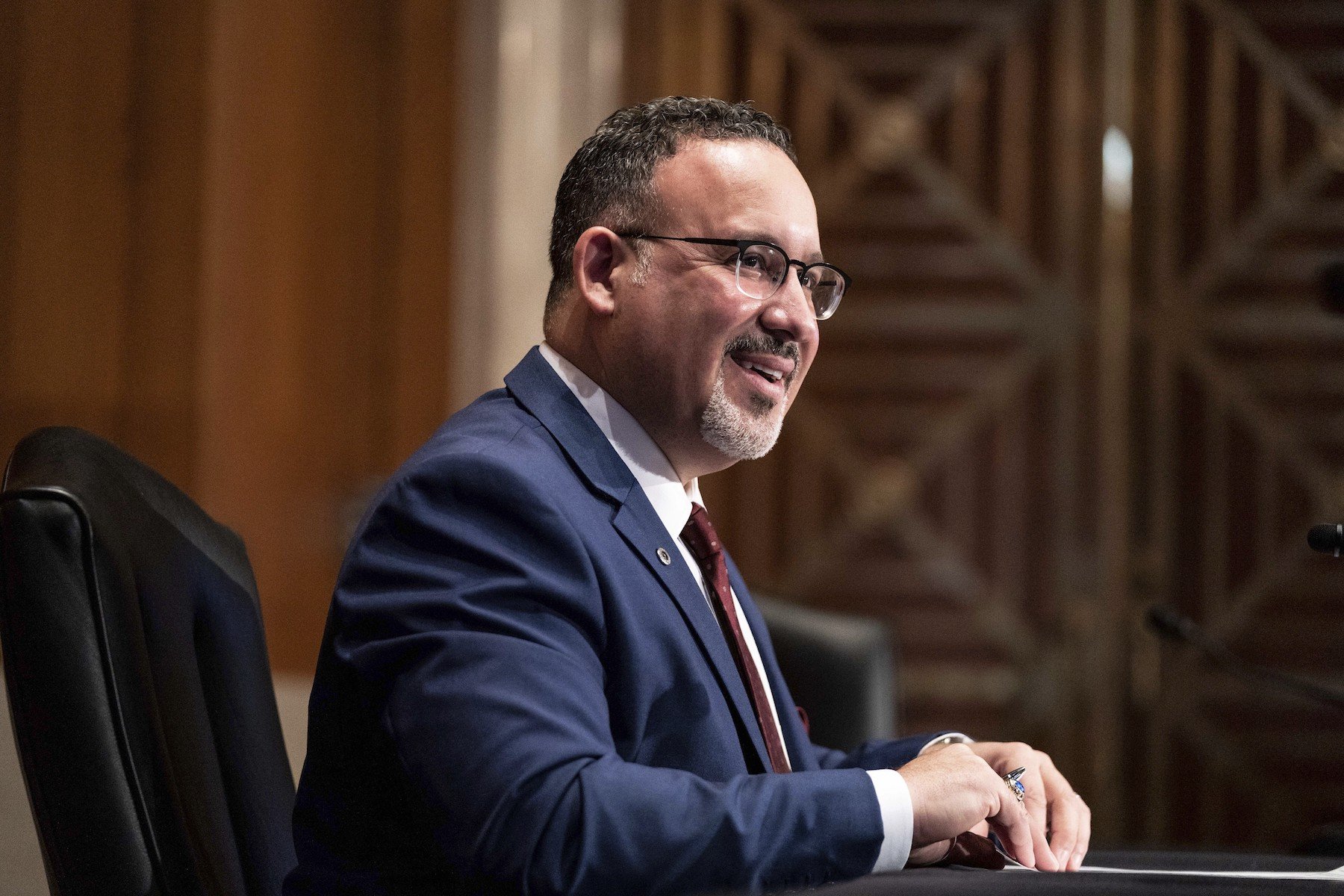 During the Biden-Harris administration, educators will have new opportunities to advocate for policies at the federal level that will benefit the lives of students, families, and school communities. Issues such as decaying school infrastructure, the digital divide, and lack of access to school nurses and counselors—the results of unjust funding and policies born of white supremacy—will begin to be corrected.

President Biden’s nomination of Dr. Miguel Cardona as his education secretary shows he is serious about investing in public schools and listening to educators on what students need to succeed.

Lauren Mancini-Averitt is a high school social studies teacher in the Meriden School District, the same district where Miguel Cardona taught 4th grade, served as an elementary school principal, and later was named Assistant Superintendent for Teaching and Learning.

“he is truly an educator. He’s inquisitive, he listens, and he knows how to work collaboratively,” says Mancini-Averitt, who is in her second year as a local president and her 31st year of teaching.

She says Cardona didn’t “turn all of that off” when he left the classroom to become a principal, or when he was tapped to write a new teacher evaluation plan required by then-Gov. Dan Malloy. Cardona, who is committed to union-management collaboration, worked closely with educator unions to craft that plan.

“He doesn’t walk in the room to be an official,” Mancini-Averitt says. “He walks in to learn what’s going on in the classroom or the school.”

The Connecticut Education Association says Cardona shares many of their priorities.

Cardona, who is currently Connecticut Education Commissioner, has long focused on education equity and is acutely aware that issues inside the schoolhouse and outside the schoolhouse–such as food insecurity, homelessness, and economic instability—have a tremendous effect on student learning. He gained that awareness not only through teaching; Cardona himself grew up in poverty in public housing in Meriden.

Given the commitments Biden has made to support public schools and address systemic inequities, educators should expect a 180-degree turn away from the lack of leadership and direction seen under Donald Trump’s Secretary of Education Betsy DeVos.

Here are seven things educators can expect from the Cardona-led Department of Education that supports President Joe Biden’s priorities. They will:

Biden’s American Rescue Plan puts public education front and center. The plan includes a massive effort to contain the virus through vaccinations and support for public health systems. It sets aside $130 billion for K-12 schools to help restore in-person learning and operate safely. Districts could use the funds to reduce class sizes, modify spaces to comply with social distancing guidelines, and hire custodians, nurses, and counselors to support students. Another $35 billion would go to public institutions of higher education to help them implement campus safety protocols and provide emergency assistance for millions of students.

President Biden opposes schemes that pull money out of public education. He has stated that“when we divert public funds to private schools, we undermine the entire public education system. We’ve got to prioritize investing in our public schools, so every kid in America gets a fair shot. That’s why I oppose vouchers.” Vouchers continue to facilitate racial and socioeconomic segregation and weaken the wall of separation between church and state within our education system. By opposing the enactment of any new voucher programs or the expansion of existing programs, all public schools are protected.

On his first day in office, President Biden extended the pause on student loan payments during the COVID-19 pandemic. He has also encouraged Congress to pass legislation to erase $10,000 in federal student loan debt per student.

Public education should be our first priority. Any program that diverts resources from the public schools that 90 percent of American students attend by definition undermines the promise of public education. As education commissioner for the state of Connecticut, Cardona (a former classroom teacher and union member) emphasized that advocacy for public schools was “the core work that not only myself but the people behind me in the agency that I represent will have.” Cardona also has experience holding charter schools accountable. In February 2020, the Connecticut State Board of Education placed three local school districts within the Achievement First charter network on probation after they repeatedly violated the state’s ground rules for operating a public school. Cardona said the network’s repeated non-compliance with state regulations made it seem like Achievement First thought of their oversight as “somewhat of a nuisance.”

The over-reliance on high-stakes standardized testing in district, state, and federal accountability systems is undermining education quality and equity in U.S. public schools. Education Secretary-designate Miguel Cardona has previously criticized linking state tests to teachers’ evaluations, saying of his work in Connecticut, “Not reducing a teacher to a test score and bringing the voices of teachers and leaders into the process of professional learning–those are two things I really felt like I had to champion.” The Biden-Harris administration acknowledges that students deserve the opportunity to demonstrate their knowledge in multiple ways, including the ability to apply that knowledge as part of a project or performance assessment.

About 16 million students don’t have the broadband internet and/or technology they need to participate fully in virtual learning. Like education, access to technology can be a great equalizer; its absence creates a digital equity divide. The federal government can help bridge the digital divide by bringing new technologies and the power of high-speed internet to urban, rural, and under-resourced communities nationwide. In June 2020, Cardona said, “Fixing the digital divide is a major focus” during the Covid-19 pandemic. An analysis found that under Cardona’s leadership, Connecticut was “the first state in the country to provide its public school students with universal access to learning devices,” including “a laptop and access to high-speed internet so they can log in to school remotely during the pandemic.”

The Biden administration supports funding to help schools address the homework gap and plans to prioritize new infrastructure for students and communities of color to increase access to high-speed broadband. NEA strongly encourages Congress to supply this support through the effective, equitable, and proven E-Rate program.

As a union member, Cardona has supported educators’ rights. The Board of Education Union Coalition, representing over 60,000 teachers, supported his nomination for secretary of education, calling Cardona “a positive force for public education — light years ahead of the dismal Betsy DeVos track record.” Additionally, Cardona was backed by the Connecticut Education Association, who said “his years as a teacher and administrators have been ‘critical to his accomplishments as Connecticut Education Commissioner.’”

Joe Biden believes “the federal government should not only defend workers’ right to organize and bargain collectively but also encourage collective bargaining.” He plans to make it easier for all workers to unionize and supports educators being able to bargain for better pay and benefits in addition to having a voice in decisions that affect their students. The Biden administration plans to provide a federal guarantee for public sector employees to bargain as their private-sector coparts have.