A 9 to 5 School Day: Are Longer Hours Better for Students and Educators?

As longer school days become more popular, educators are making sure that additional time is more than just change for change's sake.

In 2004, Kuss Middle School in Fall River, Massachusetts, was labelled a Level 4 or "chronically underperforming" school, a lowly status that made it the focus of increased oversight and intervention. By 2013, however, Kuss, along with other struggling schools in this high-poverty district, had pushed its ranking all the way to Level 1. Whereas many interventions can impose punitive measures that divide communities, the improvement in student achievement at Kuss has been credited in no small part to longer school days or extended learning time (ELT) - a reform championed by many school officials, educators, parents, and community leaders.

"We've seen schools that have added as many as 90 minutes to their day improve quite dramatically," says Rebecca Cusick, a fourth-grade teacher and president of the Fall River Educators' Association.

Massachusetts has been a leader in ELT for more than a decade. In 2005, the state legislature created the Massachusetts Expanded Learning Time Initiative and approved major funding to support high-poverty schools that lengthened the school year. The initiative currently supports 19 schools and more than 10,000 students. Individual models may differ, but the schools have all lengthened their calendars by approximately 300 hours annually. For a school on a typical 180-day calendar, this translates to roughly 90 minutes of additional classroom time daily. The extra time is used for core subject instruction, teacher professional development, and student engagement activities.

Schools are provided with more "comprehensive educational experiences as well as more informal play time and social development opportunities that too many schools today are not able to provide simply because they don’t have enough time to do so,” explains Jennifer Davis, co-founder and president of the National Center on Time & Learning (NCTL).

The popularity of longer school days got a major boost in 2013 with a joint program between NCTL, the U.S. Department of Education and the Ford Foundation called the “Time Collaborative." This three-year initiative involved 40 schools in the states of Colorado, New York, Connecticut, Massachusetts, and Tennessee. Outside of major projects like this, more school districts across the country are also stretching the school day, although in less ambitious ways.

But the shift to longer school days comes with pitfalls or, at least, unmet expectations. And even those educators who are in schools that have successfully implemented ELT initiatives will be the first to issue a warning - a longer school day is not for everyone.

Currently, around 1,500 schools across the country have extended learning hours, a significant increase since 2009 when only 650 had implemented the shift. Its popularity in some communities won't necessarily be replicated in others, says Adam Urbanski, president of the Rochester Teachers Association.

What ELT allows us to do is offer enrichment programs that we would not otherwise have the time to offer. Academics are a part of the program, but students also have the opportunity to participate in different interests - arts, sports, engineering, computers, martial arts. Anything is possible." -  Rebecca Cusick, president, Fall River Educators' Association

"It can work, but extended learning time is not the panacea many of its advocates claim it to be," he cautions.

The question is, will the care and precision that has made the program successful be diminished or even ignored as enthusiasm grows?  (The National Education Association does not have an official position on longer school days, only that the process should be carefully planned and collaborative.)

Research on the academic impact of longer school days is mixed. The Massachusetts Department of Education conducted a study in 2006-07 and found that increasing the school day by 25 percent resulted in an improvement in test scores of 5-10 percent. Other districts, including Washington, D.C., found no such correlation. Again, different communities use different models, so comparing results can be unreliable.

Skeptics of longer school days point out that high-achieving nations such as Finland, Singapore, and China have chosen not to take this route, opting instead for maximizing learning and collaboration time during the traditional schedule. Indeed, according to the Organization for Economic Cooperation and Development, U.S. teachers already spend more time in direct instruction with students than their peers in practically every other developed country.

And extended learning requires money - lots of it. In Fall River, grants have been essential as the district, despite its commitment to the program, has struggled to maintain funding. Rebeca Cusick in Fall River acknowledges this challenge, but says it is not a reason to turn away or abandon the initiative.

"As costs increase, we  are going to have to get creative to make it work."

The interest in longer school days has extended beyond the immediate impact on students and educators. A recent study by the Center for American Progress sounded the alarm about how the traditional school schedule is out of sync with the realities of the economic climate. Specifically, school schedules are misaligned with the work schedules of parents, forcing them to split their time "between being a committed parent and being a committed working professional."

“Schools make it really hard for working parents—and particularly, working moms—to fulfill all their responsibilities,” explains Catherine Brown, Vice President of Education Policy at CAP. ‎”Better aligning school and work schedules ought to be a core component of a progressive agenda to help working families.”

CAP recommends states and districts introduce a new "model of choice": 9-to-5 schools. These schools would be concentrated in low-income communities, supported by new competitive grant programs and a commitment to "rethink their requirements on instructional time, including by increasing the minimum number of hours that students are required to be in school," according to the report.

But do students have the stamina to endure that lengthy daily schedule? Vicki Abeles, author of Beyond Measure: Rescuing an Overscheduled, Overtested, and Underestimated Generation, wrote in The New York Times last year about burdening already stressed-out students with a longer school day:

"Many of our children are already stretched to unhealthy breaking points, loaded down with excessive homework, extracurricular activities and outside tutoring because they’re led to believe high test scores, a slew of Advanced Placement classes and a packed résumé are their ticket to college and success. This has led to an epidemic of anxious, unhealthy, sleep-deprived, burned-out, disengaged, unprepared children -- and overwhelmed and discouraged teachers.The key is creating a healthier, more balanced, more engaging and effective school day, not a longer one."

But in many of those communities where extended learning time is successful, the idea was never about overloading addled brains with more core subject instruction.

"What ELT allows us to do is offer enrichment programs that we would not otherwise have the time to offer," says Cusick.  "Academics are a part of the program, but students also have the opportunity to participate in different interests - arts, sports, engineering, computers, martial arts. Anything is possible."

Getting Bang for the Buck

This focus on enrichment programs is also a pillar of the Extended Learning Time initiative in Rochester, New York, launched in 2013.

The program works in Rochester, says Adam Urbanski, because the focus has always been not just on more time, but better time -  and on the students who need it the most.

"Some students need additional time, not all students. Those who benefit from it are usually those who don't have adequate conditions for continuing learning after school, whether at home or in the community," explains Urbanski. 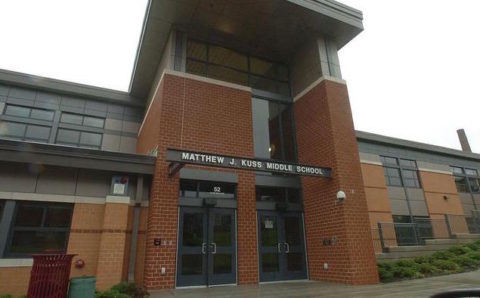 Critical to the program's success In both Fall River and Rochester was the effort to build consensus in the school and community and empower educators to play a leading role in determining how the additional time was spent.

"If you ask the average teacher, 'Do you think longer school days work?' The answer will probably be, 'Well, that depends,'" says Urbanski. "So we have been vested in making sure that this was done right."

In Rochester, then-superintendent Bolgen Vargas and the Rochester Teachers Association agreed that extended learning was an initiative that had to be designed and implemented with educators, not to educators. (And not to parents either. There are various avenues to opt-out of the initiative for those parents who prefer their child not participate, but overwhelmingly in Fall River and Rochester, buy-in from parents has been a constant.)

Obviously, teachers would have to be compensated for the extended time, but they have also been determined to make the time work for their students. Thanks to a provision in the union contract known as the "School-Level Living Contract," Rochester educators have the autonomy and flexibility to make decisions regarding how the extended time was utilized.

Some school have had rougher transitions than others, but overall the extended learning time initiative in Rochester has won positive reviews from district leaders, educators, and parents.

"If done consensually with the teachers, and if you acknowledge that it works for some not all students, and you use the time meaningfully, then yes, we should acknowledge that longer school days can work," says Urbanski. "You can get a lot of bang for the buck."

Educators in Seattle are now in the process of helping decide how to utilize an additional 20 minutes. that will be added to the school day in 2017-18, part of an agreement between the district and the Seattle Education Association (SEA). Although the amount of additional time is significantly less than in other communities, the switch will affect every school. The district, in partnership with educators, is currently collecting feedback from parents on how to use this additional time.

"Many educators aren't convinced that merely lengthening the school day will necessarily do anything," says Michael Tamayo, a fourth- and fifth-grade teacher and a member of the SEA bargaining team. "But we want to make sure that it is used properly to really bring results for the students. That's what we're focusing on now."

Even 10 years on, the ELT initiative in Fall River is an evolving process, says Rebecca Cusick.

"The district has been great about being committed to making this work, and as we learn what the challenges are, we are constantly adjusting how we approach ELT. But schools that don't have it, want it. Teachers see what the possibilities are and they want that for their students."