Upholding the principles of academic integrity over a corporate agenda: NEA Higher Ed faculty are working on it.

Between 2005 and 2013, the billionaire Koch brothers spent at least $68 million on college and university campuses — to fund faculty, research and publications, and to spread their anti-worker gospel to generations of students.

Last week, NEA Higher Ed faculty and staff leaders sat down in a windowless room in Orlando, Fla., and pledged to shine a light on those Koch campus investments — as well as the pernicious effects of the broad “corporatization” of public higher education.

“This is about corporate interests trying to control higher education. The Koch brothers are just one of those interests,” said Theresa Montano, president of NEA’s National Council for Higher Education, who called for greater transparency of where that money goes and what exactly it buys.

Efforts to “unKoch” campuses aren’t new — but last week in Orlando, during a pre-conference activity of the NEA/AFT Joint Higher Education Conference, a team from “UnKoch My Campus” shared data about Koch’s efforts to undermine public education, workers’ rights, and environmental protection through donations that influence faculty’s academic freedom and curriculum.

“Every dollar spent by Koch in academics is there for a reason,” warned Lindsey Berger, co-founder of UnKoch My Campus. Berger read aloud to conference attendees a 1974 quote from Charles Koch, one of the two right-wing brothers, who said: “There are basically four ways in which we can fight for free enterprise. Through education, through the media, by legal challenge, and by political action…I do maintain however that the educational route is the most vital and most neglected.”

But with $68 million spent over just five years, these days public higher education isn’t a neglected avenue of influence for Koch. Using public records, UnKoch’s activists have assembled an online database of Koch campus donations, which range from a whopping $34.6 million to George Mason University, a public university in northern Virginia, to a mere $1,000 at Northern Michigan University. 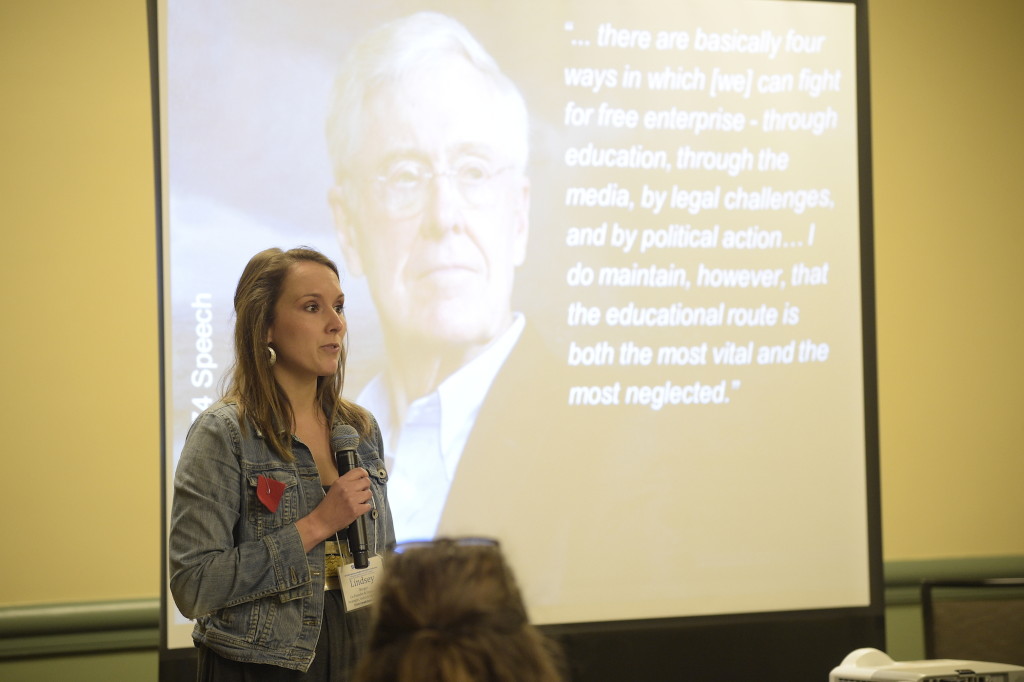 The details of the Florida State University (FSU) deal, which were uncovered in 2011 through Florida’s public records laws, particularly galled faculty and staff. With a $4.6 million investment over the past few years, Koch received partial control over the hiring of five faculty members and their job performance reviews, and direct access to the curriculum taught to students, records show. Lakey, founder of the Foundation Against Corporatization of Education and a FSU graduate assistant, pointed to a department memo from the FSU’s economics chair, who at the time wrote to his colleagues:

Essentially, the public university is for sale, warns Tom Auxter, president of the United Faculty of Florida, a NEA-AFT affiliate. And just imagine the consequences for students, who will learn only what benefits billionaires, not what serves the public good or democracy.

Information is power, suggests the UnKoch team. In 2014, when the public grew more aware of the radical agenda of the shadowy American Legislative Exchange Council (ALEC), a “charitable” organization funded by Koch and other corporations to pass right-wing state legislation, including so-called anti-worker “Right to Work” laws and pro-gun “Stand Your Ground” laws, pressure built. Massive corporate support began to melt, and mainstream companies like Coca-Cola, Johnson & Johnson, and AOL dropped their memberships in the group. 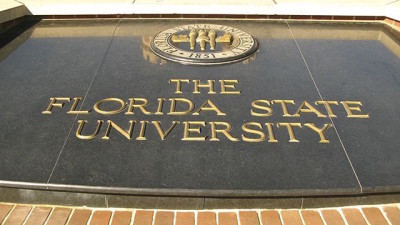 $4.6 million has bought the Koch brothers a considerable amount of influence over curriculum and faculty at Florida State University.

Pressure for greater transparency also can be built on campuses, especially public campuses, UnKoch’s founders suggested — and they pointed to several universities that have rejected corporate money with strings attached, including Yale University, which once returned $20 million when a corporate donor demanded control over faculty hiring. (Of course, it may be easier for a wealthier school to say no: Yale’s endowment hit $23.9 billion last year, while state investment in public higher education still hasn’t returned to 2008 levels.)

To create the kind of public pressure that leads a university to say no to money-with-strings-attached, faculty, staff and students should work together to first find the necessary information: UnKoch’s database is helpful, as are university donor agreements, which often are public records and must be provided by law.

At California State University-Northridge (CSUN’s), Montano’s campus, it was interesting to note that Koch’s money ($5,000 in 2013) actually was provided to CSUN’s foundation, which makes it more difficult to track. Last year, the California Faculty Association worked hard on behalf of a state bill that would have required the foundation to be more transparent, but ultimately, it was vetoed by the governor. CFA will continue to press its case, Montano promised.

“This is something we need to work on,” she said. “It’s millions of dollars, and we don’t know where it’s coming from and how it’s spent.”

That latter question, of how a corporate donation is spent by administrators, is important. A record of investment often isn’t enough to make a case for disinvestment. What exactly are they buying?

At the University of Maine-Machias, a quick Internet search by UnKoch leaders showed that a small Koch grant — coordinated by an economics professor who once worked for ALEC — paid for guest lectures on “environmentalism.” (Consider that the Political Economy Research Institute ranks Koch Industries as the fourteenth worst air polluter in the U.S. in their Toxic Release Inventory…)

That kind of evidence can fuel activism, like the petition from students at Massachusetts’ Suffolk University, asking the university to fully disclose its financial relationship with Koch, stop taking its money, and review Suffolk’s research methodology. Since the FSU deal became public, at nine Florida universities, including FSU, students and/or faculty have passed resolutions declaring any affiliation with Koch to be a threat to academic freedom and imploring administrators for the “exposure and removal of all influence” from their campuses.

“As students begin to recognize what’s happening and to fight back, we know the tide will start to turn,” promised UnKoch’s founders. “Collectively, you have tremendous power to uphold the principles of academic integrity over a corporate agenda.”