After Years of Cuts to Playtime, Parents and Educators Are Bringing Recess Back

A well-rounded child is not one who sits and takes tests all day. It’s time for schools to return students to a healthier state of play. 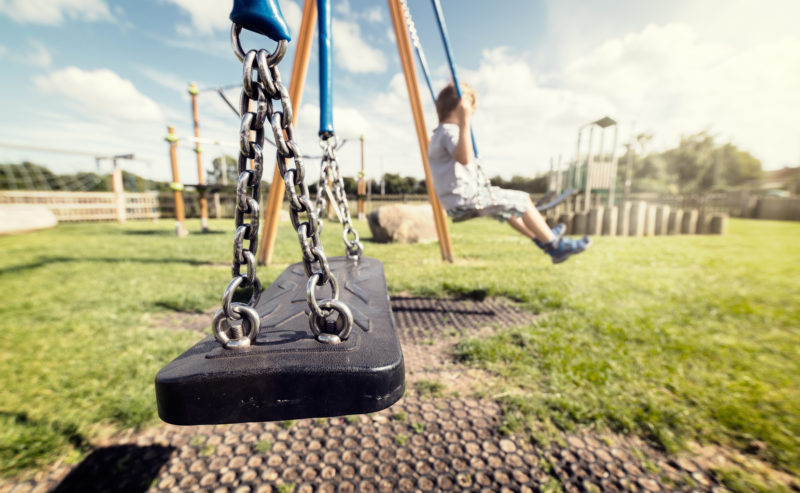 Last year in Seattle public schools, low-income kids won an equal right to play, thanks to a fierce coalition of Seattle teachers and parents who set up an unbeatable campaign to bring recess back to the school day.

Similar efforts are taking place across the U.S., as educators and parents take note of how the No Child Left Behind (NCLB)-era of high-stakes, high-stress testing altered their children’s school day, lengthening the hours that students stay in their seats and squeezing the minutes they swing across playgrounds. It’s time, they say, for the school day to return to a healthier state of play.

In recent years, mandatory-recess legislation has been introduced in at least four states, including Florida, Illinois, New Jersey, and Rhode Island. Meanwhile, one Texas school has jacked up its daily allotment of recess to four times a day. Recess supporters point to the health benefits of exercise and movement, the way that physical activity supports cognitive development, plus the critical social and emotional learning that takes place when children have unstructured, free time to play.

“It’s been alarming to see the way that No Child led to less recess. Recess has cognitive, emotional, social benefits, and lots of research to support it,” says Terri Drain, a National Board certified physical education teacher in Alameda County, Calif., and a member of the Society of Health and Physical Educators (SHAPE) board of directors. “I would call it a crime, actually, to deny physical activity to kids…. We’re just not designed to sit still.”

in 2014, about two out of 10 U.S. elementary schools had no daily recess, according to the U.S. Centers for Disease Control and Prevention. Generally, middle and high schools have even less.

With the passage of the new Every Student Succeeds Act (ESSA) and its welcome focus on local-and state-designed standards, “it’s a great time to spark conversations around what a well-rounded child looks like. It’s not one who sits and takes tests all day,” says Collin Brooks, a National Board certified physical education teacher from Bend, Ore., and the president of Oregon SHAPE. (To find out how you can get involved in those conversations in your community, visit Get ESSA Right.)

At Brooks’ school, the younger kids get three recesses a day, while the older ones get two. But not all kids are so lucky. In Florida this year, parents complained to state legislators that some schools had zero. (Their mandatory-recess bill passed almost unanimously in the Florida House, but stalled in the state Senate.) Overall, in 2014, about two out of 10 U.S. elementary schools had no daily recess, according to the U.S. Centers for Disease Control and Prevention. Generally, middle and high schools have even less.

Making matters worse in Seattle, where there was no district policy on recess, whether students got a healthy break in their day often depended on whether they went to school in a wealthy community, notes Michael Tamayo, a fourth- and fifth-grade teacher and a member of the Seattle Education Association bargaining team.

In fact, a 2014 National Public Radio investigation of recess in Seattle found stark divisions between wealthier, predominantly White schools and those serving more students of color and more low-income families. While the more privileged group would get upwards of 45 minutes of recess a day, poorer, Black students typically had no more than 15, and sometimes none.

“Parents started the conversation, via social media, about equity in recess. They were the real catalysts, first engaging with individual schools,” Tamayo says. But when the union surveyed its members in 2015, as a precursor to contract negotiations, they found equal concern among Seattle educators. “The one question that got everybody was, ‘Do you think your students get enough unstructured time in the day?’ And everybody said no.”

The Value of Playtime

What Seattle parents and educators understood intuitively is this: Play is not a break from learning. Play is learning. Fred Rogers, aka Mr. Rogers, called play “the work of childhood.”

What happens on the playground as kids negotiate games and navigate their world gets to the heart of social and emotional learning (SEL), another casualty of the NCLB era. “They need to be able to make up their own rules, to learn to get along with each other, to solve problems—and they don’t do that at an organized soccer practice,” points out Drain. In fact, one study found that six-year-olds who engage more in unstructured play are better decision-makers, and more capable of social relationships.

“If we’re really walking the talk about 21st century skills, creativity is one of them, and it goes hand-in-hand with play,” says Drain. “Think about those high-tech companies, like Google, and how they provide their employees with opportunities for play. They know it’s how to get the best productivity out of them.” 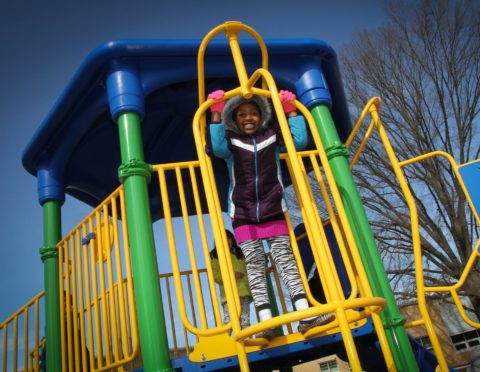 A 2014 study found that 6-year-olds who engage more in unstructured play are better decision-makers, and more capable of social relationships.

It’s not just Silicon Valley. This is yet another lesson on effective schooling that we could learn from Finland. Over there, Finnish teachers and students typically break for 15 minutes every hour. Similarly, in much of East Asia, it’s 10 minutes after every 40-45 minutes.

In the early 1990s, University of Minnesota’s Anthony Pellegrini, the wise elder of recess research, proved the wisdom of brain breaks. By measuring students’ attention before and after recess, he found students were significantly more attentive to schoolwork after the four-square balls were stashed. He also found that the more delayed the break—in other words, the longer a lesson dragged on—the worse students’ attention was.

“In a perfect world, students would be getting out of the seats, getting physically active and increasing their heart rate, every 20 minutes,” says Brooks.

Meanwhile, even as headlines acclaim the relationship between exercise and brain function in aging adults, an expanding body of research shows that children get the same benefits. While one study showed students score better on math tests if they go for a walk first, another found that the areas of the brain devoted to learning are bigger in kids who exercise more. In 2014, a University of Illinois study invited 100 children to participate in an activity-based, after-school program, while 100 other students kept to their usual routine of TV and PlayStations. One year later, the well-exercised children showed more improvement in cognitive scores.

And then, there are the benefits to physical health to consider, too. In 2012, more than a third of U.S. children and adolescents were obese, and every one of them faces increased risk for heart disease, diabetes, bone and joint problems, and social and psychological issues. “That alone should encourage schools and school districts to incorporate more physical activity during the day,” says Brooks.

They’re probably not getting it at home. Concerns about neighborhood safety, coupled with the multiplication of video game technology, means a whole lot of kids sitting around for a whole lot of hours. “When kids sit in front of a screen for three, four, six hours a day, you can figure out what’s being taken out of their day—it’s play and physical activity,” says Drain.

Bringing Recess Back to Seattle

So what did Seattle educators and parents do? They got organized! In late 2014, parents, students, and teachers first rallied for recess at a school board meeting. Petitions were signed by the thousands. Then, during the summer of 2015, equitable recess became a driving issues in SEA’s contract negotiations with Seattle Public Schools.

With so much community pressure on the district to even the playing field, and invest in children’s minds and bodies, recess turned out to be an easier issue to settle, says Tamayo. “There was no back-and-forth on our proposal, it was just ‘we accept this,’” he recalls. Specifically, the new contract ensures every Seattle student gets the opportunity for at least 30 minutes a day of unstructured recess— “no matter your school, your income level, or your background,” says Tamayo.

You need to establish a really positive school culture where students understand inclusion, that we play with everybody, and where they’ve learned the skills to resolve conflict." - Terri Drain, physical education teacher

How those 30 minutes are allocated is up to the classroom teacher. Nor does the contract bar educators from using recess for academic or disciplinary reasons. If a teacher wants to use that time to tutor a student, or do some problem-solving around discipline, she can. “There are only so many minutes in the day to develop those relationships,” says Tamayo, adding, “we see it not so much as an opportunity for punishment, but for relationship-building.” (In 2012, the practice of withholding recess to punish students was condemned by the American Academy of Pediatrics. It also has been forbidden by law in at least 11 states.)

At Tamayo’s school, students now enjoy a 15-minute break before lunch, and another after lunch. His school also has a new activities coordinator, who organizes lunch-time games like tetherball or kickball. Having options is good for kids, says Brooks. His school also has a kickball league that competes during recess, plus a jogging club, and “lots of kids who create their own games.”

As recess returns, schools should make sure to have adequate physical equipment, “stimulating stuff,” says Terri Drain. "Things like rope ladders or climbing rocks will get students developing skills and moving competently in different environments," she says.

At the same time, educators also need to equip students to resolve playground spats and model inclusive behaviors. “You need to establish a really positive school culture where students understand inclusion, that we play with everybody, and where they’ve learned the skills to resolve conflict,” says Drain.

Most of all, classroom teachers shouldn’t consider recess to be time lost for instruction, says Brooks. “Don’t look at it as taking something away, but as giving something to our students, and increasing the likelihood they’ll be successful in the classroom.”