Although many experts say a new schedule can take the pressure off the school day and improve student engagement, the transition can be demanding.

Kerry Beton, a literacy teacher at Boeckman Middle School in Farmington, Minn., says there is more of a "calm" at her school this year.

"We have less behavioral issues because there's less chaos in the hallways. The pace just seems to be little different, a little slower," she says.

So what happened at Boeckman in between this year and last year? Beton credits the switch to a block schedule. Last fall Farmington's two middle schools joined the district high school in transitioning to fewer, longer periods during the day - four 80-minute classes, instead of nine, 44-minute classes.

While Beton appreciates a less hectic day, the most valuable benefit of these longer periods is the opportunity for more in-depth learning. "Now we have the time to take the lessons further and really engage students."

That is not to say that the new schedule doesn't require adjustments from her colleagues, students, their parents and school staff. "This is definitely a work-in-progress," Beton says.

Changing a school schedule is an enormously complex and often contentious business, but block scheduling, hardly a new idea, is making something of a comeback. The instructional limitations of a traditional schedule that have frustrated teachers like Beton have largely driven the renewed interest, says Dr. Michael Rettig, founder of School Scheduling Associates and a former professor in the College of Education at James Madison University.

"There’s been a desire to get out of that rut and give teachers a little more flexibility in the instructional strategies they can use in longer periods of time, which allow for deeper thinking and project-based instruction," Rettig explains.

There is, however, another compelling issue that has come out of the shadows over the past few years, says Denise Pope, senior lecturer at the Stanford Graduate School of Education and co-founder of Challenge Success, a program that promotes student well-being and engagement in school.

“If you follow kids over the course of a school day, you'd see that they're exhausted. The entire education system has created a pressure cooker for students and staff,” says Pope. “School is now all about the grades, it’s all about the test, the homework, and it's really just a lot of jumping through hoops."

Writing in The New York Times, Vicki Abeles asked, "Is the Drive for Success Making Our Children Sick?" Pope says yes, particularly in high schools where the pressure to excel has reached alarming dimensions. Until recently the issue been ignored or at least shrugged off as some sort of rite of passage on the road to success. 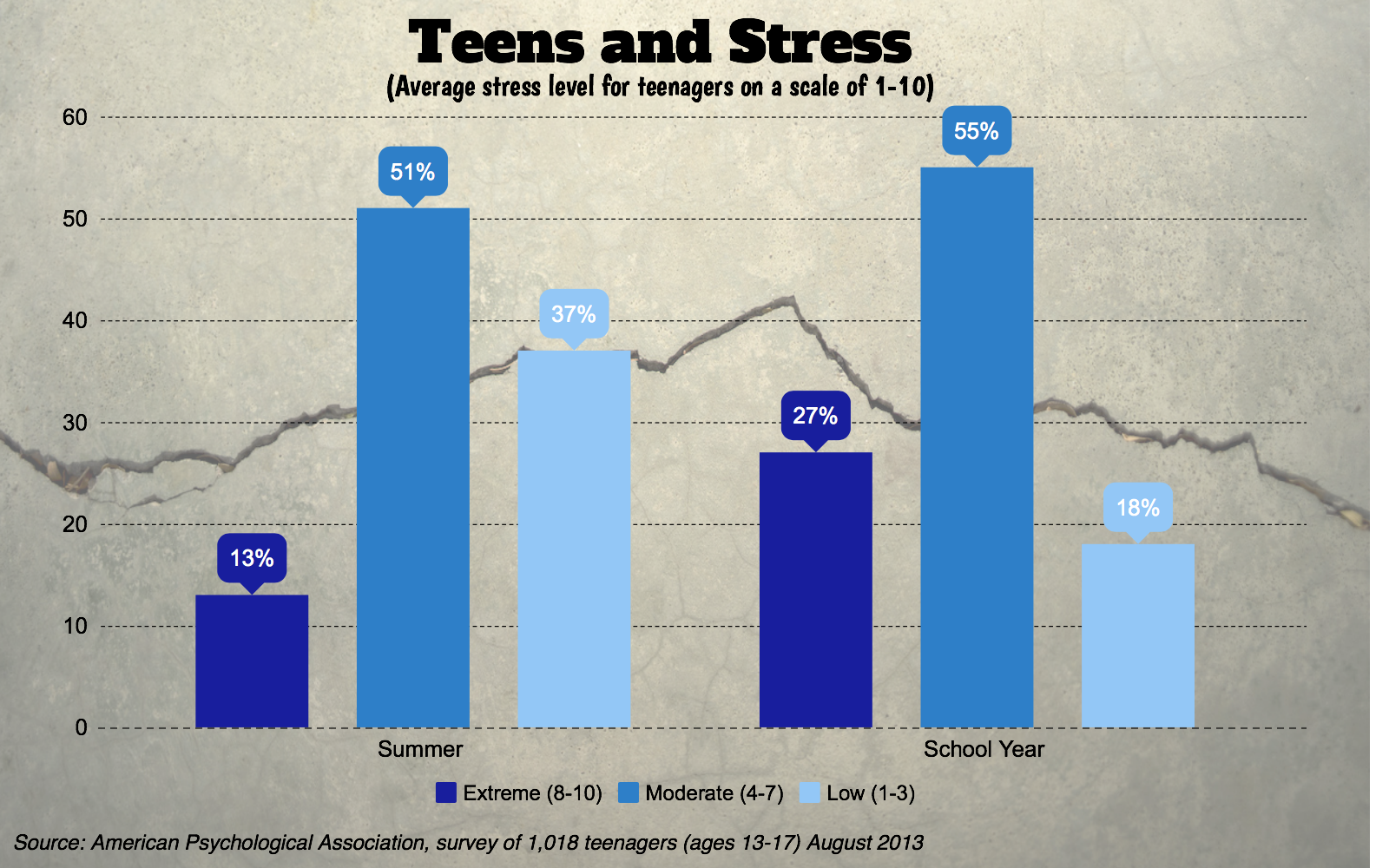 The majority of schools still operate on a traditional seven-period schedule, with each class lasting between 40-50 minutes. Block scheduling, a popular alternative for some schools, can mean different things to different people because there is no one-size-fits-all model. The most prevalent template is the "A/B" schedule in which students sign up for eight classes every school year, taking four of them on the 'A' days and the other four on the 'B' days. All classes meet for longer periods, usually around 80-90 minutes. Under the less common "4x4" model, students split up their eight courses into two semesters, again meeting for longer periods.

Pope says a block schedule creates a "saner school day" by slowing down the pace, reducing homework and freeing up more time for hands-on learning and collaboration - "the things that we know will make the learning stick better and take some of the pressure off students." Pope also advocates starting school later.

Skeptics doubt many high school students can stay engaged or focused for a 90-minute period and point out the possibility that students who miss one or two classes will fall further behind than they would under a traditional schedule. In addition, others argue that students can better retain material taught in specific subjects, such as math and foreign languages, if they meet every day. 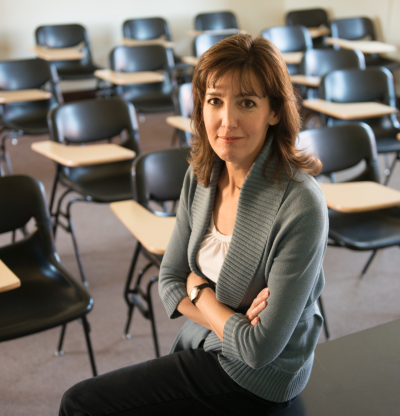 It is these and many other concerns, says Michael Rettig, that require all stakeholders - the administration especially - to see to it that districts carefully evaluate whether a block schedule is in fact the right solution. The process to create and transition to the new schedule must be deliberative and transparent. According to Rettig, a two-year process is optimal.

A collaborative committee that includes teachers, parents, students and administrators needs the first year to research and design the schedule. The second year is spent planning the implementation, which, among other requirements, calls for professional development for teachers to adjust to the curriculum and instructional changes. An evaluation process is also key. Last but not least, schools need to develop a communication plan for the public.

Winning over the community - parents in particular - can be tricky terrain to navigate. "I've seen town meetings go bad around a schedule change because of angry parents who may not understand what's really behind it," says Pope.

At Saratoga High School in 2015, music teacher Michael Boitz served on a district-wide committee, composed of educators, students, parents and administrators, that was charged with looking at schedule changes to alleviate student stress at this high-achieving school. Boitz was thrilled to participate. The changes he had seen in students over the previous few years were alarming.

Members were soon taken aback by the strident opposition of a small group of parents, even before the proposal was formally introduced at a district board meeting in January. Concerns included the fewer instructional minutes and the later school start time. The tone at the board meeting was, to put it mildly, animated.

The committee's proposal was scuttled, although the board did soon adopt a scaled-back version that, among other changes, added a little more time to the instructional blocks and moved the school start time back to 8:15 a.m. The new schedule in Boitz's view does not take the necessary measures to significantly reduce student stress or foster the collaborative, individualized learning he believes the original proposal would have delivered.

The parents who opposed the committee's recommendation say they were left out of the process and were not aware that major changes to the schedule were coming. Boitz remains proud of the committee's work and is not sure what else it could have done differently.  "Maybe some people just don't believe in the cause."

Aaron Eick, a social studies teacher at Horlick High school in Racine, Wisconsin, doesn't necessarily believe that a block schedule is a bad idea, but he is skeptical of some of the touted benefits such a switch would bring to this small, urban district. In January 2016, the Racine Unified School District announced that its two high schools would complete this transition for the 2016-17 school year. 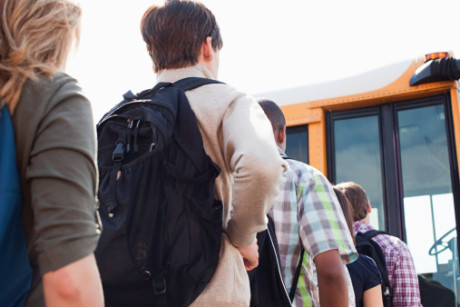 A successful transition from a traditional school schedule to a block schedule can take up to two years.

“There is about a 50-50 split among our educators about the wisdom of moving to a block schedule,"  says Eick, who is also president of the Racine Education Association (REA). "But what we are united around is the need to slow this down, take more time, and make sure it’s done right. We want a voice in this process." REA is urging the district to "stop, wait and listen," suggesting that the schedule be implemented the following school year to provide the necessary planning and professional development so that staff can hit the ground running.

"The research is clear. You need more time than a few months before the beginning of the school year to properly train staff," Eick says. The district is moving forward with the plan.

Rettig points out that a common pitfall is a process that is seen as a done deal, and that an administration is "faking the involvement" of the various stakeholders and constituencies. The result? "You've poisoned the water and it doesn't really matter what you come up with," Rettig says.

"Any time you change one small part of the system, you end up altering the whole thing," adds Pope. "You're changing the teacher schedule. You're changing bus schedules. Everyone's affected. An important piece of the puzzle is maybe not to take on too much too soon."

Although he believes a school's instruction and overall climate can be improved by a well-designed and executed block schedule, Rettig urges districts to understand the enormous challenges of the process and to check their expectations.

"A school's schedule is not the most important factor in student achievement. There are so many other variables. Given the enormous challenges around switching schedules, schools just need to understand that they're not getting a cure-all."

In 2014, the National Education Association asked educators how they would change school structure. Read what they had to say.