Are Letter Grades Failing Our Students?

In search of better ways to measure student progress, some states are scrapping letter grades. What will take their place? 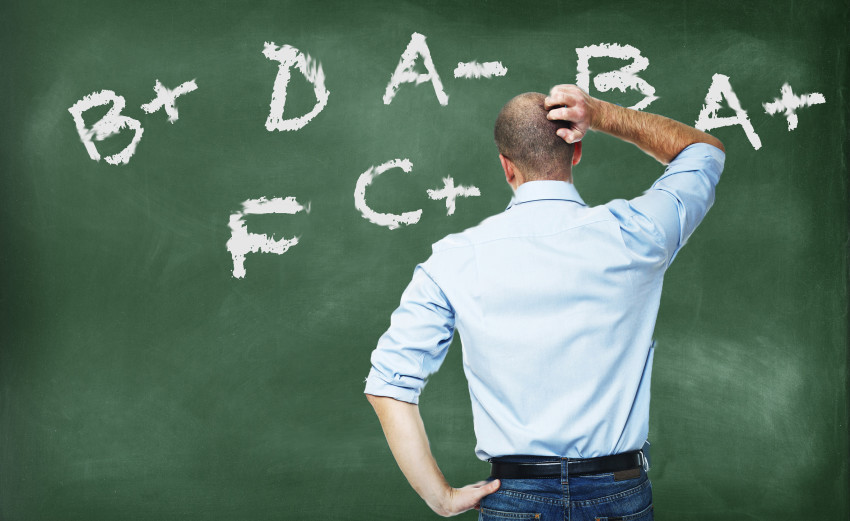 In Colorado, districts want to get rid of 'D’s' in their grading systems. In Virginia, there are efforts to standardize what an 'F' signifies. In an Iowa district, letter grades on report cards are supplemented by more frequent teacher feedback focused on priorities. It seems that letter grades are no longer making the grade when it comes to measuring student progress.

In fact, they’re “relics from a less enlightened age,” says education expert Alfie Kohn, author of Punished by Rewards and Schooling Beyond Measure and who Time magazine describes as “perhaps the country’s most outspoken critic of education’s fixation on grades [and] test scores.”

According to Kohn, letter grades are not only unnecessary but harmful.

“The research quite clearly shows that kids who are graded - and have been encouraged to try to improve their grades - tend to lose interest in the learning itself, avoid challenging tasks whenever possible (in order to maximize the chance of getting an A), and think less deeply than kids who aren't graded,” Kohn explains. “The problem isn't with how we grade, nor is it limited to students who do especially well or poorly in school; it's inherent to grading.

"That's why the best teachers and schools replace grades (and grade-like reports) with narrative reports - qualitative accounts of student performance - or, better yet, conferences with students and parents.”

Some states weighed the pros and cons of letter grades and decided to replace them with standards-based grades that are designed to measure students’ proficiency on well-defined course objectives. Kentucky was the first to attempt such a statewide reform, starting in 2013. Schools sent home two report cards – one with letter grades, and another indicating how proficient a student was in various standards, like reading and writing, with a narrative description of progress.

“They became our strongest supporters because it gave them more and better information,” Thomas Guskey, a professor of educational psychology at the University of Kentucky and a leading advocate for standards-based grading, told Slate magazine. “When parents have the experience of this they can see the value.”

In traditional grading, letter grades report the number of points earned in a subject but not very much about what the student has learned. Standards-based grading, proponents say, offers better feedback by evaluating how well students meet measurable mileposts and objectives. That, in turn, improves instruction for each individual student, and it allows the student more ways to demonstrate that they’ve learned the material before moving on. 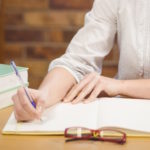 Should a student's "good faith" effort be enough to avoid a grade below 50? A growing number of school districts think so.
Virginia’s Fairfax County Public School district adopted standards-based grading in all elementary schools during the 2012-2013 year. At first, parents were confused, but eventually most were appreciative of the amount of detail provided, as well as the ability to track their children’s progress.

The district has also proposed making changes to the way middle and high school grades are delivered. Moving towards more standards-based grading, the district proposed separating out grades for student effort and achievement. So whether or not a student completed a homework assignment is separated from how well he or she understands the concepts. Other proposals include changing the weighting systems teachers use to formulate grades and eliminating zeros so that the lowest score a student can be given for an 'F' grade is 50 percent.

“It is time to examine our current grading policies in an effort to ensure that we have consistent and equitable practices throughout our middle and high schools,” deputy superintendent Steven Lockard wrote in a message to educators.

According to Alfie Kohn, however, the problems with grades - the way they undermine students' interest in learning, preference for challenge, and depth of thinking - can't be solved by just tweaking the details.  In some ways, he says, standards-based grading "may even make things worse by getting kids more focused on the details of how well they're doing - rather than being engaged with what they're doing."

Ken Halla has been a high school history teacher in Fairfax County for 24 years. His view is that no matter what the system of measurement, a student and his or her parents should always know where they stand during a semester.

“A student should always know what they have learned and what they haven't learned,” he says. “The best way [to assign grades] is the one in which students realize their deficiencies most easily.”

Halla wishes students were motivated just by learning, “but that is not realistic as they have to get into college or get a job after high school,” he says.  “To that end grades (be they numbers or letters) are a motivating factor - not unlike money for an employed person. What I have been doing is moving towards personalizing the learning experience for my students, so assessments always depend on the student and the situation.”