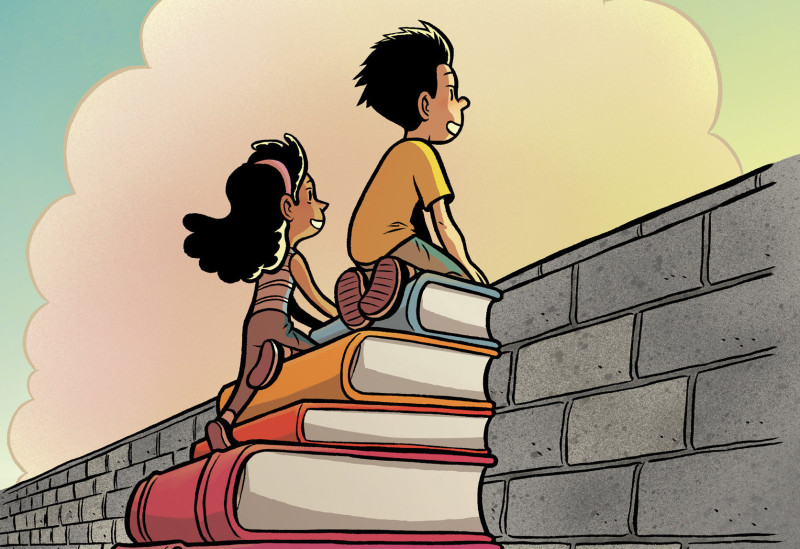 Cover illustration from "Reading Without Walls" by Gene Luen Yang.

Gene Luen Yang, a graphic novelist, cartoonist, and author of the award-winning American Born Chinese - a graphic novel chronicling the challenges of growing up Asian American - was recently named the fifth National Ambassador for Young People's Literature for 2016 by the Children’s Book Council, Every Child a Reader (ECAR), and the Center for the Book in the Library of Congress.

NEA Today spoke with Yang, who also taught high school computer science for 17 years in Oakland, California, about his new appointment and his plans to help promote diversity in children’s literature.

What are your goals as National Ambassador for Young People’s Literature?

Gene Yang: Every Ambassador has a platform, and mine is “Reading Without Walls.” The purpose of the program is to get kids to read outside their comfort zones and to explore the world through reading. I want to encourage kids to read books about people who don’t look or live like them, to get to know people and worlds different from theirs. By reading other people’s stories, we can develop insight and compassion. I also want to encourage them to read about topics they might find intimidating, like books about STEM. Often, people think of stories and science as completely separate, but they’re not. Stories are a great way to learn science. Finally, I’d like them to try formats they may never have experienced before. If they’ve never read graphic novels, give one a try. Or if they’ve only read graphic novels, try a prose novel, a novel in verse, or a hybrid (half graphic, half prose) novel.

Why is diversity important in children’s literature?

GY: The issue of diversity is an ongoing discussion in all storytelling media – people are talking about how to increase diversity in television, movies and all areas and age levels of books. America is getting more and more diverse and we want our stories to reflect the world we live in. 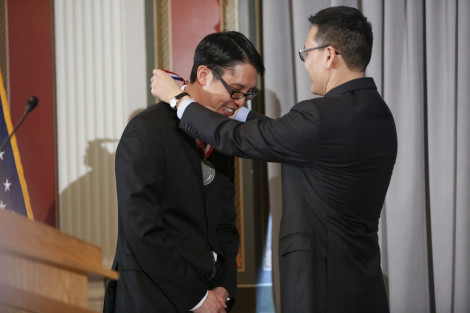 How can we promote more Asian American writers to young people?

GY: One of the best ways is to just talk about them. Read their books and share them with others. The more we can get the word out there, the better it will be. There are some great books for young people out there right now by Asian American authors, like Long Tail Kitty by Lark Pien, about a cat and his animal friends who go on adventures together.  It captures something about childhood, the fun and the innocence, and it has one of the best fold-out pages I’ve ever seen.  Also, Jason Shiga is one of the best graphic novelists out there and he’s Asian American. In the superhero wold there’s Greg Pak, a Korean American comic book writer who brings an Asian sensibility to all his stories. And Cliff Chaing, the artist behind one of the most celebrated runs on Wonder Woman.

How is the experience of growing up Chinese American different or similar to other kids growing up in America?

GY: There is a negotiation that has to happen for kids with two cultural heritages. You need to figure out what part of each culture fits into your life and how these two things that don’t always match come together inside of you. American culture and Chinese culture are in some ways quite complimentary but in other ways they are diametrically opposed. Traditionally, western culture focuses on the individual while Chinese culture places more emphasis on where a person sits in relation to the community. I felt that tension growing up and navigating that tension is one of the challenges I include in my writing. I come back to it again and again – it’s an ongoing conversation I have in my head and that features prominently in American Born Chinese and Boxers and Saints. A theme in much of my writing is the clash and coming together of western and eastern cultures. 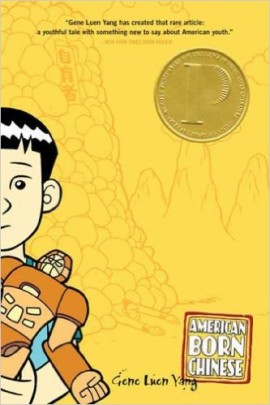 As a storyteller what appeals to you about graphic novels?

GY: There are a variety of ways to tell stories and certain stories work better in certain forms. I really appreciate the combination of words and pictures. Having those two distinct ways of communicating information gives me enormous flexibility as a creator. Communicating emotion through words is more subtle and nuanced. In pictures, there is a visceral quality you can get. You can bypass the brain and just stick the emotion directly into a reader’s gut. The combination is endlessly fascinating to me. Still, I’m a huge fan of pure prose.

How do you hope to impact your young reader’s lives?

GY: When you write a story the net effect is a collaborative effort between the author and the reader and so it’s very individual, but I’ve had students come up to me and tell me that my book tells their story. Often they’re students who have parents who are immigrants. I’ve heard from students from all different backgrounds, but there’s this universal outsider’s experience that every immigrant kid goes through that they can relate to in my books.

You taught computer science for 17 years at Bishop O' Dowd High School in Oakland, California. How does your career as writer intersect with your career as educator?

GY: My book Secret Coders (a graphic novel mystery about two students unraveling the secrets of a magical and mysterious school) is explicitly educational and teaches readers how to code and program computers. It uses the Logo programming code that creates visual images, as well as binary code, and the organization of code – such as sequence, iteration and selection.  I’d like to see more of this in America – explicitly educational comics. They are common in Asian countries like Japan and Korea. My hope is that we’ll see them become more prevalent in American classrooms and I’m putting a lot of my efforts into this area.