Bargaining for the Common Good in Higher Education

Bargaining for the common good is a natural fit at public institutions whose missions—and funding—are entangled with the well-being of their communities. 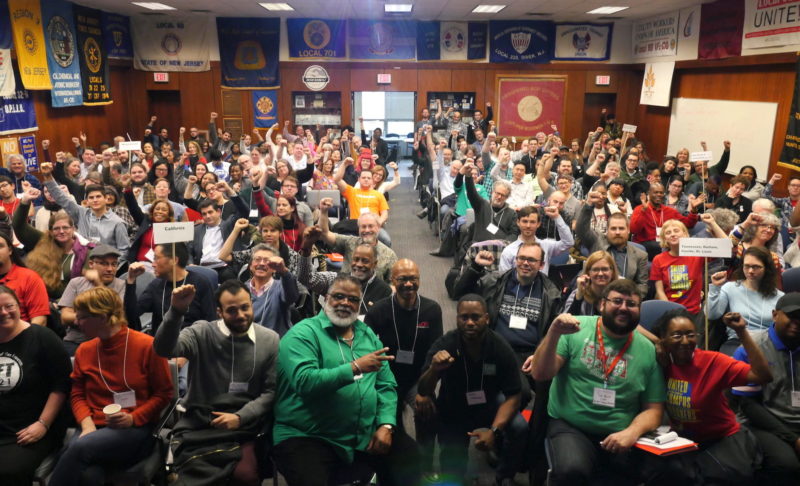 The story around parking at UMass Boston is decades long, and rife with buried trash, political corruption, and imprisoned public officials. The latest twist is this: The university is building a new garage, and it plans to charge everybody—students, custodians, faculty alike—$15 a day to park.

"For students, across the school year it adds up to almost the cost of an additional class, and the university is saying that they can add that cost to their tuition bills...so, more debt!" says Anneta Argyres, vice president of the Professional Staff Union at UMass Boston. "Also, consider our classified employees, who are our lowest paid employees. They are required to be on campus five days a week, 50 weeks a year. It adds up to an enormous amount of money, far more than any raises on the table."

A possible solution is this: A growing movement around "bargaining for the common good."

In common-good efforts, unions partner with community groups—students, parents, racial-justice organizations, etc.—around contract demands that benefit not just the members of the bargaining unit but also the wider community, explains Marilyn Sneiderman, director of the Center for Innovation in Worker Organization at Rutgers University. (Read more about it from Sneiderman, here.) Since 2012, several K12 NEA-affiliated unions, most notably in St. Paul, Minn., have used this strategy to win contract provisions that include more school counselors and librarians, and less standardized testing.

It makes sense to also use bargaining for the common good in higher education, especially at public institutions whose missions—and funding—are entangled with the well-being of their communities. They're often the largest local landowners and employers, and fuel the economic development of their regions. Bargaining for the common good can transform institutions "from crucibles of inequality into epicenters of democratic...empowerment," said Joe McCartin, executive director of the Kalmanovitz Initiative for Labor and the Working Poor at Georgetown University.

Recently, Argyres and other Massachusetts Teachers Association members, as well as leaders from the California Faculty Association (CFA), attended a convening at Rutgers, co-sponsored by NEA, with more than 200 union, community and racial-justice leaders, where they learned how to run these types of campaigns.

"We're in a time and place where people are willing to look differently at their unions and the work that they do," said CFA Vice President Charles Toombs, who led a delegation of CFA members to the Rutgers event. For CFA, this has meant re-writing its bylaws so that it focuses more on anti-racism and social justice.

"This social justice work is going to be a way to insure strong membership," said Toombs. And, even more important, "in a state like California, to ignore these issues is to do a disservice to the students we teach, especially as we have so many students of color and DACA students."

In its last contract, CFA won a new article that addresses "cultural taxation," or the penalty paid by many faculty of color for the disproportionate work they do to support students of color. Now, money has been allocated to help compensate faculty, often in the form of release time, who do "exceptional work with those students," said Toombs.

This is an example of common-good bargaining—it takes a common-good issue, like the success of students of color, and codifies it in contract language. "It's a way to bring our concerns with anti-racism and social justice into the contract," said Toombs.

In Boston, common-good bargaining may start with parking—the staff union's proposal calls for no student parking fees—but it may lead to bigger issues around public land use and student services. "We need to get more bold and more creative about how we use our contracts," said Argyres, who also plans to invite students to the staff union's next bargaining session with the university.

"We see no reason that they shouldn't be there for open bargaining," she said. "This is a conversation that affects all of us."