Beware of Hype Over Grade Inflation, Educators and Other Experts Warn

A College Board study that says grade inflation is rampant in high schools could be used as an argument for more standardized testing. 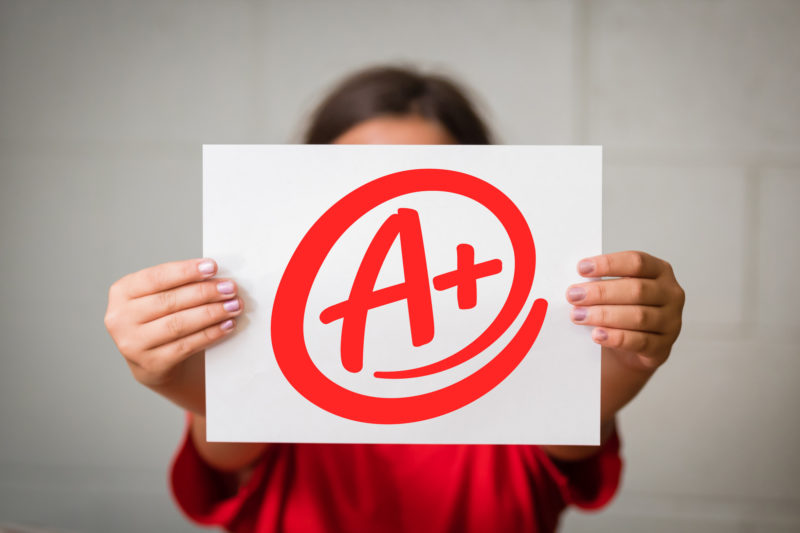 What does this grade mean if SAT scores are lower?

In school districts across the country, letter grades - one of the most durable and entrenched traditions of U.S. education - are under scrutiny. The A-F system of assessing student academic performance appears to be pleasing no one. The trouble is, the decision to phase something out, or at least refine it, is the easy part; coming up with a replacement is the challenge. The adage “be careful what you wish for” quickly springs to mind.

Critics believe that letter grades discourage learning and are ineffective at measuring student progress. What exactly does a ‘B,’ after all, really tell you about a student? Other concerns include how grades are used to rank students, creating needless competition and toxic hierarchies within schools. On the other hand, many educators counter that letter grades and grade point average (GPA), while imperfect, still provide generally reliable information to teachers, students, and parents. And they are an invaluable tool for college admissions offices.

On this last point, Michael Hurwitz, senior director of the College Board, disagrees. Recently, Hurwitz and Jason Lee, a doctoral student at the Institute of Higher Education at the University of Georgia, examined transcripts of high school graduates from 1998 to 2016. They concluded that grade inflation is prevalent, making letter grades, at best, an unreliable gauge of student achievement, and should therefore be downgraded by admissions offices.

Another eye-catching detail in the data is that grade inflation in high schools is widespread in affluent school districts. At suburban public high schools, GPAs rose 8% from 1998 to 2016. At urban schools over the same period, GPAs barely budged.

It's in private schools, however, where grade inflation is most common -  three times more likely than in public schools. If the College Board's data is correct, grade inflation is giving a major advantage in college admissions to the very students who need it the least.

Hurwitz told USA Today that the motive behind the work was not to explain why grade inflation occurs, only to "make sure that college admissions professionals are equipped to make the best decisions possible."  Hurwitz and Lee say the data suggests that high schools are handing out too many A's, making it too easy for students to "succeed."

Why are these higher grades so suspect?  If students were actually becoming better learners and deserving of all these A's, then their SAT scores would also be improving, according to Hurwitz and Lee. But scores dropped by 24 points during the same period.

While the College Board's study received a good amount of positive coverage (particularly around the finding of rampant grade inflation in affluent schools), it has also garnered a fair share of criticism and skepticism.

Peter Greene, a high school teacher in Pennsylvania, is skeptical. Writing in his blog Curmudgucation, Greene wonders whether almost half of high school seniors really are graduating with an 'A' average:

"I'm not going to defend grade inflation - it's not a good thing where it happens. I'm just highly doubtful that it happens this much. And when it's being reported by someone who has a stake in discrediting grades, I'm extra doubtful."

The "stake" Greene refers to is, of course, the College Board's interest in boosting standardized tests - the SAT specifically - as a more accurate measure of student performance.

"If all transcripts are replete with A grades, without standardized tests," the study says, "admissions staff would be tasked with the impossible - using high school GPA to predict whether the student will thrive academically."

But Bob Schaeffer, executive director of Fair Test, says that the College Board's focus on grade inflation "is simply an attempt to slow the test-optional admissions movement by casting doubt about the value of high school performance as a tool to forecast who will succeed in higher education."

Schaeffer believes that while grade inflation is likely a real phenomenon, its impact in the college admissions process appears to be minimal. He argues that high school GPA has consistently proven to be the best available predictor of undergraduate success - and considerably better than standardized test scores.

"That is a major reason why so many colleges and universities have dropped ACT/SAT requirements," Schaeffer says. (For a skeptical examination of the College Board's data, read this analysis in Inside Higher Ed)

Alfie Kohn, a longtime critic of letter grades, also cautions that a focus on grade inflation is probably driven  "more by conservative ideology than by evidence."

It's certainly not hard to imagine how headlines hyping an "epidemic" of grade inflation feed into right-wing talking points about public schools covering up failures and indifferent teachers casually passing out A's to students as they walk out the classroom door.

Kohn, the author of No Contest: The Case Against Competition and The Schools Our Children Deserve, is a proponent of ditching number and letter grades in favor of, among other alternatives, qualitative narrative reports in which teachers describe and discuss student progress.

Kohn is also a vociferous critic of class rank, which Hurwitz and Lee in their report recommend as a sorting mechanism to offset the distorting effects of grade inflation. This is a practice, however, that has fallen out of favor. According to the National Association of Secondary School Principals, about half of schools no longer report class rank, which Kohn believes "pits students against one another as if they were sports teams, and has been shown to undermine psychological health, relationships, interest in learning, and, ultimately, excellence."

As Peter Greene said, grade inflation is not worth defending when and where it occurs. To the extent that it does exist highlights another flaw - though not a central one - with the A-F grading system. Some school districts are merely revising existing grading policies, while others (thought not many) have moved to eliminate grades entirely. But the growing number of districts who are taking on this undeniably complex task are hopefully looking to create more effective and equitable systems to evaluate student progress and promote learning.

"The key question is whether our primary motive is to do what's best for students or to figure out how to sort them for the benefit of admissions offices," Kohn says.