An educator’s job, experts say, it is to prepare students for STEM courses regardless of who they are, and a little encouragement for girl students can go a long way. 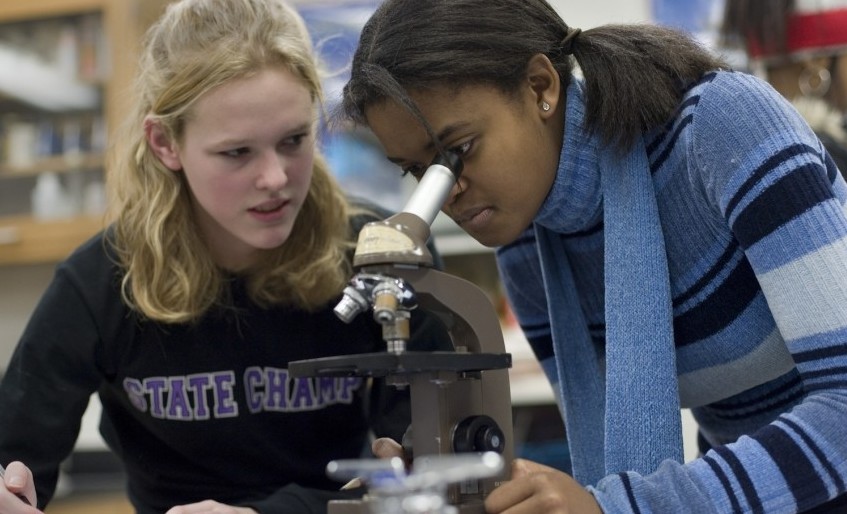 Girls in STEM—they’re coming a long way, baby. Gaps between the number of boys and girls taking science and math classes have narrowed. Both boys and girls are enrolling in more STEM classes and are averaging the same number of high school credits, according to 2009 data. The not-so-good news is that rising numbers of female students studying the sciences has not lessened the gender gap in higher education or led to a proportional number of women in the STEM workforce.

Boundless recommendations urge parents to start early to produce a science or math saavy daughter. Linking girls with mentors and exposing them to STEM in the early years can provide an edge, but these are also among the things that too many girls are missing—and what many women say could have made a difference in their STEM pursuits. But a new study from the National Bureau of Economic Research points to something else. Teacher bias and the dramatic impact it has on a girl’s later success in STEM classes, whether she gets to enter the STEM pipeline, or makes a career in science, technology, engineering, and math. Implicit biases and subtle messages—many of them stem from childhood—can cast a long, influencing arm. A teacher’s power to influence, the researchers say, can extinguish a girl’s elementary school dream of becoming a rocket scientist or help it to flourish.

Girls in STEM: A Little Encouragement

Robin Curtis, a six-grade science teacher at Winner Middle School in South Dakota, sees the problem the study highlights from a different angle: “When teachers give students some encouragement, it can be a powerful thing.”

Curtis’s Native American girl students may need the most urging, compared to others in their class. They know they can at least count on their teacher to honor their culture and tell them something positive about where their fragile lives can lead if they stay in school and don’t give up. Conversations like this— part life skills, part history lesson, and chunks of inspiration—are just another day in science class at this rural school. But Curtis says, “it’s what makes the difference  in teaching and it’s what makes sure students don’t land on the margins of learning. 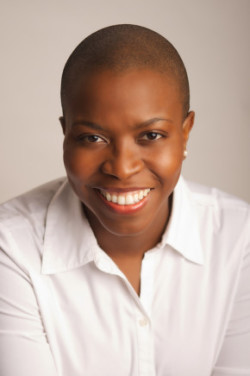 Often, low-income girls and girls of color are left out of the conversation and the opportunities that STEM can offer them now and later in life, says Andresse St. Rose, Ed.D, senior director for research, evaluation and policy at the Boston-based Center for Collaborative Education. Curtis is eager to help girls early to discover STEM’s spark and get them ignited, even if it means having to work harder and “think strategically” about ways to get them and all of her students engaged in science. Without a caring push, says Curtis, some of them could get lost and fall back.

Native American culture and traditional medicine provide a rich reservoir for Curtis to tap—and help girls to shine and share in labs and in class. “Because a lot of girls have learned amazing things about Native medicine from their grandmothers, for example, I try to give them a chance to talk and answer questions about the things that they know best.” But some teachers, Curtis says, take short cuts when they regularly call on the motivated students and those who always have the answers. “It’s easier for them, but it’s biased” toward some students.

Bias: Not Part of the Job

A teacher’s STEM biases are real, says Robert Goodman, Ed.D., who directs New Jersey’s Center for Teaching and Learning, even if they are undergirded by outdated myths and stoked by perceptions of boys as smarter and better than girls in STEM. Unfortunately, says Goodman, girls learn early from toys, media, peers and parents—and even from educators— that STEM studies are for boys.

But these are the facts: “The idea that girls aren’t interested in science and math—that girls can’t do math and science—doesn’t bear out in the data,” says St. Rose, co-author of the 2010 research report, “Why So Few? Women in Science, Technology, Engineering, and Mathematics (STEM)” from the American Association of University Women.

The span between birth and high school represents pivotal years in a child’s education, and STEM biases and stereotypes can quantifiably narrow a girl’s achievement in school and ultimately influence her professional choices, say the study’s researchers. Imagine a classroom teacher— knowingly or not—squashing childhood zeal for math and science before a little girl can say “Doc McStuffin.”

Goodman sees teacher biases as an unfortunate fixture in the education system, and it’s tough to dismantle. During his 15 years of teaching middle school and physics in high school, creating equal opportunities for all students to learn and succeed in science was his aim. But sometimes others in the profession, he says, try to “steer students into one course or the other based on whether they think they will succeed or flounder or belong.” That’s not a teacher’s job, Goodman argues. Rather, he continues, “it is to prepare students for STEM courses regardless of who they are.”

Those teachers’ actions, says Goodman, “are based only on their own gender and
structural biases.” Such biases can pigeon hole and sideline girls and students of color, landing them into lower level courses in the life sciences, not to high-level or technical courses like physics and computer science.

When Given Choice and Opportunity
By the time girls enter ninth grade, their personal biases have also taken hold. Given the choice to enroll, or not, in STEM courses, Goodman says, a girl’s biases toward STEM often lead.

While a teacher, Goodman decided not to give high school girls (or boys) the chance to opt out of physics, a subject that most students don’t get near until they are about to graduate, are one of the bright kids, or are bound for medical school. 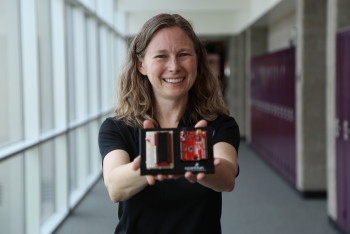 Declaring that all students, regardless of their major or career track, could learn physics, Goodman, in the late 1990s, introduced a radical idea. It meant transforming the science curriculum at Bergen County Technical High School where he taught and chaired the science department, and reversing education’s century’s old tradition of offering this sequence of science courses: biology, chemistry, and physics. His way forward has been scaling up in New Jersey schools. Today, all eyes are on New Jersey’s Trenton Public Schools and a science curriculum modeled after Bergen Tech’s: required physics for freshmen. Simultaneously, the way has been paved toward elimination of gender and other biases and stereotypes in STEM classes.

Says Goodman: “If you put girls in an environment where they don’t have to choose whether they are taking physics or not—because everyone is taking it—then their own internal biases are not going to work against them.”

For Dawn DuPriest, taking a personal approach and wooing reticent girls to her technology classes works.

“Giving them a personal invitation to participate and taking them by the hand” makes a difference in whether a girl participates in an after-school coding program, decides to join the robotics team, or adds computer science to her list of classes, says DuPriest, a technology and math teacher at Colorado’s Preston Middle School. The former corporate, software, and applications engineer had a hand up, too: Her parents made the family’s first home computer an accessible launch pad into a career, and her teachers and college professors mentored a future engineer—not just the smart girl in their class.

Teachers like DuPriest, Curtis, and Goodman want girls to choose STEM courses, not shrink because they believe they don’t belong or can’t do well. Girls in STEM classes,” agrees St. Rose, can excel. And she says, girls don’t have to feel like “that unicorn” in the room because they want to be an engineer.”