From Black and White to Technicolor

Growing up in segregated Jacksonville, Fla., the world seemed black and white. Black families lived in the west side—and rarely left. White families resided on the other side of what appeared to be a fortress of a border, yet it was really an invisible line that defined our lives and our livelihoods. As I look back on my nine decades on this Earth, I am fulfilled in knowing that my union activism helped bring people of all colors together, in classrooms and at work. 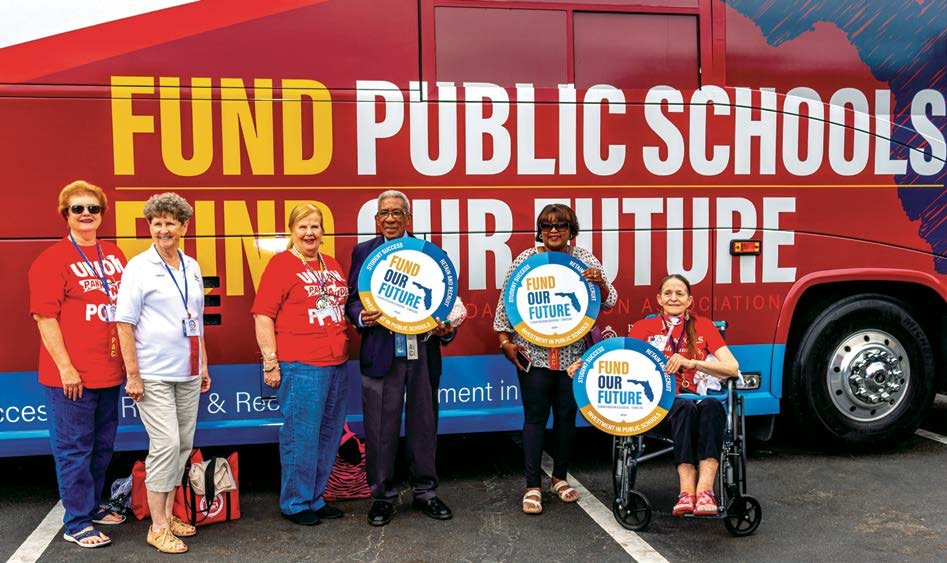 As a boy in elementary school, somehow I instinctively knew that things weren’t right in my all-Black school. For one thing, supplies were hard to come by. Scarce writing paper meant laborious time spent at a dull blackboard. The textbooks we did have were worn with broken spines, missing or torn pages, and notes from former students in the margins. The lunchroom sold only junk food to those fortunate enough to have spare change. Things weren’t much better in the upper grades. Our high school—the only one in the city for African American students—was so overcrowded that half the students attended in the morning; and half in the afternoon.

It was easy to think that Black people like me were destined to live in a separate world—that White people didn’t want us or need us. But I soon learned that wasn’t true.

After high school, I joined the Army under the GI Bill. My Army years were life-changing. I realized that Whites and African Americans could indeed work together. And the government picked up the cost of college, so I could become an elementary school teacher. However, my options were limited. Florida had only two 4-year colleges that accepted African Americans.

Despite the 1954 Supreme Court ruling that schools could not be “separate but equal,” my first year of teaching, in 1958, was in an all-Black school. It wasn’t until the 1968 Florida teachers walkout—the first statewide teachers walkout in the nation—that educators began to think real change was possible.

As a member of the Orange County Classroom Teachers Association (Orange County CTA), I remember how nervous I was about taking part in the work action. My wife was also a teacher. We had just bought a new home and were worried about making ends meet. But I had to take a stand against the lack of funding for schools.

The walkout succeeded thanks to the 1966 merger of the all-White Florida Education Association (FEA) and the all-Black American Teacher Association. Black and White teachers worked hand-in-hand and stood shoulder-to-shoulder.

Over time, our union efforts began to bear fruit. Most notably in 1974, when I served as the first non-White president of the Orange County CTA, our teachers earned the right to bargain collectively. I currently serve as a director on the Governance Board of FEA, and previously served as an NEA-Retired representative to the NEA Board of Directors and on the NEA-Retired Executive Council. I know the importance of leadership. But, more important, I cherish the power of grassroots activists.

My school years unfolded in black and white. Today, I like to think of education as being in technicolor. The present is still fraught with challenges, but when I have the pleasure of meeting with young teacher-activists, I am confident that the future is bright.