"We must fight for the resources our students, schools, and communities need and deserve,” says ESP of the Year Janet Eberhardt. 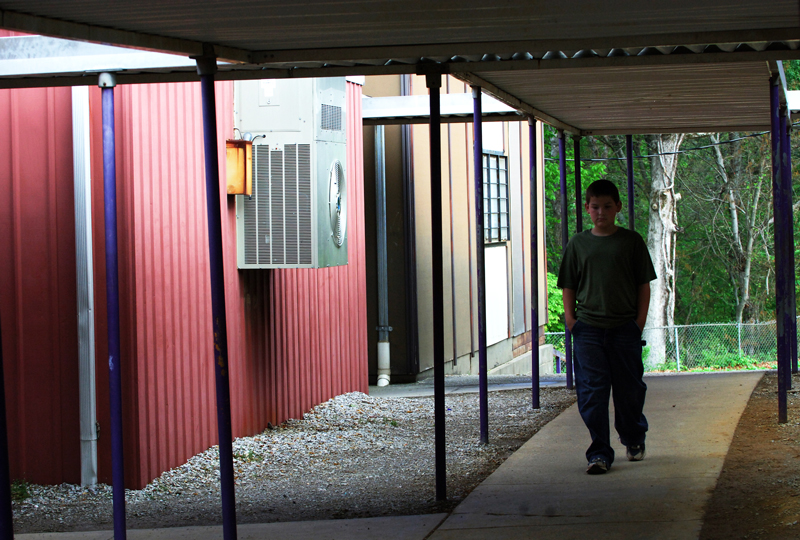 Earlier this year, a teacher from Denver, Colo. had her students answer the question: “I wish my teacher knew __________ about me.” It was a noble attempt to understand her students better. The responses—some heartbreaking—went viral on social media and brought national attention to students’ emotional and mental needs, which are critical elements to their academic success.

While some teachers can go beyond the academics to learn more about their students others depend on education support professionals (ESPs), specifically those who work in health and student services. This can include parent-community liaisons, nurses, and counselors. Health and student services is one of nine job categories for ESPs working in a K-12 school environment.

These professionals work with teachers and dig deep to unearth some of the not-so-obvious issues students may face. Many of them work with at-risk students, teen parents, LGBT adolescents, homeless students, and newcomers whose immigrant parents do not speak English. They also work with the student population to increase school attendance and guide parents and other caregivers through the labyrinth of social and family wraparound services.

“In my office you’ll often find students combing their hair or brushing their teeth,” says Janet Eberhardt, a community relations specialist and elementary advisor with the San Francisco Unified School District in California.

“I often tell parents to just get their kids to school and I’ll get them dressed,” says the educator, who is also the 2015 NEA ESP of the Year.

The most recent data from the U.S. Department of Education shows that, as of 2012, there were nearly 30,000 people working in health and student services at the K-12 level. While schools and communities recognize their value, many of these positions are in jeopardy, as shrinking budgets push people to the unemployment line or grant money used to fund these positions ends, reducing staff capacity.

Laura Montgomery (before her retirement in July) was a home-school counselor for the Pulaski County School District in Arkansas. She, for example, went from servicing one or two elementary schools to working with several different schools.

“Several years ago, 14 people did this work. Last year, it was cut down to one person—and that person was me,” says the 29-year veteran. “It’s hard to be productive with 38 different schools.”

Experiences from the Field

To say Montgomery has seen a lot throughout the years would be an understatement.

“I’ve often found homes that lack utility services, such as gas, water, and electric. Sometimes I’ve found there’s no stove or refrigerator,” says Montgomery, who worked mostly in rural areas with high populations of children who fall below the poverty line.

One of her more distressing cases included two brothers and a sister who ate the discarded lunches from the cafeteria trash bin. A home visit exposed a single mother of five who was locked in a room by her husband. When Montgomery appeared at the door, the woman jumped out of a window—her only way to exit the house.

Montgomery learned that the children would bring their lunch home so the rest of the family could eat.

She worked closely with this family, offering them a temporary home and connecting them to the right community agencies.

“All of the children ended up graduating from high school, and two graduated from college,” she says. “If students’ mindsets are on learning and they have the tools to be successful that’s going to contribute to their success.” 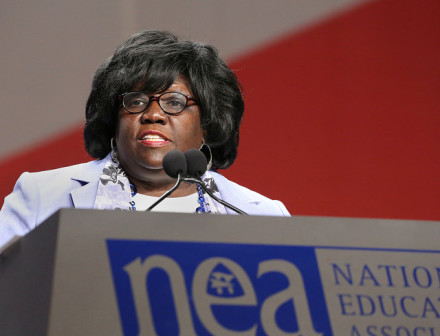 Debby Chandler can attest to this, too. She’s an attendance secretary and parent-community specialist at Rogers High School, which sits in the highest poverty zip code in Washington State and has a student homeless population in the hundreds.

The school had been deemed “failing” by the U.S. Department of Education for four consecutive years because of its graduation rate, which stood at 49 percent. To reverse the trend, Chandler was put on a team to help lead transformation efforts.

“Kids weren’t coming to school because of some tough circumstances,” Chandler says, explaining that one 14-year-old student stopped coming after he found his mother had died in a bathtub from a drug overdose.

Another student, after moving to Rogers from a small school in Montana, stopped coming because she didn’t know how to navigate a larger school setting. Chandler says it was too overwhelming for her so instead she would ride the city bus all day.

What did it take to help students get back on track and turn the school around? Collaboration and money.

With the help of a federal grant, teachers, custodians, bus drivers, food service staff, counselors, administrators, and anyone who had a hand in student success worked together to provide students with individualized plans coupled with wraparound services.

“We would catch kids who fell in between the cracks,” says Chandler, “and provide free community resources to give to parents or identify missing credits so students had an opportunity to graduate.”

For the boy whose mother passed away, he was able to get teen counseling services and return to school on a limited schedule. The girl on the city bus transferred to a smaller school. Chandler says both students are flourishing.

Overall, the funds helped bring in a nurse, a drug and alcohol counselor, mental health counselors and several intervention specialists focused on engaging minority students. And because Chandler and all the staff and administrators of Rogers focused first on meeting the emotional and mental needs of the student, absentee rates went down, suspensions and discipline declined, student achievement escalated, and graduation rates soared.

After three years, the school’s graduation rate climbed to 82 percent. Even the football team did better. After years of not scoring or winning a game, the team scored it’s first touchdown in ten years.

Today, the funds have dried up and Chandler’s responsibilities have returned mainly to attendance secretary. However, she applies what she’s learned as a parent-community specialist wherever she can.

At the time of this interview, the school board had yet to determine its school budget. Chandler says, “This scares us. How are we going to sustain the work?”

Despite the uncertainty of funding and the hardships students may face, many of them go on to lead successful lives—from attending Ivy League schools to signing on to professional sports teams.

“The role we play in children’s lives offers us an opportunity to affect change and prepare students for the opportunities presented in the classroom,” says Eberhardt, who has 30 years of experience championing students. “But we must continue to fight for the resources our students, schools, and communities need and deserve.”