After a jury found former police officer Derek Chauvin guilty of the killing of George Floyd, educators continue to call for accountability and justice for all. 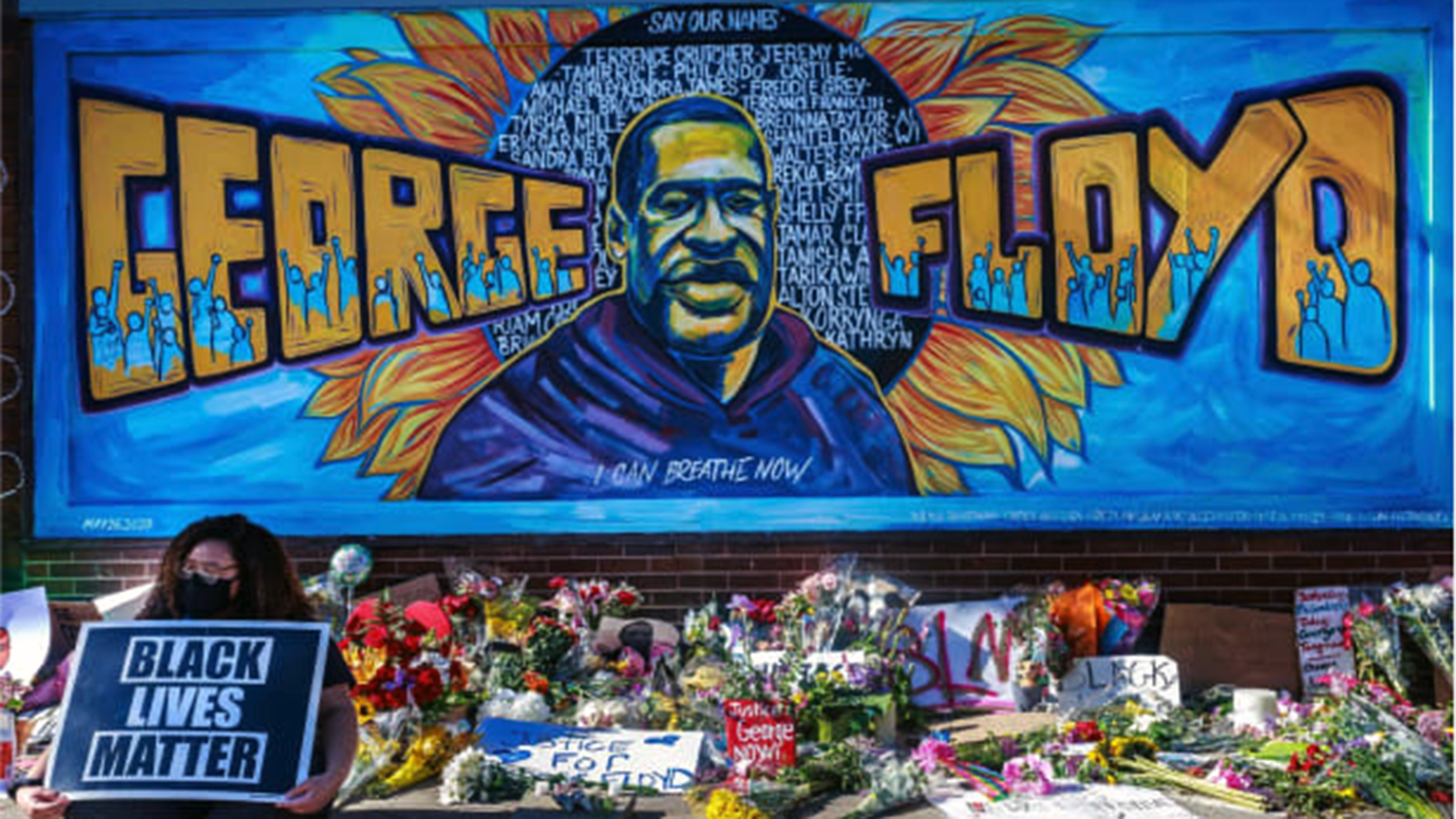 A better and just future for all Americans, regardless of race and place, is possible—and April 20, 2021, is a date that will go down in history as a “first step towards justice,” said Minnesota Attorney General Keith Ellison, after a jury found former police officer Derek Chauvin guilty of the killing of George Floyd.

Chauvin was convicted of second-degree manslaughter, third-degree murder, and second-degree murder. Nearly a year ago, Floyd died at the hands of those charged to protect and serve the public, and as the first days of testimony began and up until the very end, many Americans relived the trauma of the horrendous scenes of May 25, 2020.

“While the jury reached the right decision and did in fact convict former Minneapolis police officer Derek Chauvin of George Floyd’s murder, we are again joining together to make sure all of us feel safe in our schools, neighborhoods, and communities and to ensure justice for all of us,” said NEA President Becky Pringle.

Roughly 30 minutes before the verdict was announced in the Chauvin trial, a Columbus, Ohio, police officer shot and killed Ma’Khia Bryant, a 16-year-old Black girl, after she called police for help.

Pringle adds, “This latest murder, is on top of a long list of crimes committed against Black people by police in cities and on back roads, in living rooms and on neighborhood streets, in the dark of night and the light of day: Daunte Wright. Adam Toledo. George Floyd. Breonna Taylor. Ahmaud Arbery.”

‘This is the time for adults to be at our best and join together in peace, community, and mutual respect, no matter our race, background, profession or where we live. The children of Minnesota are watching and learning.’
—Denise Specht, Education Minnesota president

These murders continue to underpin that justice remains out of reach for too many Black, brown, Indigenous and AAPI people, including children, who have been killed or harmed by certain police officers. The jury’s guilty verdict of Derek Chauvin represents progress, but we know there is much work left to do to dismantle the systemic racism that pervades every system in this country. Educators must “come together to face shared challenges and develop collective solutions,” says Pringle.

Education Minnesota President Denise Specht says, "The children and students of Minnesota will be turning to the adults in their lives tonight to help understand what has happened and how to react. This is the time for adults to be at our best and join together in peace, community, and mutual respect, no matter our race, background, profession or where we live. The children of Minnesota are watching and learning.”

From coast to coast, educators have continued to call for accountability and justice for all. In California, E. Toby Boyd, a kindergarten teacher shares, “The verdict…in the trial of Derek Chauvin delivers some important justice, but our pursuit of justice in the broader sense is just beginning…our work has just begun.” Boyd is the president of the California Teachers Association.

This work involves “demand[ing] that our elected leaders and public servants—especially those who have taken an oath to serve and protect us—respect our rights,” says James J. Fedderman, a choral music teacher and president of the Virginia Education Association.

A solid start includes educators demanding that elected officials lead efforts to end police brutality and promote policies that dismantle institutional racism in law enforcement. And it can start with the George Floyd Justice in Policing Act.

‘The verdict…in the trial of Derek Chauvin delivers some important justice, but our pursuit of justice in the broader sense is just beginning.’
—E. Toby Boyd, California Teachers Association president

The Act takes initial steps to end police brutality, protect the civil rights and liberties of all people, and restore the faith that we all want— and need—to place in law enforcement agencies.

These steps include stopping law enforcement agencies from profiling based on race, religion, or other characteristics, and mandating training on discriminatory profiling for all law enforcement. It also includes a ban on chokeholds and other maneuvers that apply pressure that slows or stops the flow of blood to the brain, no more no-knock warrants, and limiting the transfer of military-grade equipment to state and local law enforcement—among other demands.

"We must take action that will result in fundamental changes in our society so that the color of one’s skin does not determine whether one has a lifetime of privilege or prejudice; of opportunity or oppression; of freedom or fear," says Cheryl Bost, an elementary school teacher in Baltimore County and president of the Maryland State Education Association. "Individually and collectively we have to speak up and stand up to protect Black and brown lives…[and]…work with our local associations and allies for however long it takes to ensure this happens."

As an organization representing public school educators across the country, NEA recognizes the need to end institutionally racist systems and policies that have governed our society for too long and have kept Black, brown, Indigenous, and AAPI people from full participation in everyday American life.

The Act takes initial steps to end police brutality, protect the civil rights and liberties of all people, and restore the faith that we all want— and need—to place in law enforcement agencies.
Learn more

Email your representative and ask them to support the George Floyd Justice in Policing Act.
Take action