In addition to the many challenges they face outside of school, children of incarcerated parents carry a stigma that is often reinforced in the classroom. 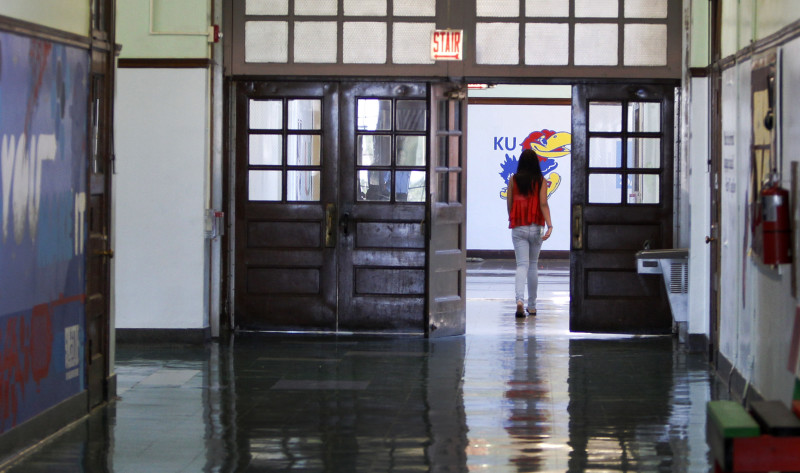 An estimated 5 million children in the United States – roughly 7 percent of all children – have had at least one parent incarcerated, according to a new report by ChildTrends. The proportion is significantly higher among Black, low-income and rural children. Furthermore, the report notes that the 5 million figure, which is by itself staggering, most likely underestimates the real total because it does not include non-residential parents who have been incarcerated.

The experience of having a parent (usually a father) sent to prison is traumatic enough, but the report points out that there are a host of adverse childhood experiences that are associated with incarcerated parents, including problems in school.

"Most research finds negative outcomes for these children, such as childhood health and behavioral problems and grade retention. Children who grow up with a parent in prison are also more likely to suffer from poor mental and physical health in adulthood," explains David Murphey, senior research scientist at Child Trends and co-author of "Parents Behind Bars: What Happens to Their Children."

Using data from the 2011-12 National Survey of Children’s Health, Murphey and Mae Cooper examine the connections between incarcerated parents and a selection of child “well-being indicators,” such as positive parent-child interaction, participation in sports or clubs, and school engagement. The authors controlled for other factors including divorce, exposure to violence, substance abuse and mental health issues that allowed them to look at these indicators independently. 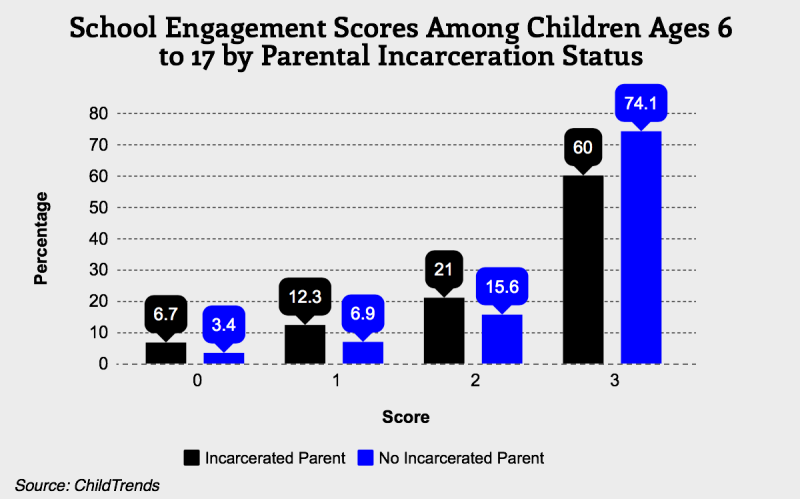 Children ages 6 to 11 with an incarcerated parent were on average more likely to be less engaged in school. The school engagement scale (0-3) was determined by a child receiving one point for each of the following criteria: showing "curiosity and interest in learning new things," caring about performing well, and usually doing all assigned homework. For older children (12 to 17) with incarcerated parents, there was no discernible effect on school engagement.

But this age group did appear to have other problems in school, measured by grade retention and whether the school had contacted an adult at home about an issue the student was having. Older youth and were more likely to experience these problems compared to their counterparts who had never had an incarcerated parent. 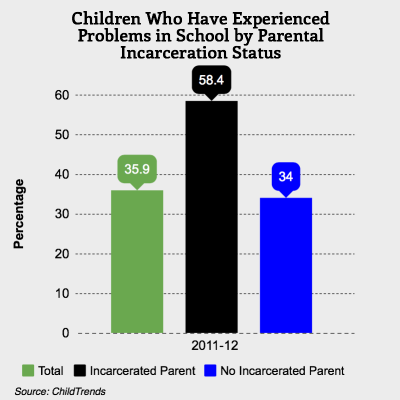 Murphey and Cooper point to the social stigma children of incarcerated parents carry as a factor in these small but statistically significant findings. "Having an imprisoned parent is an example of a loss that is not socially approved or (often) supported, which may compound children’s grief." This stigma is often reinforced at school, making it imperative that educators become better informed about the challenges facing this large group of children and make every effort necessary to create safe and supportive learning environments.

But large-scale programs have been more or less absent. As the authors note, despite a growing unease with the astronomical levels of incarceration in the United States, the discussion over corrections policy hasn't adequately addressed the impact on children.

"We need effective programs to mitigate the harm associated with having incarcerated parents. Although in-prison training programs focused on parenting skills are common, few are focused on meeting the needs of children directly during the time parents are in prison."