Clinton Transparent on Education Policy. Trump? Not So Much, Say Experts

Hillary Clinton is the only candidate who has provided an education plan for voters to review and scrutinize. 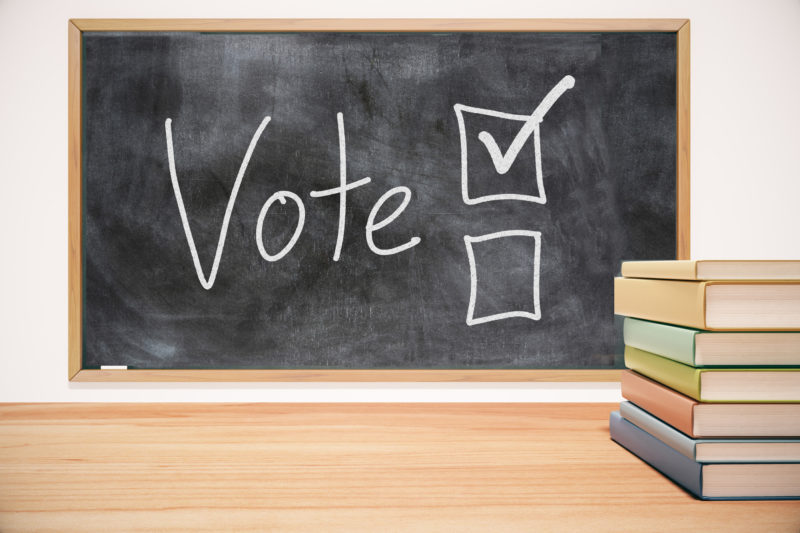 Hillary Clinton is the only presidential candidate in the race who has provided an education plan for voters to review and scrutinize, according to panelists during a discussion August 30 at the National Press Club in Washington, D.C.

“You can go to her website and see where she stands,” said NEA President Lily Eskelsen García, one of three panelists at the event sponsored by the Education Writers Association (EWA), a non-profit membership organization of journalists who cover education. “You can’t do that with her opponent.”

Before the panel discussion started, Hendrie announced that EWA invited representatives “promoting the Trump campaign” to join the panel but none accepted. She also remarked that Donald Trump is expected to announce a new education policy advisor to his campaign in the coming days. Maybe details on his education plans will be forthcoming, but, as the panelists pointed out, Trump has been silent on education.

Andy Smarick of the Maryland State Board of Education said he was not sure where GOP presidential nominee Donald Trump stands on charter schools, standardized testing, school choice, vouchers, teacher evaluations, and the rollout of the Every Student Succeeds Act (ESSA).

“I just don’t know what the Republican nominee believes on these issues,” said Smarick.

“I know exactly where Hillary Clinton stands,” Eskelsen García added. “She stands on evidence. She is committed to equity.”

Regarding Trump, Jeffries said: “We have a candidate who hasn’t done anything for any child not named Trump.”

When asked who the next president might appoint as secretary of education, Eskelsen García said it was imperative to name someone who values diversity and is no stranger to the inside of a classroom.

“We’re looking for someone who actually knows how it feels to be in a classroom,” she said. “And who truly understands the civil rights of that position.”

Smarick said the next U.S. president will likely appoint a governor or former governor given the new policymaking authority granted to states and school districts by ESSA on everything from testing, teacher evaluations, and opting-out of federal aide to Common Core State Standards, local accountability plans and goals.

“ESSA gives authority back to the states,” he said. “Governors are often the ones dealing with these issues.”

While not enough has been said about education issues during the campaign, panelists agreed that almost nothing has been discussed involving the plight of students, educators, and schools in rural areas.

“We’ve done too little as policymakers,” said Smarick, “to provide for them.”

Eskelsen García spoke about her experience as an education support professional (ESP) and teacher in Utah where 38 out of 40 counties are considered to be rural.

“For us, we’ve always concentrated on the system,” she said. “To have kids be critical, creative, collaborative thinkers.”

Does it matter who is president, Hendrie asked the panelists.

Eskelsen García said when she had the opportunity to speak with Clinton about her education plan she was delighted by the candidate’s response: “She answered me with questions. She was not only open to input, but said, ‘I will start with people who are actually asked to implement (policies).’”

In comparing their records, temperament, and education policy statements, Jeffries said, “it’s not even close.”

Jeffries brought up the failure of Trump University to fulfill its promise to provide a path for students to attend real estate training seminars, online courses, and graduate with some sort of certification. Instead, he remarked, people took out loans and went into debt when the for-profit education company ceased operations. The university operated a real estate training program from 2005 until 2010. A separate organization, Trump Institute, was licensed by Trump University but not owned by the Trump Organization. After multiple lawsuits, it is now defunct.

“The (certificate) is not even worth the paper it’s printed on,” Jeffries added.