Closing schools has a negative impact on students and communities. “There is something wrong with a system that blames children,” says expert. 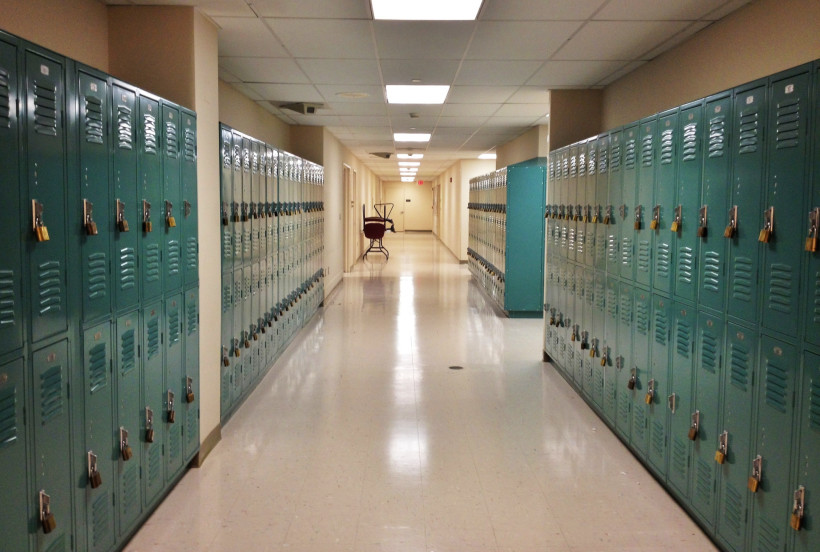 Closing public schools not only has a negative impact on student performance but also creates hardship for communities already struggling with disinvestment, according to Linda Darling-Hammond, who moderated one of two panels for a Congressional forum held on Dec. 10 at the Rayburn House Office Building in Washington, D.C.

“If your only recourse for school challenges is closing schools then you are not figuring out strategies and building on what succeeds,” said Darling-Hammond, a faculty director at the Stanford University Center for Opportunity Policy in Education. “School closures seem to be the primary remedy for any sign of failure in a school.”

At the forum, “Closed for Learning: The Impact of School Closures on Students and Communities,” Darling-Hammond said mass closures reflect shortsighted policies rooted in punitive reform models such as the recently rewritten federal K-12 education law, No Child Left Behind (NCLB).

“NCLB has contributed to widespread school closings across the country because it required schools to be ranked by test scores,” Darling-Hammond said. “We need a new approach to accountability that uses assessment for improvements to build professionalism and capacity.”

Federal and state policy decisions increasingly emphasize closings as an accountability measure for schools where standardized test results are low.

But public schools are much more than that, panelists said.

Aside from an academic setting, school buildings are hosts to a variety of education, social, business, and civic activities. Shutting them down has a ripple effect that can lead to a systematic disinvestment of other community institutions such as public housing units, recreational facilities, and small businesses.

“When they close schools, they are closing hospitals, grocery stores, and police stations,” said Jitu Brown, national director of the Journey for Justice Alliance (J4JL), an organization of community, youth and parent-led groups based in more than 20 cities. “There is something wrong with a system that blames children.”

Brown said that an inordinately high (90 percent in some areas) percentage of school closings impact predominately African-American and low-income communities.

“This is a human rights issue,” he said. “It’s about equity.”

The worsening inequality across the nation indicates that access to academically sound schools is often dependent on a student’s ZIP code. Policies that promote residential mobility while also reinvesting in racially segregated and high-poverty neighborhoods are critical to reducing inequality, Brown added. 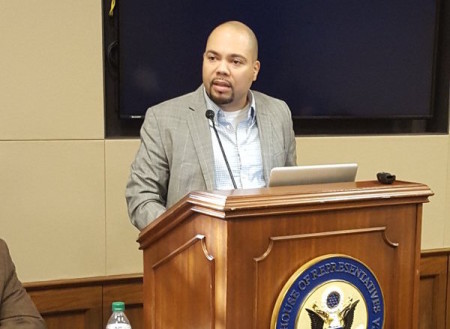 Julian Vasquez Heilig discusses the impact of school closures on students and communities at a recent Capitol Hill forum.

“A society that doesn’t take care of its children is a morally bankrupt society,” said Judith Browne-Dianis, co-director of Advancement Project (AP), a civil rights organization. “School closings are not isolated incidents but rather a movement toward privatization.”

Analyses by J4JL and AP reveal that since about 2000, Chicago Public Schools (CPS) has closed, phased-out, or consolidated about 160 schools and adopted policies that have promoted a proliferation of charter and contract schools in the West and South Sides of the city. In May of 2013 alone, CPS closed 49 elementary schools and one high school. Improving student achievement by relocating students to what is perceived to be higher-ranked, more efficient schools has not materialized, according to the recent studies.

Instead, Heilig said mass school closures in Chicago, Los Angeles, New Orleans, and other cities has created a multi-tier system where academically strong schools at the top are located in higher-income neighborhoods and not readily available to all students.

“Only certain students with various types of capital can gain access to good schools,” he said. On the lower tiers are the low-performing schools that are “under-served and under-resourced,” he added.

After Hurricane Katrina devastated New Orleans in 2005, a state law (Louisiana Act 35) allowed the state-run Recovery School District (RSD) to take over 107 “below average” New Orleans public schools. As RSD began to close schools, it became clear that privatization was the actual purpose, according to the J4JL/AP report.

Instead of closing or privatizing schools, panelists discussed the community school model as a promising guide to address barriers to learning while promoting the well-being of students, neighborhoods and communities. This model features extended time schedules, family and community engagement programs, and other wraparound services, including health, dental and mental health care, adult literacy classes, job training and after-school activities.

“Community schools can turn down the recent decade of top-down reform,” Heilig said. “But the conversation has to be bi-directional.”

Anna Jones is a single parent with four school-age children. From Chicago, Jones went on a 34-day hunger strike recently in protest of school closings and the lack of resources like books and desks at other schools in her South Side neighborhood.

“Children with disabilities are getting their services underneath the stairs,” said Jones, who served on a panel. “The conditions (at some schools) are not just poor, they are inhumane.”

Closing schools is supposed to save money derived from reducing personnel, everyone from the principal and teachers to bus drivers, food service workers and custodians.

However, closures have not historically resulted in the savings predicted by school officials. In many cases, costs have been underestimated, as districts must pay for closed-school site maintenance or demolition, moving services, and costs for transporting displaced students to receiving schools.

“It takes a lot of effort to open and shut things down,” Darling-Hammond said. “Those resources could be used for improvements. We do know about strategies that work.”