Colorado Educators Show Up in Force to Rally for K12 Funding

Educators in the Rocky Mountain state tell lawmakers to reduce or freeze corporate tax breaks and invest in public education. 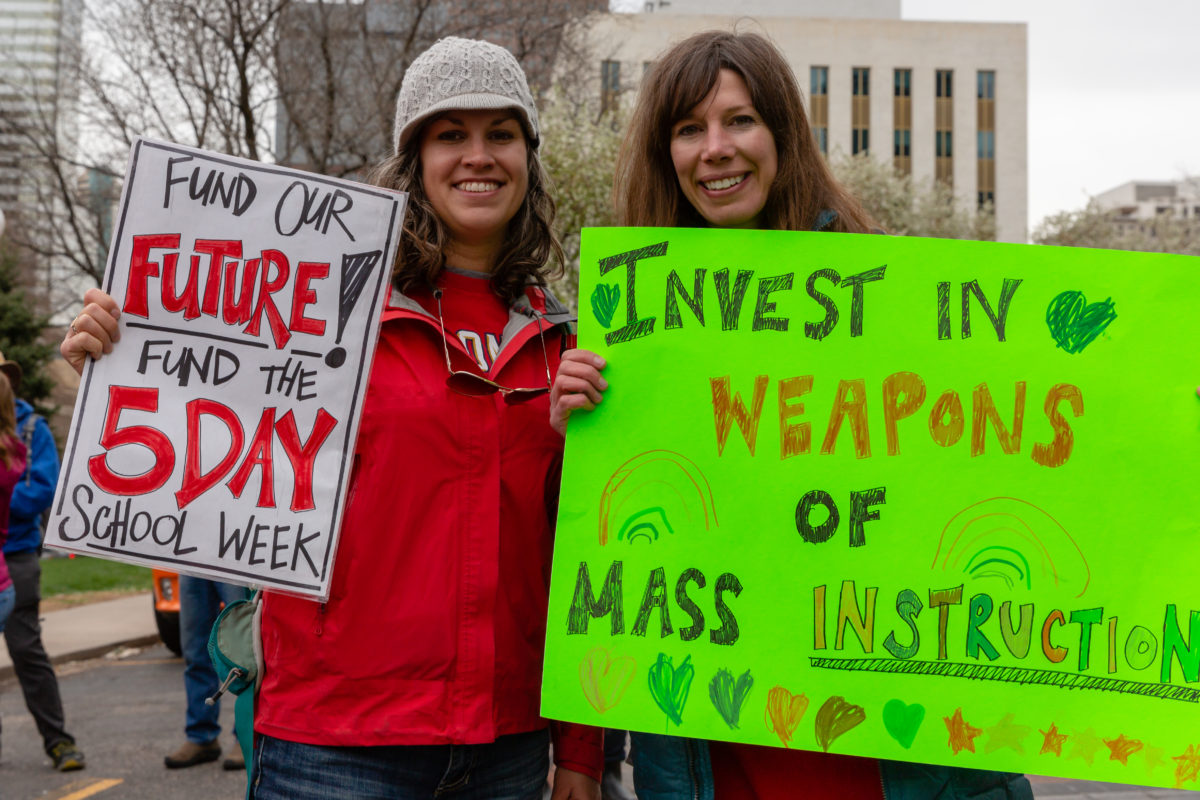 The math in Colorado is easy to understand.

Public schools are currently underfunded by $822 million, and per-student funding is $2,700 below the national average. What this adds up to is: larger class sizes, four-day school weeks, cuts to critical academic programs, thousands of unfilled teaching and support jobs, and a deficit of learning opportunities for students.

“For years, the Colorado Legislature has refused to do what’s right for our students...As educators, we see the real result of their chronic underfunding of public education—from ballooning class sizes to outdated and battered textbooks held together by duct tape,” said CEA President Kerri Dallman. “Members of the Colorado Education Association are at the state Capitol to ask the legislature to step up and fulfill their responsibility because students need and deserve better.”

As a result of these decades of neglect, half of Colorado school districts have switched to a four-day school week so that they can save money on transportation, and many have eliminated art, music, or high school classes like psychology or journalism.

Jessica Crawford, a second grade teacher at Crystal River Elementary School in Carbondale, moved to Colorado from Orlando last year. She said she believed her new school would be well stocked since Colorado’s economy was one of the best in the country.

“I thought I was going to walk into a classroom with the things I needed to teach my kids,” said Crawford. “It was a big shock to have no construction paper, no Sharpies, no magnets for my magnetic board. I spent over thousand dollars on my kids since they needed so much.”

She's not alone—Colorado teachers, on average, spend $656 of their own money to make up the difference. But they also don’t make much money. According to a 2018 NPR study, which factors in the cost of living in each state, teacher pay in Colorado ranks 45th in the nation, and is a key factor in the more than 3,000 Colorado teaching jobs that still aren’t filled this year. 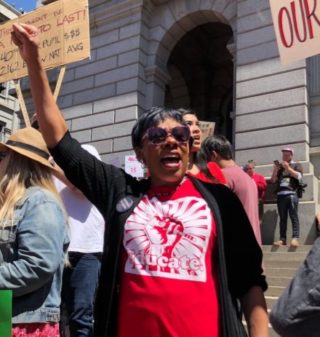 “My mother is a teacher, and I know how much she struggles with funding and I believe education is important to make America better in the future,” said 14-year-old Ella Wonder, a student at Aurora’s Range View High School who was rallying at the Colorado statehouse with her mother, to the Denver Post.

CEA members want state lawmakers to commit to reducing or freezing corporate tax breaks until the state’s per-student funding is restored to the national average. They point out that the cumulative shortfall in funding adds up to a whopping $6.6 billion since 2009. That’s money that should have gone directly into Colorado public schools to pay for smaller class sizes and counselor caseloads, new books and technology, and teacher pay that might be adequate to entice Coloradans to fill those thousands of vacant teaching jobs.

"Educators in Colorado and all across the nation are rising up and saying enough! Enough!" Pringle told the growing crowd on Friday. "When politicians continue to fail our students, it's time to send them a message: we will remember in November."