The push to expand charter schools and drain money from public schools is hiding behind a new facade: a simplified student enrollment process. 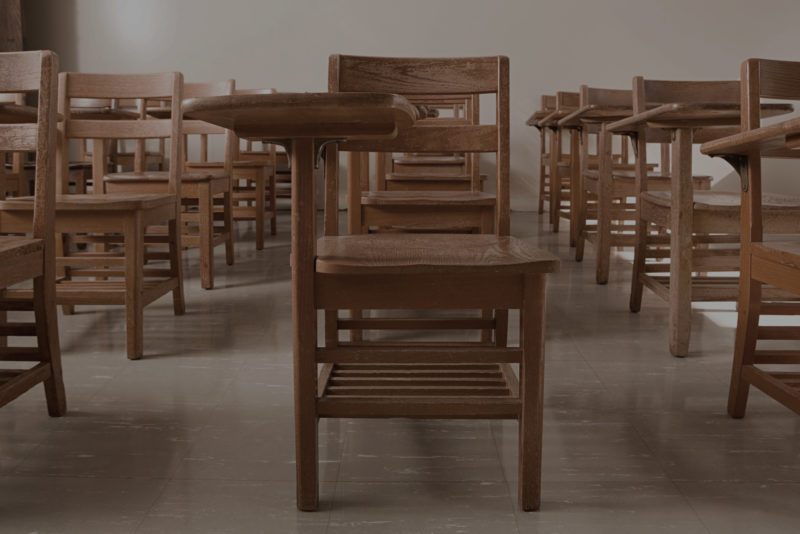 In October 2015, Kim Davis, a parent of public school students in Oakland, attended a community meeting about improving the large district's student assignment system, a process that many parents agreed was in need of some sort of repair.

But Davis, co-founder of Parents United for Public Schools (OUSD Parents), immediately suspected that something about this particular meeting wasn't quite right. First of all, it wasn't led by district officials, educators or parents, but by representatives from Educate 78 and Great Oakland Public Schools (or GO Public Schools), two groups with deep ties to the corporate education privatization agenda.

Also, the presentation was infused with hyperbolic rhetoric about the "crisis" engulfing the enrollment process. There was no time to waste because the current system was profoundly unfair to Oakland parents and in need of an urgent overhaul - or so attendees were told.

But revamping the system was easily attainable, they promised, because the estimated $1.4 million tab would be picked up by various “philanthropic” organizations. That is, on one condition -  the new system must combine public schools and charter schools in one enrollment process.

"It was all very manipulative," recalls Davis. "The way they framed the issue as this big emergency and then they kind of slid charters in under the door near the end of the meeting. That's what this proposal was all about - opening up even more doors to charters in Oakland."

But that's a familiar tack of charter supporters in their push to expand the sector, including in this fledgling movement to overhaul enrollment systems.  Advocating for a more streamlined process is far more digestible, after all, than asking a community for greater access to its students and public money - particularly at a time when the luster of the charter industry, amid mounting financial and accountability scandals, has worn off.

[Common enrollment] presents all schools in its system as public schools, even though charter schools are privately-managed and not publicly accountable" - Trish Gorham, president, Oakland Education Association

But that's exactly what groups like Educate 78 and GO Public Schools and their financial backers have their sights on for Oakland: an even greater market share for charter schools, which already comprise almost half of the city's K-12 institutions.

Many of the existing charters have waiting lists, but a cluster of new schools is in the offing that will benefit from easier access to more Oakland students.

Advocates say the system provides a convenient "one-stop shop" for parents who shouldn't have to spend an inordinate amount of time sifting through information to choose a school. It's all about "options," "choice," and, of course, "equity."

There's nothing wrong with streamlining procedures, says Kim Davis, but a single enrollment system is nothing more than a ploy to accelerate charter expansion and further cripple the district's public schools.

"That's what they don't want to talk about - the damage common enrollment will inflict on our schools and our students."

Common enrollment has already come to a number of urban school districts, including Denver, the District of Columbia, New Orleans, and Newark and Camden, New Jersey. (Oakland's school superintendent Antwan Wilson, a big proponent, was asst. superintendent in Denver when that city put common enrollment into effect in 2012)

The specifics vary depending on the district, but under common enrollment, privately-run charters schools are invited to use the district's school enrollment system. Families are given one application and are presented with a range of information about the choices. After they submit their top choices, a computer algorithm takes over to match those selections with available seats.

There are changes to the student assignment and enrollment process that can and should be made, says Trish Gorham, president of the Oakland Education Association, but common enrollment is a disruptive and dishonest scheme.

"It presents all schools in its system as public schools, even though charter schools are privately-managed and not publicly accountable," explains Gorham.

This lack of public oversight into charters - a serious problem in the sector - wouldn't disappear under a common enrollment system. No new accountability measures would be imposed to prevent the sector's well-documented practice of “cherry-picking “high-achieving students, or the regressive discipline policies that disproportionately target students of color.

The most devastating impact, however, would be on public schools' bottom line. "Common enrollment is likely to entrench a perpetual cycle of school disruptions and closures," says Gorham.

"If common enrollment comes to Oakland, I see enrollment at public schools continuing to decrease at more rapid rates. We will lose funding for programs that support all students," says Brown. "English Language Learners and students with special needs will suffer. Our schools have innovative programs such as Restorative Justice to keep our students learning and engaged in the classroom." 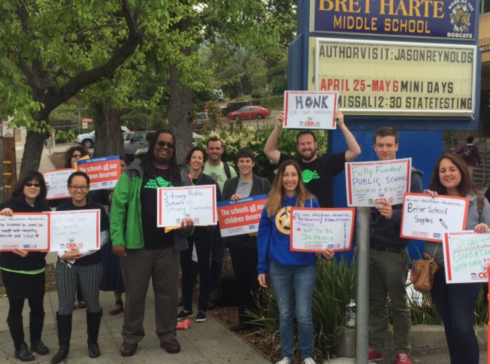 Where common enrollment has been implemented, these disruptions have been widespread. The system came to Camden and Newark, New Jersey, following passage of the Urban Hope Act in 2012. This law opened the door for so-called Renaissance Schools (or "hybrid" charter schools) to open in the aforementioned districts and Trenton. As more students signed up for charters and the sector's grip on these communities tightened, resources were drastically depleted, neighborhood schools closed, and staff was cut across the board.

All that will eventually be left in Camden, as Diane Ravitch wrote on her blog, will be a "few remaining public schools who exist for the students the charters don’t want: students with disabilities and students with low test scores."

"They use words like 'equity' and 'equality,' but this is not about creating a level playing field for all our children and giving our schools - every school - the tools they need to succeed," Dickerson says. "That's equity. What they're doing with common enrollment is taking from the community, taking from our children."

School closings, students left behind, and layoffs - merely collateral damage to improve parental knowledge and better serve low-income communities? That's how charter proponents would spin it, but the objectives of the wealthy donors who are funding common enrollment initiatives across the country have a much more ambitious goal, says Trish Gorham.

"Common enrollment is favored by groups like the Walton Foundation and New Schools Venture Fund, who want to discredit and dismantle a unified public education system."

Educators and Parents Push Back Against Common Enrollment

The dramatic erosion of public schools in the community drove the Newark school board on October 25 to vote to dismantle the so-called "One Newark" universal enrollment system. Earlier in 2016, the attempt to slip common enrollment in under the radar in Oakland, aided by a manufactured crisis over the existing system, also ran up against a committed alliance of educators and parents.

If common enrollment comes to Oakland, I see enrollment at public schools continuing to decrease at more rapid rates. We will lose funding for programs that support all students - Keith Brown, teacher

"We were not going to be used as a rubber stamp for an idea made in a corporate boardroom," recalls Keith Brown. "We wanted true power in making decisions for schools."

The Oakland Education Association joined forces with OUSD Parents and other community organizations to educate the public, though rallies and school board meetings, about how common enrollment further de-stabilized other school districts through school closures and layoffs.

"There's been a lot of collaboration between educators and parents," says Kim Davis. "We raised awareness and the press got involved. Common enrollment became a spotlight issue and that visibility helped."

The effort evidently was paying off as the school board kept on delaying a vote. In June, with the votes to approve common enrollment clearly not there, the board tabled the proposal indefinitely.

"We fought back pretty well," says Gorham, but quickly cautions that the charter industry isn't about to formally surrender. Sure enough, the proposal has been rolled into something called the "Equity Pledge," an attempt by OUSD to extract a promise from the district's charter schools to be more transparent and accountable to the public - presumably to tamp down community concerns about a single enrollment system.

But it is only just that, says Gorham - a pledge.

"There's no teeth to it. I don't think charter schools feel any urgent need to divulge how they operate to the public, to be better actors in the community."

Whatever new path charter supporters take, the fight is far from over in Oakland and in the other urban districts that are in their sites.

"We have to be ready," says Gorham. "Common enrollment is the new chapter in the privatizer's playbook and they won't give it up easily."