How do we protect academic freedom - especially during this era of ‘you’re fired - and also meet the goals of greater inclusion and openness?
By: Mary Ellen Flannery
Share 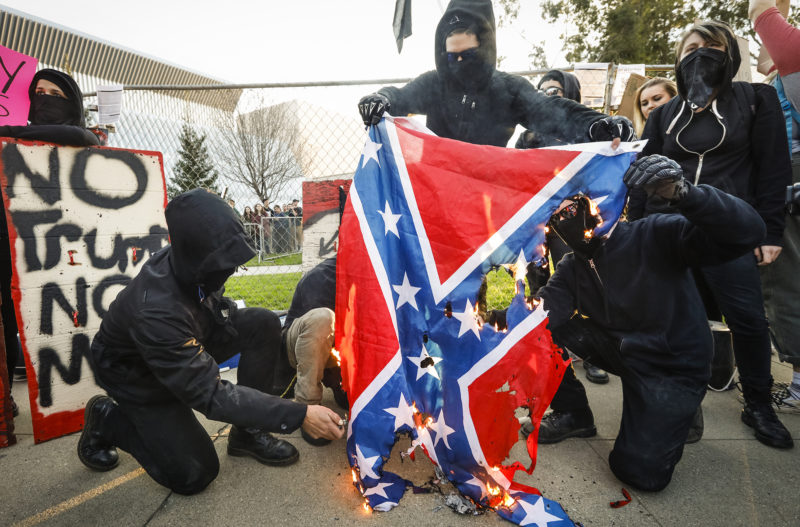 Last month, after violent clashes with more than 100 masked protesters, University of California, Berkeley canceled an appearance by Milo Yiannapoulos, a notorious commentator who was banned from Twitter for his hate-filled speech. In March, a professor at Middlebury College ended up with a concussion while escorting Charles Murray, the author of The Bell Curve, a book that claims Black people are genetically inferior, through an angry mob.

These incidents prompt faculty, staff and students to ask: What happens when the good thing that is academic freedom runs into the bad thing that is hate speech? “This issue is as important as it ever has been,” said Gary Rhoades, director of the Center for the Study of Higher Education at the University of Arizona, to an audience at the National Education Association's Higher Education Conference on March 18.

“There is this dance between academic freedom and the legitimate concerns of specific groups about the climate of the institutions where they work and study,” says Rhoades. “The question is, how do we protect academic freedom, especially during this era of ‘you’re fired,’ and also meet the goals of greater inclusion and openness in the academy?”

NEA’s resolution on academic freedom is nearly 90 years old. At its heart is the idea that the pursuit of truth on campuses serves a common good in society. It’s this kind of thinking that has allowed scientists to explore the melting polar ice caps, or historians to delve in the causes of war. Over the decades, NEA’s resolution has been updated, but it has never wavered from “the rights of teachers and learners to explore and discuss divergent points of view.”

On many campuses, protecting these rights is the work of unions, which often negotiate and embed academic freedom into faculty contracts. (These types of contract language are explored in a recent NEA Almanac of Higher Education article.) Kristine Anderson Dougherty, a former chief negotiator for the United Faculty of Florida, points to the University of New Hampshire contract for typical language: “The College cannot fulfill its purpose of transmitting, evaluating and extending knowledge if it requires conformity with any orthodoxy of content and/or method.”

But times are changing. The election of President Trump has invited the haters to take the stage, writes Allison Stanger, the Middlebury professor who was attacked on her campus. “Much of the free speech he has inspired—or has refused to disavow—is ugly, and has already had ugly real-world consequences.”

Meanwhile, our institutions are becoming more diverse, like our country, and students of color, students who are immigrants, LGBT students, and others, need to feel welcome and supported to succeed. It’s impossible to feel that way when the speaker on the campus stage talks about the transgender bathroom debate, displays a photo of a transgender student at that school, and then tells the crowd, “the way that you know he’s failing is that I’d almost still bang him.”

This issue is as important as it ever has been. There is this dance between academic freedom and the legitimate concerns of specific groups about the climate of the institutions where they work and study" - Gary Rhoades, director of the Center for the Study of Higher Education, University of Arizona

But who and what do you censor in the name of student safety? Different campuses have responded in different ways. At the University of Oregon in December, a law professor was suspended for wearing blackface to a Halloween party at her home—a costume she said she intended as a pro-Black statement, but that some students in attendance found offensive and the university called an act of “harassment.”

“Last week, the University of Oregon made clear to its faculty: If you say things about race, sexual orientation, sex, religion and so on that enough people find offensive, you could get suspended…even fired,” wrote Eugene Volokh in The Washington Post. Following this logic, he continues, “the expression of certain views, however linked they may be to important political debates, is forbidden to University of Oregon professors, at least once the views create enough controversy.”

At Washington State University, some professors published an open letter in December, calling on their campus to assert “we are anti-racist, anti-sexist, anti-xenophobia, anti-homophobic, anti-Islamophobic, anti-ableism, and anti-bigotry.” It seemed to warn again too much free speech, saying “discourses of free speech undeviatingly create a campus that is especially disempowering to marginalized students.”

But what about academic freedom, and the pursuit of truth? Entering the fray last week, an ideological odd couple—conservative intellectual Robert George of Princeton University and self-described “radical Democrat” Cornel West of Harvard—issued a joint statement. “When George and West agree on something and lend their names to it, people take notice,” wrote an Inside Higher Ed reporter.

Their statement, which has received tens of thousands of signatures of support, calls for “truth seeking, democracy and freedom of thought and expression.” And while it acknowledges the rights of students to “peacefully protest,” by turning their backs to speakers, for example, it asks, “Might it better serve the cause of truth-seeking to engage the speaker in frank civil discussion?”

For his part, Rhoades recommends joint labor-management task forces to explore these issues on campuses, “and work together to advance healthier campuses.”