As Cost of School Supplies Soar, Educators Step In to Help Parents

Union and district team up to reduce cost of school supplies, taking a huge bite out of the burden borne by low-income families. 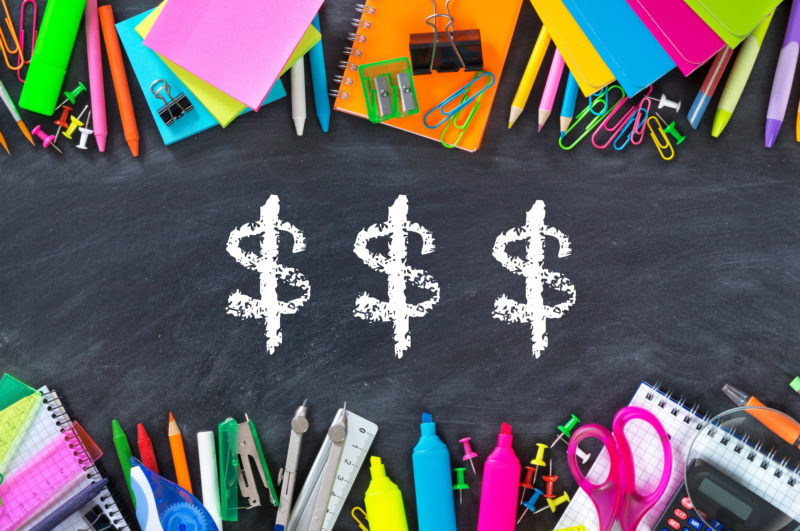 ‘Tis the season to stock up on school supplies—the spiral notebooks, scissors, glue sticks, and more that will cost about $200, on average, per elementary student this year, or $330 and $375 per middle and high school student, respectively.

In Greece, New York, however, a partnership between the Greece Teachers Association (GTA) and local school officials has dramatically reduced the cost of school supplies, taking a huge bite out of the burden borne by parents. “These supply lists have gone down from $100 or $120 per student to, in some cases, zero to $10,” said Rob Stalter, a high school teacher and a leader in GTA’s social justice committee. For a family with a couple of kids, the savings could pay for a week’s worth of groceries.

This is a big deal in Greece, where its 11,000 students are more likely than ever to live below the federal poverty line. Like a lot of upstate New York communities built around manufacturing industries, “jobs here have been lost and many have not been replaced, or they’ve been replaced by low-paying jobs,” noted Stalter. Over the past 15 years, the percentage of Greece students who qualify for free or reduced-price lunch has risen from about 12 percent to 54 percent.

The idea for the union to take a critical look at school supply lists—the inventory of file folders and highlighters that parents are required to buy each August—originally came from GTA President Jason Cooney, who opened his son’s school locker one day two years ago and discovered a refuse pile of unused supplies. Like most parents, he immediately thought of how much money he had spent on those supplies. When Cooney mentioned it to Stalter, both agreed this was an unnecessary burden on parents, and especially hurtful for Greece's many low-income parents. Trying to help those families in need made sense for GTA, a social-justice oriented union of about 1,000 members who often organize around community activism—and has received support from the National Education Association to do so.

While Stalter began asking teacher colleagues to look critically at their lists—"Do you really need to buy 20 new clipboards every year?"—he also approached Brent Critchley, the school district’s central store supervisor. “I said, ‘your timing is perfect!’” recalled Critchley. He had been considering the same issue, but focusing on how to use the district’s purchasing power to buy the required supplies in bulk.

Consider this: While parents might spend $2 to buy a dozen pencils at an office supply store, the cost at the school district’s central store is just 38 cents per dozen. Glue sticks are 6 cents each. “Where I have an advantage is, I can buy at the very best price, but I need help from the education side: 'What don’t I carry that you need?'” said Critchley.

“My thinking is let the teachers teach, and let me buy," said Critchley, and basically that's exactly what has been happening in Greece as the union and district have worked to align teachers' and students' needs with the district's inventory.

“Things like this don’t happen unless you get some teamwork going — and that’s what this is, the district and union working together,” said Stalter.