The barriers refugee children face overseas create even more problems if they are eventually resettled in the United States. 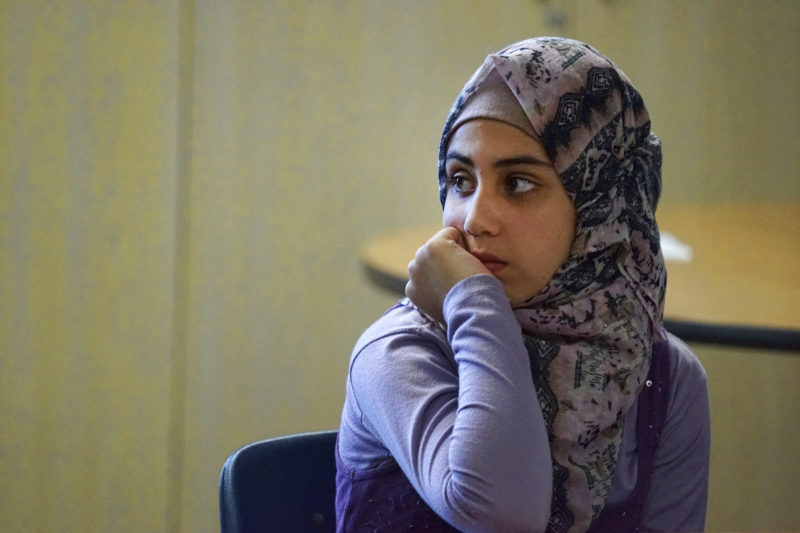 All refugees under the age of 18 are entitled to an education by international law, yet refugee children - especially those in urban areas around the world - are facing formidable obstacles in attending school and accessing other educational and support services. That's the dire conclusion of the first-ever global study of urban refugee education released in March by Teachers College, Columbia University.

This glaring gap between policy and practice, says Mary Mendenhall, assistant professor of Practice in the International and Comparative Education program at Teachers College and lead author of the report, suggests the global community is ignoring its responsibility "to help children and youth who have fled regions affected by armed conflict, go to and stay in school. "

“The world community must uphold its collective responsibility... We risk losing yet another generation of children to illiteracy, ignorance, poverty, and the need to turn toward desperate and extreme solutions to meet their basic needs,” Mendenhall warns.

"This means that there are are many school-aged refugee children and youth who are out of school," says Susan Garnett Russell, assistant professor of International and Comparative Education at Teachers College and co-author of the report.

"This has implications for resettlement in a third country such as the United States. Children and youth who have missed several years of their schooling are likely to be behind."

As in other potential host countries, however, the political support for refugees in the United States is faltering, which could have serious ramifications for these newcomers who need strong support and services to help meet their educational needs.

Media coverage of refugees tends to focuses on the dire conditions of refugee camps, but this  "emblematic image ... is no longer the norm,” the report states.

Sixty percent of refugees are now living in urban areas in neighboring, and most often, developing countries. More than half are children under the age of 18, including a large number of unaccompanied minors. Urban refugees are forced to "live in vulnerable situations and are subject to violence, discrimination, xenophobia, exploitation, sexual and gender-based violence, human trafficking, and forced repatriation to their home countries," the report states.

Because refugees are increasingly dispersed throughout these urban centers, governments and organizations face major difficulties in providing them with basic services, including education. Longer conflicts has increased the length of displacement to 20 years, which means an entire generation of refugee children will grow up without sufficient education or life skills.

The world community must uphold its collective responsibility… We risk losing yet another generation of children to illiteracy, ignorance, poverty, and the need to turn toward desperate and extreme solutions to meet their basic need” - Dr. Mary Mendenhall, Teachers College

The Teachers College report identifies a host of factors that block access to education:

• Overcrowding and lack of space. Local host schools are usually already at or above capacity.

• Distance to school and lack of safe transportation. Without affordable transportation, urban refugee children may have to walk for hours, exposing themselves to physical, sexual, and gender-based violence.

• Lack of teacher quality and training. Many times teachers are not prepared for refugee needs and lack training, as well as teaching and learning materials.

In addition, because refugee families struggle to provide even the most basic needs, work rather than school takes priority for their children.  Many of these families are also simply not aware of the right to an education, or do not have access to information on how to enroll their children in school.

Despite host nations having relatively inclusive policies when it comes to school attendance, national and local governments lack the capacity to monitor educational quality and make information about policies available at the local level," the report states.

• Full integration and inclusion of refugee students into local and national schools.

• Provide education programs that benefit both the refugee and host communities.

Greater international political and economic support for host governments is critical, the report concludes, "if we want to create the circumstances that allow the children and young people who, to no fault of their own, find themselves with little to no opportunities to go to school or develop meaningful skills that would benefit themselves, their families, and their communities in the future."

The obstacles to education refugees face overseas create even more problems for them if they are eventually resettled in the U.S.

Language of instruction is just one of the challenges awaiting them. In all likelihood, refugee students are not being taught English at their host schools or school-based camp. “So when they are re-settled, they often have to learn an entirely new language,” says Susan Garnett Russell.

Refugees generally are often grouped with other immigrant populations and are not given the appropriate attention needed for their unique educational experiences, which results in inadequate services, notes Mary Mendenhall.
How Undocumented Students Are Turned Away From Public Schools 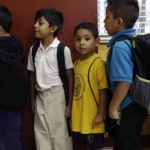 The law in the United States is clear: No child  should be excluded from public education. But some communities have blocked access using a wide range of 'intentional and unintentional' barriers.
"Once resettled refugees are in school, they have to adjust to a new educational system, new peer groups, different cultural norms, oftentimes a new language, different expectations and demands about their school work, as well as different pedagogical approaches," explains Mendenhall.

Mendenhall points to the International Network of Public Schools as a promising model that some schools could emulate. These schools serve recent immigrant, English language learners who enroll with four years or less of education in the U.S., and they prepare educators to work specifically with refugee and immigrant students.

"The schools and their teachers provide extensive language support through all of their classes and encourage students to use their dominant languages when needed to participate in class and complete academic work," explains Mendenhall. "They also leverage peer support for both language acquisition and content learning, and they use portfolios through which students can demonstrate their academic progress and accomplishments."

Refugees students' adjustment to school in the U.S. is further stymied by haunting and traumatic displacement experiences and new and different types of discrimination and xenophobia in their new host country. The current political climate, however, often prevents a safe and respectful discussion of these biases.

"People apparently feel the need to abrasively express their discriminatory and xenophobic attitudes," Mendenhall warns. "So educators must be willing and able to protect all learners in their classrooms and schools, and to create opportunities for meaningful exchanges that challenge children and young people’s preconceived notions - often unduly influenced by their families and the media - about people different from them.”