Dismantling the Myths About Teachers and Public Education

A new book takes on the lies, distortions and exaggerations about educators and public schools that help drive the school privatization agenda. 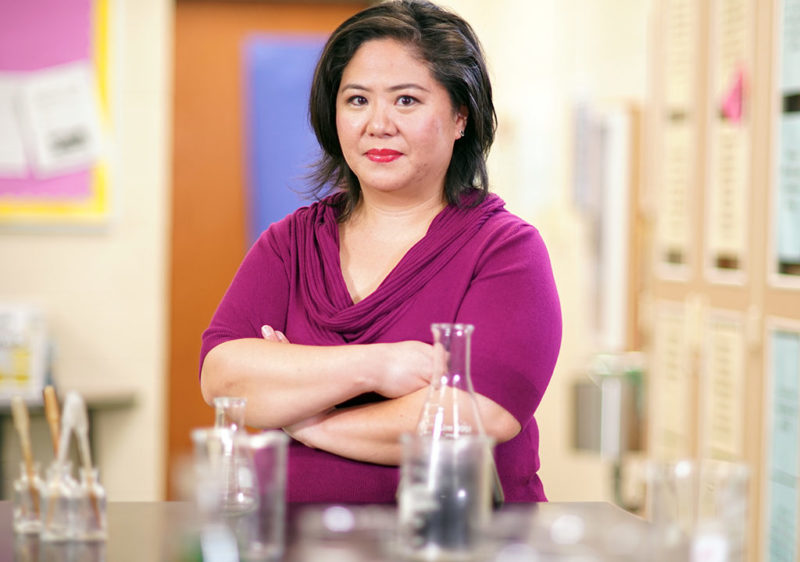 In this era of so-called "fake news," it's difficult to escape the task of wading through the distortions, half-truths, or just outright lies that proliferate across countless media platforms. Finding the truth - or "myth-busting" - can be an arduous task. It's even worse if you happen to be the target of a disinformation campaign.

This is a status that is all too familiar to public school educators. The steady drumbeat of false information heard on TV, on social media, in politicians' speeches or in an exchange with your a neighbor down the street, has created a toxic narrative around the teaching profession and the state of public schools. Our schools are "failing." Countless "bad" teachers are entrenched in the system. Charter schools outshine regular public schools.

Any attempt to explain way these fallacies as mere misunderstandings obscures the fact that they are hatched and disseminated explicitly to undermine public education, says educator and activist Bill Ayers.

"The folks driving the myths have a clear agenda for the future of public schools: reduce the measure of an education of worth and value to a single score on a high stakes standardized test; dismantle any expression of the collaborative voice of teachers; turn public schools over to private managers," Ayers explains.

School privatization is big business, and a network of corporate interests are using their financial muscle to make sure that myths about teachers and public education continue to drive the debate.

In their new book, "You Can't Fire the Bad Ones," And 18 Other Myths About Teachers, Teachers Unions, and Public Education," Ayers and fellow education professors Crystal Laura of Chicago State University, and his brother Rick, of the University of San Francisco, take many of these lies and exaggerations head-on and dismantle them one-by-one.

The title, of course, refers to perhaps the most specious and enduring myth about educators - that so-called tenure (actually due process) has been a refuge for ineffective teachers to keep their jobs at the expense of students. Far from that, the authors write, "tenure doesn't so much help teachers keep their jobs as it protects a teacher's freedom to do an excellent job....Without tenure, every teacher would be a puppet or pawn of every nomadic administrator. Without tenure, innovation would suffer and authentic critical exchanges between teachers - the lifeblood of improvement - would cease."

In each chapter, Ayers, Laura, and Ayers first play the "devils advocate," laying out in detail the tenets of the myth and the major players promoting it. They then debunk each one with a detailed and research-based  "Reality Check." 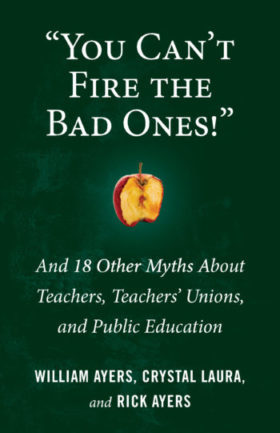 Whether it's teacher unions as those immovable obstacles to student achievement, the superiority of charter schools, the conceit that "anyone" can teach, the value of high-stakes standardized testing, the need for more rigor, the primacy of science over arts, or how teaching grit can countermand the effects of poverty, each myth is disassembled with surgical precision.

"We certainly didn’t need to review or conduct research in order to find out what’s in the popular media or what frameworks dominate the public space," explains Bill Ayers. "We then dug into the facts concerning the themes being parroted in every direction, and where our investigation suggested the frame was a myth, we refuted it with evidence and analysis."

First and foremost, the authors say, the book is for educators - as a source of comfort and inspiration, but also as a ready reference to refute the misinformation about their profession. The book can also serve as a useful tool for parents, students, and community members who are crucial allies in the fight for public education.

And it would be nice if lawmakers at every level of government - particularly those who haven't been completely indoctrinated in school privatization dogma - used the book to make "wiser policy decisions," says Laura.

Helping to recast the debate over education depends of course on the committed and tireless activism of public school educators. A teacher's "voice" should not be confined to the classroom or at a conference with parents. Ayers, Laura, and Ayers dissect the narrative that teacher activists are somehow "troublemakers" (Myth #11), that by raising their collective voices — often disparaged as"getting political" — they are abusing their positions and skirting their responsibilities.

In fact, they are doing precisely the opposite. And the collective voice of teachers is desperately needed now more than ever, says Ayers.

"When people become teachers, they don’t cease being citizens — if anything their civic duties and responsibilities become even more focused and more intense," he explains. "Teachers voices have enormous power in the classroom and we should approach our work with thoughtful patience and humility. But because our work is about the future society we should also thoughtfully engage in the public square." 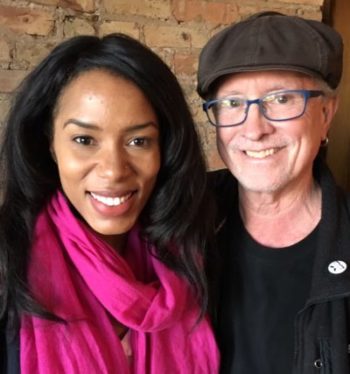 Crystal Laura and Bill Ayers, co-authors with Rick Ayers, of "You Can't Fire the Bad Ones." (Photo courtesy of Beacon Press)

At the national, state, and local level, social justice unionism has become a pillar of the National Education Association's organizing efforts in recent years. It's hardly new but this increasingly popular model could hold the key to preserving public education as a right for all students. Educators - most recently in St. Paul - are using contract negotiations to focus on equity, social justice, and other community-wide concerns.

For Ayers, Laura, and Ayers, social justice unionism means simply "living up to the ideals of education in and for democracy."

"This is the way forward. We see in West Virginia, Kentucky, Ohio, Wisconsin, Massachusetts, and Chicago that when teachers stand together, link arms with parents and community, and fight for public education, everyone wins," says Laura. (To learn more about NEA’s social justice work, visit NEA EdJustice)

With Donald Trump in the White House and Betsy DeVos leading the Department of Education, the corporate interests that propagate myths designed to undermine public education have powerful allies in the highest places.

Still, despite a heightened sense of urgency, Ayers says teachers and their allies should draw inspiration from the fact that "even with the big megaphone and the vast sums of money deployed for decades, their message has failed to win a majority of Americans."

And the opposition to their toxic agenda is only growing.

In educators, parents, and students, "the forces determined to destroy public education have encountered a formidable opponent," Ayers adds.