States are right not to make teacher evaluation data public, but should parents make their own metrics by reviewing educators online? 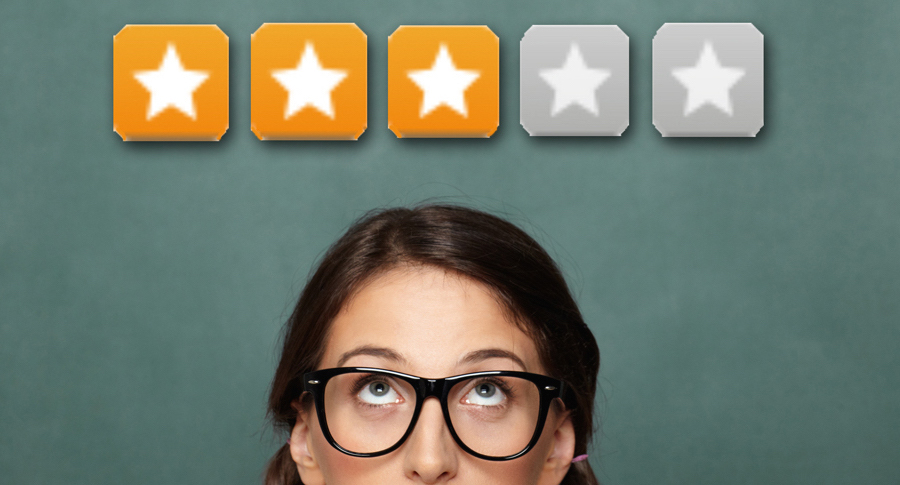 Brian Davison, a father of kindergarten and third-grade public school students, filed a Freedom of Information Act in March pressing for the disclosure of teacher ratings. Davison believes that parents need this data – which is based on student test scores - to determine whether their children’s educators are performing up to par.

The Virginia Education Association and state education officials are challenging the suit, arguing release of such information would present at best an incomplete picture of teacher effectiveness, violate privacy and needlessly damage reputations.

In 2011, Virginia began collecting student growth percentiles (SGP) from standardized test results to calculate student academic growth from year to year. However, the state passed a law in 2013 making “teacher performance indicators” confidential, finding that such data proved to be unreliable measures of teacher quality.

No single score can be considered an accurate measure of the learning that goes on in a classroom or an accurate assessment of the teacher in that classroom, explains Meg Gruber, president of the Virginia Education Association.

“There is no way that a number can sum up how effective someone is at reaching and teaching our students," says Gruber "People are going to be blamed without any understanding of their context, their classroom, [or] their students. It would be like saying journalists are ineffective because newspaper circulation is going down or fewer people are watching the news.” 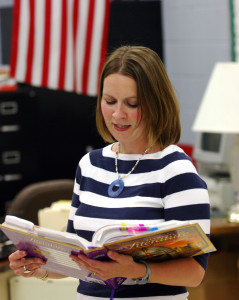 Because of privacy issues and the incomplete picture of teacher performance it presents, very few states release teacher evaluation data to the public.

The controversy over releasing teacher evaluation data to the public initially broke out in 2010, when the Los Angeles Times published a database containing thousands of the city’s school district’s elementary school teachers’ names and their respective ratings. The data used English and math test scores to assess students’ academic progress and their teachers’ effectiveness. The newspaper's decision was widely denounced, including by many who generally support the prominent use of value-added data in teacher evaluations.

The push to release this data soon cooled off. Only in a handful of states, including Florida, New York, and Michigan do parents have access to teacher evaluations, and some states have recently passed legislation to prevent releasing data to the public. Arkansas and Indiana require schools to report teachers’ average performance while shielding individual identities.

Unfortunately, a nagging sense that parents are somehow being shortchanged by denying them a public arena for evaluating teachers persists. Recently, Yahoo! political blogger and former New York Times reporter Matt Bai generated some buzz with a column titled, "A Yelp for Teachers."

Bai uses the Virginia lawsuit as a springboard to argue that if districts won't release evaluation data, then parents should have a place to create their own metrics.

"Let's have a discussion about transparency about accountability ...How is it that the business of teaching has somehow eluded the most ubiquitous and influential form of evaluation in modern America? I'm talking about customer feedback," Bai writes.

Bai rips a couple of pages out of the education reformers' playbook. His arguments tap into the persistent misperception that what's good for the private sector must also be good for public education ("We review Amazon products, Uber drivers, sellers on Ebay, but about the only thing you can't find online is which seventh-grade math teacher is best for your kid") and he predictably resorts to hackneyed attacks on teacher unions ("defenders of the status quo").

Peter Greene, a high school teacher in Pennsylvania, dissected the substance of the  proposal on his blog, exlaining the challenges of getting reliable data and pinpointing a problem that is already rampant in countless Yelp reviews:

"Voluntary participation would insure that the few who left comments would really mean what they said, but only teachers who evoked particularly strong feelings would elicit comments-- twenty-five sets of parents from my class might say nothing because they think I do a fine regular old vanilla job, but the twenty-sixth parent, who's angry about how Little Chris flunked for never doing work, might blow me up."

Greene also points out that the quality of the  "product" isn't known for years.  "'Every high school teacher has stories of the kid who comes back years later to say, 'Boy, at the time, I hated you and I hated your class. But I want to thank you because it turned out you were right to push me,'" he writes.

'Just the Wrong Way to Go About It'

Educators are not opposed to accountability and feedback, says Prudence Plunkett, a library media specialist and former classroom teacher in Alaska.

"Accountability has to be done reasonably and appropriately and should be between teachers and administrators because that’s their job," explains Plunkett.  "I understand why some parents would want to tell everyone, 'Here's what I think about teacher A,' but using a site like Yelp is just the wrong way to go about it." 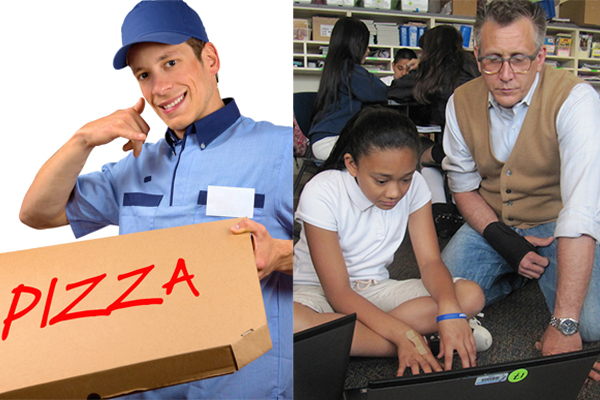 Two businessmen with their respective "products" - at least according to a Yahoo! columnist.

"The trend over the past few years is to make everything public. But there are things that shouldn't be public," Plunkett continues. "Instead of really trying to solve poblems and discussing issues one-on-one, you just post it your thoughts online! There's no room for nuance."

Matt Bai was clearly not looking for nuance, just clicks mostly. He's right about one thing: we should have that discussion about accountability and transparency. But let's take into account the unique, daily challenges educators face with individual students and supply the assistance and resources they need to improve learning, says VEA President Meg Gruber.

“What we really need to be doing is providing the supports that students and teachers need to do their best: smaller class sizes, good professional development, up-to-date textbooks and technology,” says Gruber. “That’s what’s good for kids."

It's a point echoed by "Natalie," a teacher who after reading Bai's column was compelled to provide her own feedback in the comment section of his post:

"Teachers have many bosses. Lawmakers, superintendents, principals, parents, just to name a few. All of them tell us how to make our classroom successful, but they don't always give us the tools to do so. In addition, we are constantly having funding cut, more testing added, and less instructional time to make the students global learners. ...Don't Yelp us! We have enough critics who make themselves heard.  Fund the work I do daily and protect the little privacy that I have."