Educators Flexed Their Muscles in 2019, Look Forward to 2020

From #RedForEd victories to new trauma-informed practices, NEA educators did great things this past year. Let's keep it going in 2020! 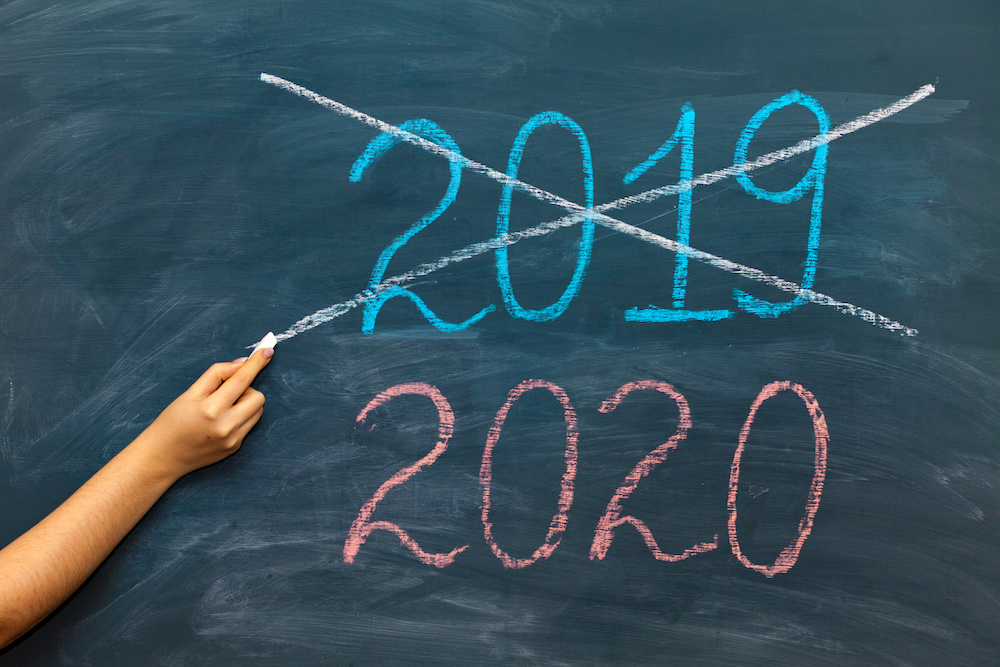 In 2019, the news generally got better for educators and students. Across the U.S., educator walkouts have led to increased funding for public schools, more support for teachers and education support professionals, and more attention to the needs of students. Today, we know more than ever about the effects of childhood trauma and racial bias on learning—and that’s a good thing. As the end of the calendar year approaches, let's take a look at eight positive education trends of 2019 that we hope will persist in 2020.

Power at the Polls 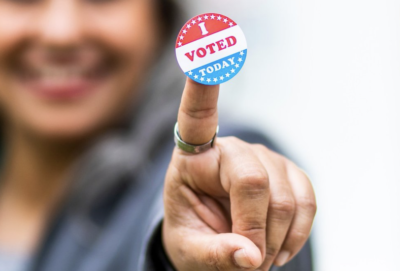 Educators know how to help correct chronic underfunding of our schools: Elect pro-public candidates to local, state, and federal offices. In 2019, in Denver, union-supported candidates flipped the school board. In Virginia, educators helped flip the state legislature. And, in Louisiana, educators helped elect a new governor. Meanwhile, in Kentucky, union members were key in tossing Gov. Matt Bevin, whose fight with teachers over the state pension system led to massive protests and school shutdowns in 2018.

“Our KEA members…knocked on doors. They talked to their neighbors and, most importantly, they went to the polls,” KEA President Eddie Campbell told reporters. Now, he’s confident that incoming-Gov. Andy Beshear will be supportive of educators and students. “We know…he is going to stand with us and give us a seat at the table so we can have conversations about public education.”

(Learn more about how educators can get involved in the 2020 election.) 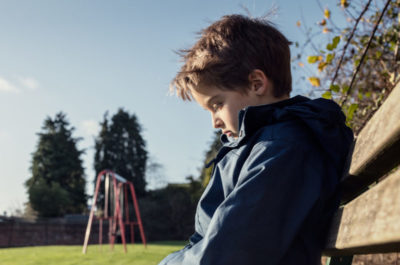 Millions of U.S. children live with mental-health disorders, including a growing number with depression or anxiety. Between 2007 and 2017, the suicide rate tripled among children aged 10 to 14—middle-school students are now more likely to die by suicide than car crashes.

It’s a crisis—and educators and their unions are responding. This fall, NEA-Rhode Island brought together hundreds of educators for their second mental-health summit. Meanwhile, the St. Paul Federal of Teachers (SPFT) in Minnesota has made the mental-health needs of students their number-one issue at the bargaining table with a contract proposal that calls for every school to have a mental-health team that includes certified social workers, psychologists, nurses, and education support professionals.

“Out of necessity, we’re currently in a reactive mode,” says St. Paul social worker and trauma educator Kris Christensen, who saw a third grader hospitalized last year for suicidal ideations. “We really need to take a proactive approach, which is what our union is doing with its proposal.” 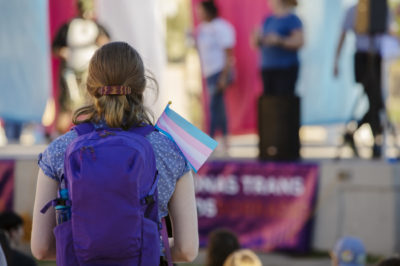 This year, we saw growing legal support for transgender students and their safety. In May, the U.S. Supreme Court preserved a Pennsylvania school district’s policy that enables students to use the bathroom that matches their gender identity. And, in August, a federal judge in Virginia ruled that a trans student’s rights had been violated when he was barred from using the boys’ bathroom. (That student, Gavin Grimm, is now studying to be a middle-school teacher.)

These court victories are paving the way for better school: In Arlington, Va., board members this year approved a policy that enables trans kids to use the bathrooms and locker rooms, and participate in extra-curricular activities, that match their gender identities. It also enables students to use their chosen names and pronouns. But still, many other districts lag behind (more than half of trans students say they can’t use the bathroom of their choice) with dire consequences: more than half of transgender male teens have attempted suicide during their lives.

“The changes here in Arlington have been fantastic,” says pre-kindergarten teacher Jaim Foster. “But there are pockets of the country where it’s not safe for transitioning students, or faculty and staff. There is still a lot of work that we need to do.” 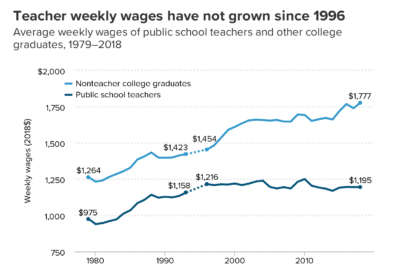 In 2019, NEA found that the national average teacher salary had declined 4.5 percent over the past decade, adjusted for inflation. That’s bad news for teachers and students—low pay leads to less qualified teachers in classrooms. But a 2019 national poll also found that 74 percent of parents would support their community’s teachers striking for higher pay.

People are paying attention to this issue, and we see progress. In Hawaii, where teacher salaries are the worst in the nation and roughly one-third of students aren’t taught by qualified teachers, the statewide Board of Education voted in December to give $10,000 raises to special-education teachers, and $3,000 to $8,000 raises to teachers in hard-to-staff areas.

The Hawaii State Teachers Association has a comprehensive plan to end the teacher shortage by 2025 that includes improving pay for every teacher and working with financial institutions to help teachers get low-cost mortgages. (The average price of a single-family home in Honolulu? An eye-popping $812,000!)

(See also: How Higher Salaries Can Save the Teaching Profession and Education Support Professionals Fight for a Living Wage.) 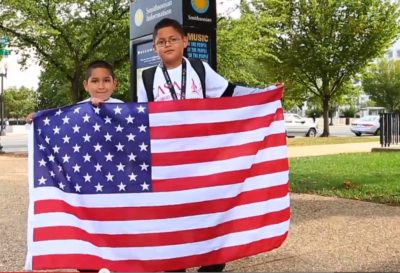 When Texas teacher Karen Reyes exited the Supreme Court on a chilly morning in November, she saw hundreds of immigrants, like her, amassed on the steps, chanting and cheering. “Looking out, coming out of that court, [I saw] we have power,” she says. “We don’t need them to tell us that we’re worthy, that we deserve to be here in a place we call home. We know that—and we’re not going to stop.”

In 2019, U.S. immigrants faced many challenges, including the forced separation of parents and children at the border, which NEA members protested in February, and increasing anti-immigrant incidents in schools and communities. The status of Dreamers, like Reyes, who was brought to the U.S. as a 2-year-old, remains uncertain, as the Supreme Court weighs the White House’s effort to end the Deferred Action for Childhood Arrivals (DACA) program. (NEA has urged the justices to do the right thing for DACA recipients.)

But immigrants also have tallied a few wins: In October, federal judges blocked the Trump administration’s “public charge” rule, which would have made it harder for immigrants to get green cards if they might also need food stamps, Medicaid, or other public benefits. And, like Reyes says, immigrants—and their allies—aren’t backing down.

(Learn more about these issues at NEA EdJustice, and take NEA’s pledge to stand up for immigrant students.) 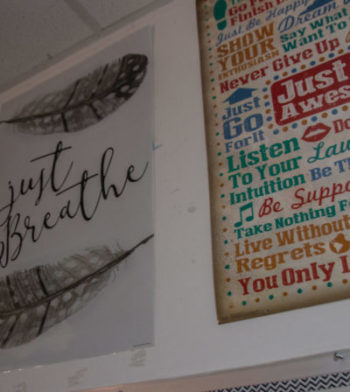 Inside Heather Harrison’s Delaware classroom, natural light filters through sheer shades onto piles of yoga mats. Nearby, a “cool-down” corner invites students to calm down with stress-relieving putty or magic sand. For students who have experienced trauma, such as eviction or violence in their homes, and that’s 55 percent of U.S. children, this kind of calm, structured environment is essential to learning.

Brain research tells us that adverse childhood experiences, known as ACEs, cause structural changes to developing brains. Often these traumatized children act out, are punished, and feed the school-to-prison pipeline. Meanwhile, their educators are overwhelmed, stressed out, and desperate for help.

In 2019, NEA and a growing number of its affiliates helped educators learn more about trauma-informed practices, including in Delaware, Vermont, Illinois, Maryland, Kentucky, and Oregon. In May, representatives from 39 NEA state affiliates attended a trauma convening in Chicago, and their report promises additional support the years to come. While there is no magic pill, educators with professional training can reduce the impact of trauma on their students.

(For more information, read NCSEA’s report on “Addressing the Epidemic of Trauma in Schools”)

#RedForEd Across the USA 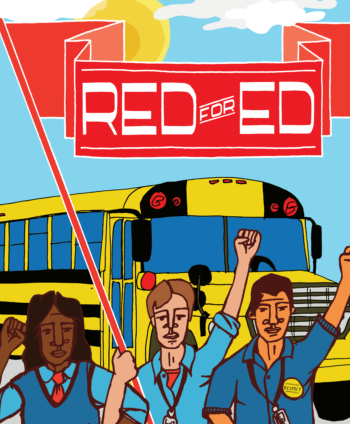 A national movement for the schools our students deserve hit its stride in 2019. “When we fight, we win” proved Los Angeles educators, whose January strike won a historic victory. “Class-size reduction, limits on testing, and access to nurses, counselors and librarians will change our students’ lives forever,” said union president Alex Caputo-Pearl.

This momentum will continue in 2020. The Indiana State Teachers Association’s massive Red for Ed Action Day in November was just a start. Now, ISTA is calling on lawmakers to invest $75 million in teacher pay. Meanwhile, in Tennessee, thousands of educators are expected to rally in mid-March for more funds and less testing, and in Florida a “Take on Tallassee Rally” takes aim at decades of neglect for public schools. “On January 13th, I will be on the steps of the Capitol,” promises Florida Education Association President Fedrick Ingram, “and I will be looking out at a sea of red.” 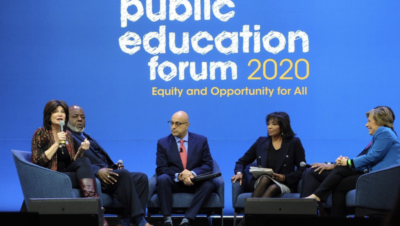 How does it feel to have the men and women who would occupy the most powerful, elected position on Earth compete for your attention? Public education has taken center stage in the presidential primary race, and undoubtedly this will continue through November 2020.

In July, ten presidential hopefuls stood before almost 7,000 delegates to the NEA Representative Assembly to answer NEA members’ questions about educator pay, school funding and privatization, gun violence, college debt, the next Secretary of Education, and more. “The power of this union and the collective voice of our 3 million educator members was on full display today,” said NEA President Lily Eskelsen García, who promised “we will play a vital role in choosing who becomes the next president of the United States.”

Then, on December 14, in a forum co-hosted by NEA and other groups, seven Democratic candidates again provided answers to public educators, parents, and students. “We appreciate the candidates…tell[ing] us how they will work to make sure all students have the tools, resources, and opportunities they need to succeed,” says Eskelsen García.