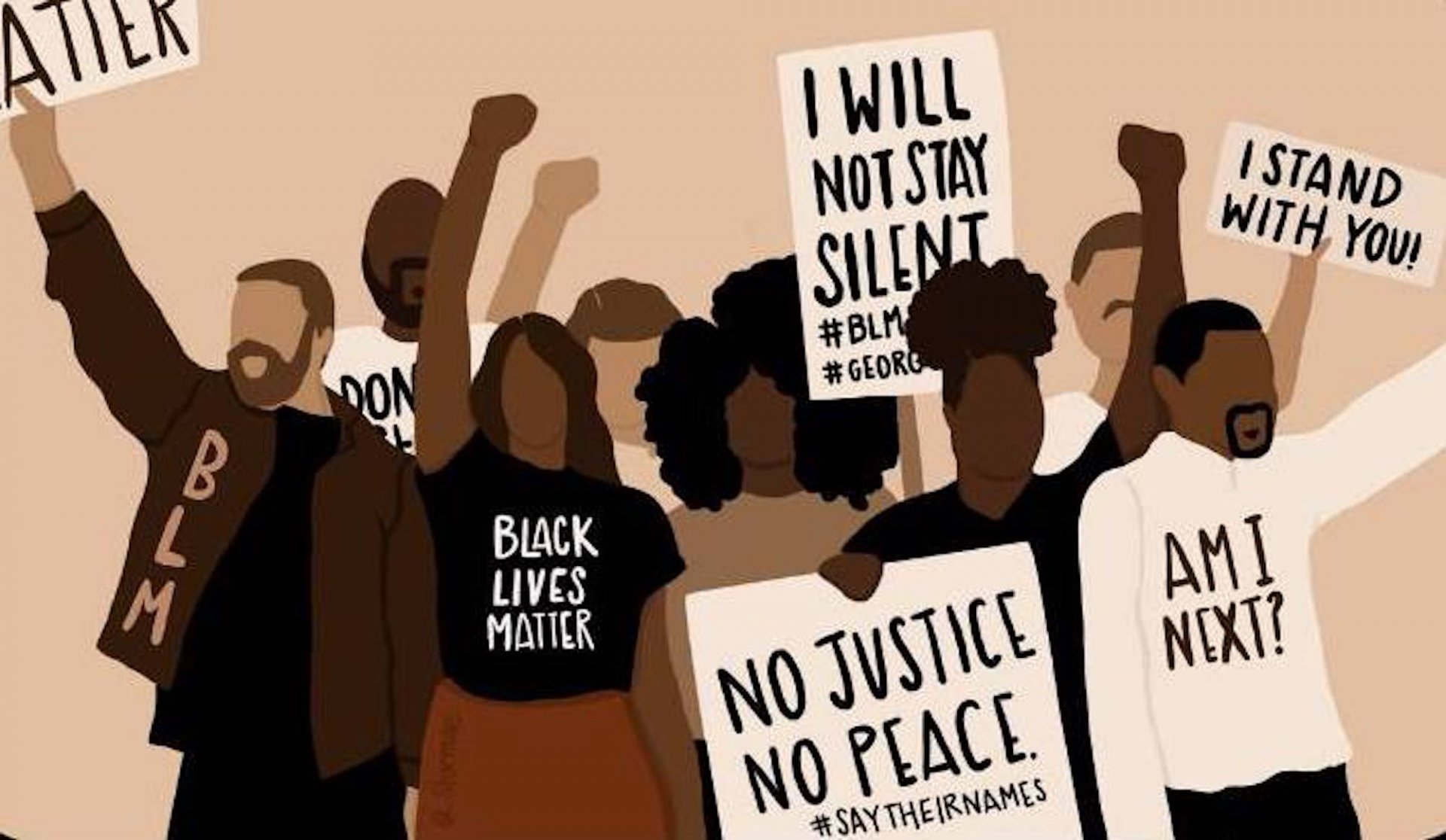 With much of the nation absorbed on the recent presidential election, the angry mob of insurrectionists at the U.S. Capitol, and the transition of power, members of NEA’s Aspiring Educators (AE) program remain focused on justice for Black lives and equity and just futures for the nation’s public-school students.

Last week, during the AE Black Lives Matter Week of Action, January 11 – 16, members and practicing educators across the country engaged in a different act each day to demand that Black Lives Matter in schools and communities. They celebrated the accomplishments of Black women in U.S. history through a session called “Black Girl Magic,” supported Black-owned businesses, stood in solidarity with the Black Lives Matter movement, and urged Members of Congress to support the George Floyd Justice in Policing Act, a wide-ranging bill centered on law enforcement accountability.

Additionally, participants experienced one of the past practices that kept Black Americans from voting in the 1960s, explored the harmful effects of colorism within the Latinx community, and unpacked some of the systematic suppression that has impeded racial diversity within the education profession.

“Black. Lives. Matter.…those words are far more than a chant,” said Becky Pringle, president of the NEA, on the second day of action. “They reflect our unrelenting demand for justice and equity for Black lives,” adding that aspiring educators give her hope and pride, “heeding the call of John Lewis to get into good trouble, [and]… doing what he asked of all of us: Get in the way of anything that threatens our rights and our freedom and our future.”

No topic was too heavy to tackle.

Would You Pass the Test?

Before the passage of the Voting Rights Act, it was common in several Louisiana parishes to issue a literacy test, which was given to mostly Black citizens and non-white individuals. The test was used to deny them the right to vote.

Test questions ranged from who the first U.S. president was and who gets to choose the church we attend to harder questions such as, “A government in which the people delegate authority to chosen officials is A) a totalitarian state; B; a republic; or C) a monarchy” and “The Congress cannot regulate commerce A) between States; B) with other countries;) or C) within a state.”

“This test…is nearly impossible [to pass],” says Derrick Sanders, a student at Tennessee State University, who shared his reaction after he took the test in a video. “But I've learned so much from it…and [how]…our ancestors had to fight for us to get the right to vote,” noting that by taking the test he was able to get into “some good trouble and experience, express, and elaborate on the importance of voting.”

Click the Louisiana Voter Registration Test to see if you could pass.

Identifying and Defeating Colorism within the Latinx Community

On day three of six, a roundtable discussion identifying and defeating colorism in the Latinx community was held. Colorism is a product of racism and a practice of discrimination by which those with lighter skin are treated more favorably than those with darker complexions.

It’s a complex issue that resides in many societies of color. It shows up in various forms and is often painful particularly to the Afro-Latnix community.

One prominent example shared during the discussion was that of the popular telenovelas. These soap operas tend to portray the character of light complexion with being affluent, blue-eyed, and tall, while the character of darker skin tone plays the impoverished help.

It also shows up within family structures.

Panelist Gladys Marquez, an English language learner and bilingual teacher in Illinois, shared how colorism impacted her life while growing up. With deep Native (Chichimeca) and Mexican roots, she recalled how people would make comments such as, “stay out of the sun; you don't want to get dark” or “make sure you marry someone who is lighter because we want our children to be lighter.”

“We buy into these societal norms,” Marquez said during the discussion, “because we've been conditioned by the oppressor [to think] that is what's best…[and]…because of white supremacy culture, we have been conditioned to not accept [all people], and that needs to end—and it ends with us.”

Marquez underscored that the first step to dismantle colorism is to acknowledge white supremacy culture is not germane to the U.S. “This is a global problem…that impacts all cultures,” she said.

Other practices to help dismantle colorism included offering more space for people to self-identify, support organizations of color (not just your own), understand how skin color can repeatedly align to a caste system, and more.

A powerful panel discussion on the systematic suppression of the U.S. Black voice and experience within the educational system wrapped up the week’s programming. In “Amplify Black Voice in America: We said what we said,” Black leaders within NEA weighed in on topics such as curriculum reform, policing in schools, school to prison pipeline, and the need to racially diversify the education profession.

They shared personal stories of when they were taught by their first Black educator, which ran from kindergarten to college, and the influence that had on their own journey to become a teacher.

“I am really…grateful to be a Black elementary educator [and work] in this union so that we can make that a different experience for a lot of our kids across the country,” said panelist Turquoise LeJeune Parker, a media coordinator in North Carolina.

While discussions focused on the many barriers that prevent People of Color from entering the education profession, panelists also shared how they’re working to tear down those walls.

Kumar Rashad, a math teacher in Kentucky, spoke about how he works with a group to recruit, train, and mentor Black aspiring educators. His area of focus is to help future educators pass the math portion of the Praxis. “It’s about representation,” he said, referring to creating a more inclusive workforce. “These tests are used to weed out our people.”

“We have to talk about [trauma] if we’re going to talk about where are all the teachers of color,” said Tuanya Jaco, a sixth-grade English language arts and social studies teacher in San Jose, Calif. “Why would they want to go back and work in [an] environment…where they didn't see themselves… felt oppressed… pushed out… miscategorized and put into special ed classes unnecessarily… and received higher discipline?”

She added, “We also have to talk about how teachers of color are leaving the profession at much higher rates than white teachers because of the microaggressions we face…. If we don't address the trauma, institutionalized racism, [and] the microaggressions… you can put any initiative in place you want, you can do all the recruiting and retaining… [and it] is not going to make a difference. You're just going to burn through that many more Black teachers and teachers of color that much faster.”

This work in the fight for racial justice will be ongoing for members of the AE program, as they work to ensure that the declaration of Black Lives Matter transcends in all cultures nationwide. The NEA AE Black Lives Matter Week of Action served as a springboard for other state AE leaders to compliment actions specific to the needs of membership. For example, members of the Student California Teachers Association created space for Black educators to sign on and just talk with one another and listen with purpose.

Sign the pledge to join us in this fight.