Educators Look to Unions to Lock in Paid Family Leave

In the absence of parenting leave, some educators in California had to pay for substitute teachers. 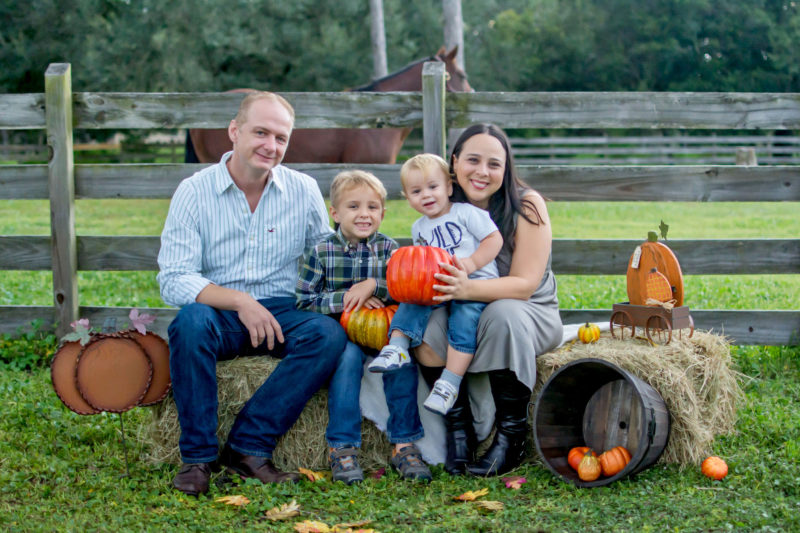 When University of Central Florida (UCF) associate professor Yovanna Pineda learned she was pregnant, she did what comes naturally to her: lots of research. At UCF, she learned, there was no such thing as paid family leave for educators. “I talked to a lot of people and realized, we had a terrible situation,” she recalls.

Meanwhile, on the other side of the country, Fran Zumwalt, then-president of the Grossmont Education Association near San Diego, also was concerned with what she considered to be a social justice issue among her K-12 members. “A lack of paid maternity leave is absolutely the thing that keeps women earning less than men!” says Zumwalt.

In both places, the women quickly realized that their unions held the key to locking in paid leave for new parents, a benefit that has been proven to improve the health of parents and children and increase productivity in the workplace. “We saw the union as a place where there was already a group of engaged faculty members who cared about their colleagues,” says Beatriz Reyes-Foster, a UCF professor and leader in the effort.

“Obviously there are structural problems in society, but you start the conversation locally—and the union was the obvious place to begin that conversation,” she adds.

In Florida and California, the conversations led to the bargaining table, where both unions recently ratified contracts that now include paid leave for new parents. In Grossmont, the new benefit provides six weeks of paid leave to birth mothers. At UCF, the new parenting leave includes both mothers and fathers, including same-sex partners, as well as adoptive parents, and provides up to 19 weeks for 12-month employees.

“It’s a huge step in the right direction,” says United Faculty of Florida-UCF President Scott Launier—and not just for faculty but for their students, too. Healthy, happy educators are productive, effective educators, he points out.

Family Leave in the U.S.

Only about one in 10 private-sector workers in the U.S. has access to paid family leave through their employers, according to the Bureau of Labor Statistics, leaving millions of American parents unable to take off from work after the birth or adoption of a child.

Nationally, we’re suffering from “a Leave it to Beaver family policy stuck in the last century,” wrote U.S. Secretary of Labor Thomas Perez last year. In fact, it has been 23 years since President Bill Clinton signed into law the Family and Medical Leave Act (FMLA), which requires many employers to provide 12 weeks of unpaid leave to new parents. “The basic promise of that law is that no one should have to choose between the job you need and the family you love,” said Perez. “For the millions of Americans who cannot afford to take leave without pay, the promise remains unfulfilled.”

Perez isn’t alone: a growing chorus of voices is saying FMLA is no longer enough, not in this global economy, where the U.S. is the only developed nation in the world without mandatory, paid family leave. (In fact, only three countries offer absolutely no legal guarantee of paid maternity leave. The other two are Papua New Guinea and Swaziland.)

Parental leave reduces the likelihood of infant mortality, increases the chances of post-natal healthcare, including infant vaccinations, and facilitates breastfeeding. Meanwhile, new mothers who take longer than 12 weeks of maternity leave also have been found to have fewer symptoms of depression and stress.

But it’s the economic benefits that may be swaying policymakers and employers. As Yovanna Pineda pointed out to UCF negotiators, paid leave is an effective recruitment and retention tool. One study found that 94 percent of leave-takers who received full pay returned to their employers, compared to 76 who received unpaid leaves. Another found worker productivity after paid leaves was significantly higher than after unpaid leaves.

“When you have that kind of leave, you come back relaxed and ready for work, and not so resentful! You actually come back more productive,” says Pineda.

In the absence of parenting leave, many of Zumwalt’s young colleagues were actually paying for substitute teachers, typically $115 a day, after exhausting their brief “sick” leaves. But that wasn’t the only cost. Grossmont’s mothers also delayed movement up the salary schedule during their unpaid leaves, and lost retirement savings. When Grossmont’s men retired, they often had a year’s credit of unused sick leave to reap, “while women had zero!” Zumwalt says.

“When you have [paid parental] leave, you come back relaxed and ready for work, and not so resentful! You actually come back more productive” - Yovanna Pineda, University of Central Florida

At just about the same time that Grossmont teachers won the new maternity leave, San José Teachers Association President Jennifer Thomas was successfully lobbying the state legislature and California Governor Jerry Brown to amend the California Family Rights Act to expand the right of teachers to use differential pay for new parenting, including mothers and fathers, same-sex parents, and adoptive parents.

Differential pay is the difference between an educator’s salary and the cost of a substitute teacher, and it had been previously available only to teachers on medical or disability leaves. “We have 300,000 teachers in California, so I like to say it could potentially impact 300,000 teachers!” says Thomas, who has a walletful of baby photos from grateful parents.

Ironically, neither Pineda nor Reyes-Foster will use the leave that they helped win—both have older children. “My kids are 7 and 2 and a half,” says Reyes-Foster. “I unfortunately did not get to benefit from this leave. But I’ve been advocating and in this fight for a long time so that others don’t have to struggle the way I did, and I struggled less than others!”

“I am just so glad others will be able to enjoy it,” says Pineda.