Educators Mobilize Against Use of Dangerous Weed Killer

Hawaiian educators and parents rose up, and Round Up, the glyphyosate-based weed killer used on their school grounds, went down. 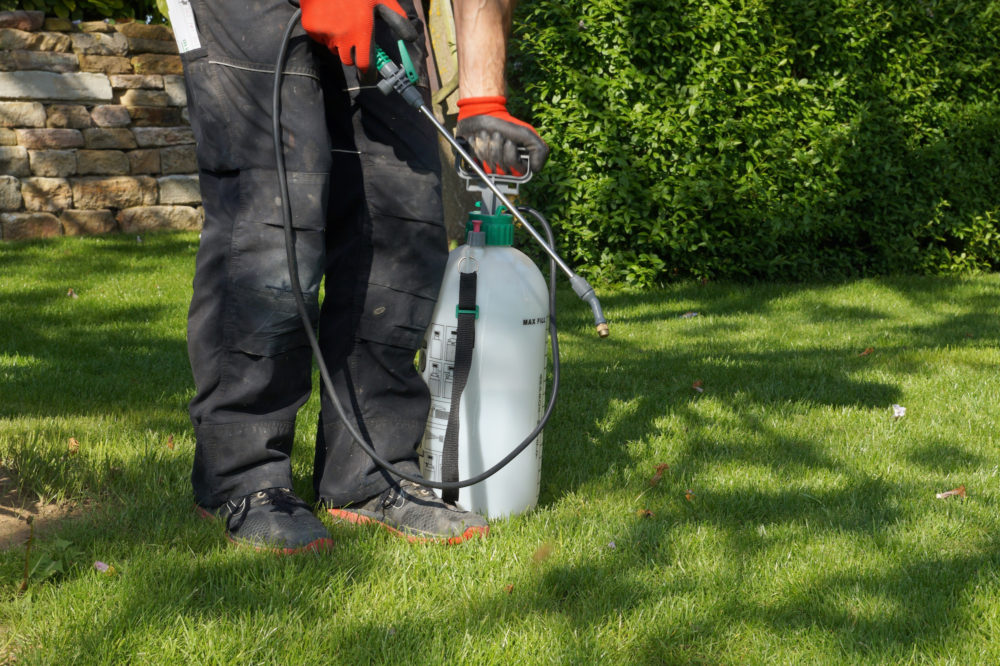 Because Hawaiian educators and parents rose up, Round Up went down. After several years of community meetings and committee hearings, the Hawaii State Board of Education has banned the use of glyphyosate-based weed killers, like Round Up, on school campuses.

Hawaii’s action follows a growing number of bans from Connecticut to California, in school districts, counties, and other municipalities where parents and educators are concerned about glyphosate's links to cancer.

In Hawaii, the final blow was dealt by a man from the mainland who attended a July community meeting with parents, educators, and state board members, says State Rep. Amy Perruso, a social studies teacher and former Hawaii State Teachers Association (HSTA) officer.

“It was intense,” says Perruso. “And amazing.”

At the meeting, Dewayne Johnson shared his story of using Round Up as a California school groundskeeper, contracting an incurable case of non-Hodgkins lymphoma, and winning a $289 million jury verdict, later reduced to $78 million, against Monsanto, the megalithic maker of Round Up. Similar judgments against Monsanto have been awarded to at-home users. In March last year, a jury awarded $80 million to a California man who used Round Up for years in his yard. He also has non-Hodgkins lymphoma. Two months later, a married couple—who both have non-Hodgkins cancer and both used Round Up in residential landscaping—was awarded $2 billion by a state jury, later reduced to $78.5 million.

“It’s important for people to know this stuff, to know about what they’re being exposed to,” Johnson said recently, in an interview with Time. “If people have the information, they can make choices, they can be informed and protect themselves.” 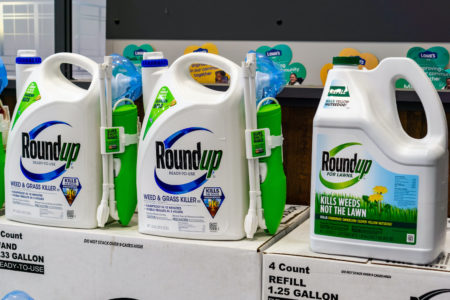 In 2015, the World Health Organization concluded that glyphosate is probably carcinogenic to humans. Since then, thousands of lawsuits have been filed against Round Up’s maker, Monsanto, now owned by Bayer. Meanwhile, communities with glyphosate bans, ranging from South Portland, Maine, to Dubuque, Iowa, to Boulder, Colorado, are proving it’s possible to keep out weeds without using harmful chemicals.

Just a few weeks ago, officials in Indian River County on Florida’s Treasure Coast announced their workers would switch to a mixture of salt, vinegar, and dish soap to get rid of weeds. Some towns use goats.

And yet, the environmental advocacy group U.S. PIRG estimates that 26 million pounds of Round Up are still sprayed on schools, public parks, playgrounds and gardens every year. This concerns NEA members who care about the long-term health of their colleagues and students.

Sowing the Seeds for Healthier Communities

In Hawaii, the case against Monsanto’s weed-killer is complicated by the corporation’s deep roots in the economy. Along with tourism, Hawaii relies on agribusiness for local jobs and state revenues. Monsanto, now Bayer, owns hundreds of acres across the islands, where it develops and grows seeds sold to industrial farms on the mainland.

“This is Monsanto’s capital, and we’re well aware of that. It’s been very hard to even have a conversation at the Capitol. Legislators are pretty reluctant to take on Monsanto,” says Perruso. Consider this, she says, the sponsor of Hawaii’s largest high-school agricultural program is…Monsanto. “These kids, what their education consisted of, is learning to apply pesticides. My parents were adamant that they didn’t want this!”

Alongside HSTA members and community activists, Hawaiian parents worked hard to get heard. The July community meeting, attended by more than 60 people, was the tipping point. An agricultural teacher there, recalls Perruso, admitted to using the weed-killer. That teacher told the crowd that she didn’t have the resources for alternatives, and she needs to get her students prepared for jobs. “You could just feel the electricity,” says Perruro. “People were not scapegoating her—everybody surrounded her with support, saying ‘there are better ways.’”

“The energy in the room, it just crystallized the issue. The folks there were so knowledgeable, so passionate, they really convinced the superintendent,” Perruso recalls. “She immediately said, we will issue a memorandum tomorrow, we will not use any Round Up-like substances on any of our campuses—you have my word.”

The lesson learned? “We only win when we fight together,” says Perruso.