Educators, Parents Team Up to Bring Healthier Food to Cafeteria

The healthy school meals students deserve is won at the bargaining table. 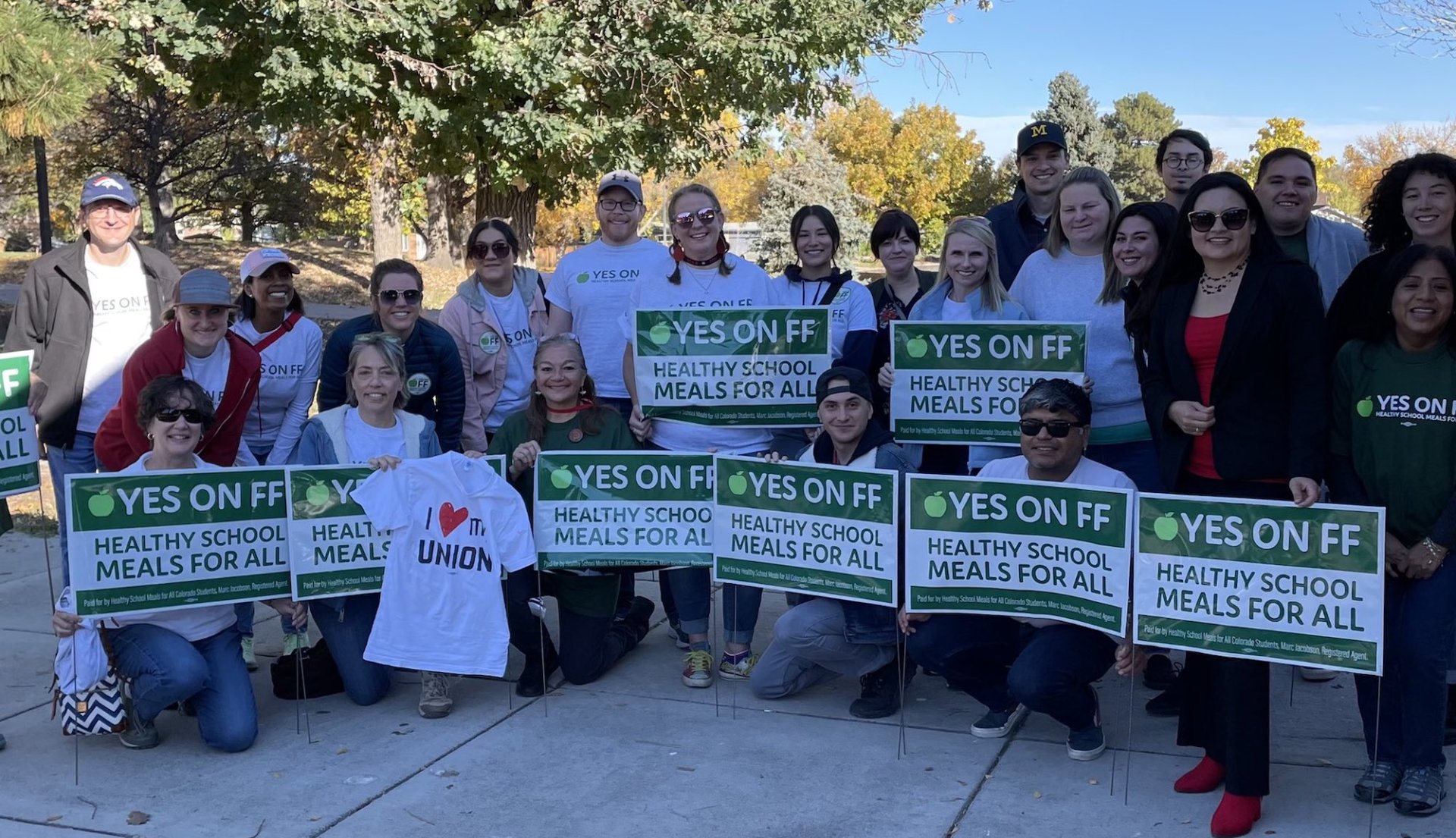 In April 2022, a seven-member team from the Jeffco Education Support Professionals Association (JESPA) came in ready to negotiate with their school district over more than pay and additional staff. They were also proposing healthy school meals for students. To drive home this point, JESPA food service workers catered dinner that night for the management bargaining team: A prepackaged, highly processed sandwich.

No one ate it.

“What you see in front of you [is what] I serve my kids,” Zander Kaschub said during the bargaining session. Kaschub is an elementary school kitchen manager in Jeffco Public Schools and president of JESPA. While he runs the kitchen’s day-to-day operations, he has no control of the menu. “It is unacceptable. It’s the easy way out. … We need to [do] better.”

Over the years, food service workers have faced a continuous loop of job-related threats: Parents complain about the unhealthy food choices and opt their child out of the lunch program. School administrators reduce the workforce for lack of student participation and then rely on quick-to-fix meals.

Serving the unhealthy food students eat at school was one of the many strategies that would help JESPA settle their contract with a pilot program focused on healthier school meals, scratch cooking, disclosures to all families about nutritional contents, and more. They even won a $3 pay increase for all JESPA members, bringing starting wages up to $18 by September 2023 from $12.49 in 2021. That’s a 44 percent increase to starting pay!

BARGAINING FOR THE COMMON GOOD

Collective bargaining looks different depending on state laws. Some states only allow for bargaining over wages and benefits, while other states don’t permit bargaining at all. But in Colorado, where there is no state statute, unions can go beyond bread-and-butter issues. It’s called permissive bargaining, and this is where Bargaining for the Common Good comes into play—a strategy where educators and their unions join with parents and other allies to demand changes that benefit not just educators, but students and the entire community.

This means, unions can bargain and win on more student-centered issues that aren’t traditionally covered in a contract, like recess time, mental health support for students and more art and music classes.

And it was this approach that gave JESPA members a winning chance to get the school meals their students deserve.

“We had carrots, but they were sad looking carrots,” says Andrea Cisneros, a kitchen manager at West Woods Elementary School, adding that she’s “never seen those prepackaged meals before the pandemic.”

When the pandemic hit, the USDA extended free meals to every student, but instead of working to provide those free meals, district officials shut down operations and moved to layoff food service workers. JESPA decided to organize, filed a class action grievance, and worked with Coloradans for the Common Good to demand the district reopen kitchens and utilize buses to transport food to communities.

Once schools were back to in-person learning, the district blamed supply chain issues and staff shortages and increased the use of cheap, prepackaged, ready-to-eat meals that typically contain little to no protein and are overly processed, such as chicken nuggets, fish sticks and tater tots.

“We served pizza every day at the junior high and high schools, and we had a shortage of vegetables and fruits,” recalls Cisneros, who’s been with the district for 23 years. “I took a field trip to Boulder Valley schools nearby to tour their kitchens. I learned how that district prioritizes healthy, local food, so they did not have the supply chain issues, constant menu changes, or substitutions that we have in Jeffco.”

Since students have returned to in-person learning and families are being charged for school lunches, parents also want better food options.

Across the country, more school districts are embracing scratch cooking (freshly cooked meals, using locally sourced ingredients), as part of a food justice movement that empowers communities to have authority over what they eat, how they eat it, and who provides it to them.

JESPA cafeteria workers want to move to this style of food preparation, knowing that higher quality food will benefit their students' health and learning. Parents want the same. 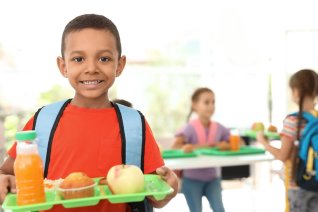 But when the two groups were advocating for healthy school meals separately, zero changes were made to school menus—that all changed when they combined efforts.

“Some parents got ahold of our union and asked us how to get better food that’s more culturally relevant to what they eat at home,” explains Cisneros, adding that some kids wouldn’t eat the calzone because the word is too closely associated with the Spanish word calzones, which means underwear.

She adds, “Parents were upset and didn't know what steps to take. They joined us and the Coloradans for the Common Good, … and, together, we set up a game plan.”  JESPA is a member of Coloradans for the Common Good, a broad-based organization comprised of over 30 local institutions, including congregations, unions, non-profits, and neighborhood organizations, committed to the common good of all people.

The Strategies Behind The Win

The game plan was to grow their network of support among the community, partner with groups familiar with farm-to-table approaches, visit other districts that were serving healthy foods, and push their elected officials or any candidate running for office, at the time, to publicly support JESPA’s efforts.

JESPA settled their contract this past June and successfully negotiated a pilot program that will replace junk food and highly processed prepackaged food with healthier, scratch-cooked options. Plus, menu creation will include parent and student voice and will have more culturally relevant options. The pilot will start in three schools: an elementary, middle, and high school.

While the menu is still in progress, Cisneros hopes to serve quesadillas, enchiladas, or homemade burritos, instead of frozen burritos in a packet.

“We realized that we have more power together, … and we couldn’t have done this without the support from our parents and community,” she adds.

During the bargaining process, JESPA and partners like Coloradans for the Common Good joined with Hunger Free Colorado and more partners, connected with their state legislators to support a Healthy School Meals for All proposition (Proposition FF) that would provide free school meals to all Colorado public school students.

A big push is currently underway by the Biden administration to make this a reality by supporting a path to universal school meals, an effort applauded by schools, anti-hunger groups, and social justice activists.

Colorado voters approved the proposition during the 2022 midterm election. In addition to free breakfast and lunch for students, the measure will generate enough funding to pay for food workers and bring in quality food.

Between the pilot program and the proposition, Colorado is poised to usher in a wave of healthy, sustainable food for all students.