Educators Prepare for Reopening with Living Wills and Life Insurance 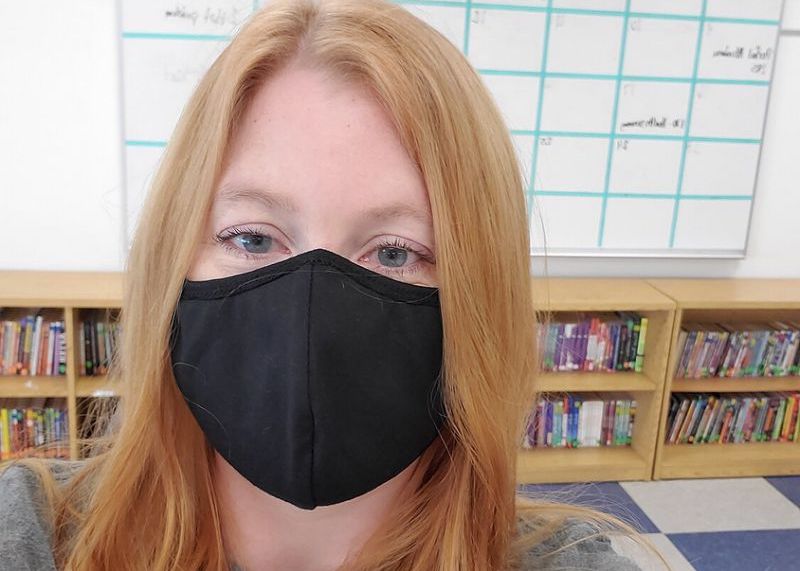 Washington teacher Shaela Rieker recently updated her will and increased her life-insurance coverage.

As school districts and college campuses get ready for the school year, and as COVID-19 cases rise across the U.S., anxious educators have a message for administrators and lawmakers: We want to teach our students, but we don’t want to die doing it.

“I want to be in my class, teaching them and getting to know them. But, for me, it’s far more important for everybody to be safe, and I don’t think they can guarantee that,” says Shaela Rieker, a fourth-grade Washington teacher. In anticipation of returning to school this fall, Rieker, the sole income-provider in her family, recently updated her will and increased her life-insurance coverage, saying, “it would be irresponsible of me not to.”

Many states and school districts are listening. From Maryland to California, lawmakers or school officials have said they will begin the school year with distance learning, or delay the start of school until infection rates decrease. Other governors, such as in Florida, continue to bow and scrape for President Trump and Secretary of Education Betsy DeVos, who threatened to withhold federal funds from districts that don’t physically open their doors every day for every student.

In Florida on Monday, the day after a 51-year-old Pasco County sixth-grade teacher died from COVID-19, the Florida Education Association (FEA) filed a lawsuit on behalf of educators and parents, seeking to block Gov. Ron DeSantis’ emergency order to open schools for in-person education. The order is unconstitutional, FEA says, because the state Constitution mandates “safe” schools.

In this context, a Florida law firm has offered to provide free living wills to teachers forced to return.

“The command from Gov. DeSantis is reckless, unreasonable, and unnecessary. It’s a false choice to keep schools closed and stop learning, or to open unsafely. There are places all over the country, in fact all over Florida, that are planning very creative ways to deliver education safely,” said NEA President Lily Eskelsen García during an online FEA press conference Monday.

An increasing number of parents also support distance learning. In a recent national poll, more than seven out of 10 parents said sending their children to school would be a “large or moderate risk.” More than half are either “very” or “extremely” concerned about students attending brick-and-mortar schools in the fall.

Amy Hawkins, an elementary teacher in Deltona, Florida, is one of those educators who wants to see her students and colleagues—she considers them her school family—but is reluctant to risk her life and theirs for face-to-face education.

Hawkins, who has two school-aged sons, is immunocompromised. Because COVID-19 would likely lead to her death, she has very rarely left her house in the past few months. She gets her groceries delivered. Now, with school officials expecting her back in her Volusia County classroom on August 11, she is updating her will. 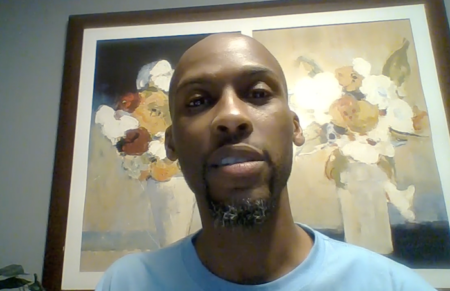 In Florida, on Monday, the state announced another 10,500 COVID-19 cases. If it were a nation, it would rank fourth in the world for number of cases, so far. Meanwhile, its COVID deaths have topped 5,000. “Young people die of this virus,” said FEA President Fed Ingram bluntly. “I don’t want this state government to play Russian roulette with anybody’s child… Let’s keep these children alive. Let’s keep their grandparents alive.”

Orlando middle-school teacher Ladara Royal, a 35-year-old who is immunocompromised and joined the FEA suit as a plaintiff, has had two doctors tell him that he’d be risking his life if he returns to a physical classroom. “I never imagined that answering the divine call to be an educator would put my life at risk,” he said.

Meanwhile, Broward County teacher Stefanie Beth Miller, who survived COVID-19 after two months in the hospital and 21 days on a ventilator, also joined the lawsuit because she says she doesn’t want any of her colleagues or students to have an experience like hers. “I’ve been home now for six weeks, getting physical therapy, occupational therapy, and speech therapy daily. It’s a long journey. I don’t wish this upon anyone,” she said.

Listen to the Experts

To safely return, educators want personal protective equipment (PPE) for every staff member and student. They want hand-washing supplies. They want safely ventilated classrooms, fully staffed custodial and deep-cleaning crews, and school transportation plans that don’t include crowded buses. “One thing that could help is if we had a plan to resume safely,” said Miami high school teacher Nyree Washington. “We do not have this plan.”

The command from Gov. DeSantis is reckless, unreasonable, and unnecessary. It’s a false choice to keep schools closed and stop learning, or to open unsafely. There are places all over the country, in fact all over Florida, that are planning very creative ways to deliver education safely.” - NEA President Lily Eskelsen García

Educators like Washington’s Rieker know what it’s like to be in a classroom with 27 or 28 fourth graders. “A kid needs to blow their nose, sharpen their pencil. How do you do these things and stay socially distanced?” she asks. “I have individual desks in my classroom, but some of my coworkers have tables. We don’t even have desks for everyone.”

Educators need to be involved in safety planning, say union leaders. Nobody knows better what it’s actually like in classrooms, cafeterias, and school offices. But too often, they’re ignored. Illinois high school teacher Lindsey Jensen recently served on statewide and district transition teams for reopening schools, where educators discussed everything from how to safely provide lunch to small groups, to how to take temperatures, “to how to get kindergartners to wear a mask for more than five minutes,” she said.

Ultimately, they came up with a plan to maintain physical distancing through alternating groups for in-person learning in the mornings, and to also provide virtual teacher hours in the afternoons. It was thoughtful, safety-oriented, and rejected summarily by school board members who insisted on all-day, in-person education for all students.

“What has disgusted me the most throughout this process is the fact that educators were hailed as martyrs just five short months ago, and now our expertise is being completely disregarded. We know the specific challenges of our buildings, of our unique districts, and when we are realistic and say, ‘Here's what we can safely do with all things considered’ we're consistently told it's not good enough,” said Jensen, a former state teacher of the year.

In her district, one school board member said maybe they should replace the educator-based transition team with a team of parents. “The lack of respect for educators at this time is astounding,” said Jensen. “We're consistently being told that our concerns are null and void. They aren't considered valid by non-educators. And that's terrifying."