Educators Push Back Against Proposed Changes to AP World History

Revisions will cut out all history before 1450. World History didn't begin with European colonization, educators and students tell College Board. 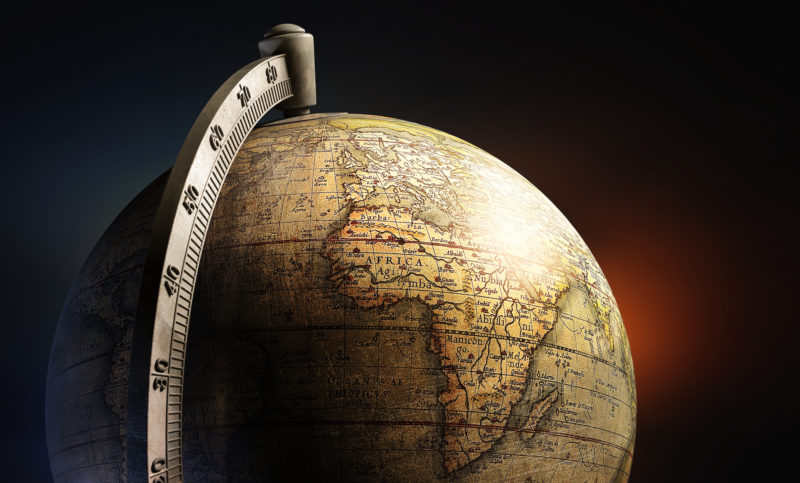 In 2001, the College Board added World History to its catalog of Advanced Placement (AP) courses. AP World History, which starts in 8000 B.C.E and spans almost 10,000 years, provides a unique look at history by studying empires and cultures that predate Western records, empowering and engaging students from all different backgrounds and origins.

But recent proposed changes to the curriculum have triggered a backlash among many educators. The College Board recently announced that, instead of starting at 8000 B.C.E, the course will cut out all history before 1450 (Periods 1-3), effectively negating the lives and impact of ancient peoples before Western colonization.

Many teachers and other education professionals oppose these changes (to take affect in the 2019-20 school year) on the grounds that they could alienate students of color and undermine the primary functions of the course - learning to contextualize and identify causation throughout time. Taking out three periods of history could severely limit a student’s ability to achieve these goals.

“I was dumbfounded at how they were basically removing half of the course, in which there is some of the most rich, diverse content of the entire curriculum,” says Tyler George, an AP World History teacher in Michigan.

Like other concerned educators, George believes the changes made to the course are a step backwards from the increasingly diverse classes that are offered by the College Board. To begin the history of the world at 1450 is to begin with European expansion, effectively shaping the experience of cultures across the world through the lens of Western conquests.

As Maureen Costello, director of Teaching Tolerance, recently wrote, “[the College Board] hasn’t proposed a new title for the course, but we recommend calling the class what it is: European Colonial History.”

According to George and other educators, students could be left oblivious to the cultural origins and broader context of modern events. So many history classes and textbooks are already whitewashed, telling the story of Eastern countries through the white man’s perspective. AP World History offered a unique opportunity for students to watch history unfold in a way most social studies classes failed to present.

The restructuring of AP World History could also disenfranchise students of color and of differing origins. History before 1450 tells the story of cultures that blossomed and made the world what it is today - long before Western empires robbed them of their liberty, says George.

“Imagine being a Pacific Islander and the only way you will begin to study your history is either by watching Moana or starting at the point when the U.S. and other countries begin expanding,” George explains. “Imagine being of African heritage and slavery is one of the first topics that come up in class. Imagine being from the Caribbean and your first lesson is the devastating impact of the Columbian Exchange on your indigenous ancestors.”

At the 2018 World Open Forum in Salt Lake City, Trevor Packer, senior vice president of AP courses, insisted that the content cuts to AP World History were a response to teacher grievances regarding the vast amount of information packed into the course. While the class is notably rigorous, many teachers sill disagree with the action that was taken.

Former California public school teacher Amanda DoAmaral attended the forum and confronted Packer. She argued that people in power are essentially telling her students they don’t matter and questioned why the College Board is deciding to do the same instead of helping them learn and grow in a world that doesn’t always support them.

So far the College Board’s only solution is to offer a Pre-AP course that covers the material that would be cut from AP World History. The new course would take pressure off teachers and present the information to students more effectively by “[spreading] this important and valuable content across two academic years, rather than just one,” College Board spokesman Zach Goldberg told Politico.

Unlike other AP courses, however, Pre-AP will not be funded by the College Board and won’t appear on any of the AP exams. Districts may subsidize the AP tests, but funding for the Pre-AP courses may fall on individual schools.

In her speech to Packer, DoAmaral noted that many schools cannot afford pencils, let alone another course. And without period three material represented on the test, teachers 10 years from now will probably stop teaching it.

Educators across the country are not sitting still and are determined to show the College Board the true ramifications of altering the AP World Curriculum.

“I’ve been teaching AP for a decade and I’ve never seen a hornet’s nest stirred up like this,”  AP European History teacher Tom Richey told Politico.

For the past few weeks the hash tags #SaveAPWorld and #SavePeriod3 have been trending on Twitter and other social media sites. At the World Open Forum, DoAmaral was accompanied by hundreds of other teachers ready to give their students a voice and challenge Packer and other College Board administrators to rethink their actions.

'AP World History is Needed More than Ever'

The call to action has not stopped with educators; many students have taken to social media to share the impact that AP World History has had on their lives and academic experience. Dylan Black, a student and recent veteran of the AP World History course, created a petition on Change.org to try and reverse the cuts to period 3. Dylan’s campaign has resonated with teachers and students across the country, garnering over 10,000 signatures as of June 20, 2018.

“The class is demanding on students,” Black writes on the petition, ”but is also one of the most rewarding, life-changing classes I've ever had the privilege to take.”

Tyler George says he will not stop emailing, calling, and advocating on social media until his and other educators’ voices are heard.

“In a world that is fueled by quick reactions on social media, biased news, and people responding to passion rather than facts, AP World History is needed more than ever,” George says. “Students need to understand that there was a beautiful, vast, and engaging world before Europeans ‘discovered’ it.”