Silly and sentimental, some gifts from students are simply unforgettable. 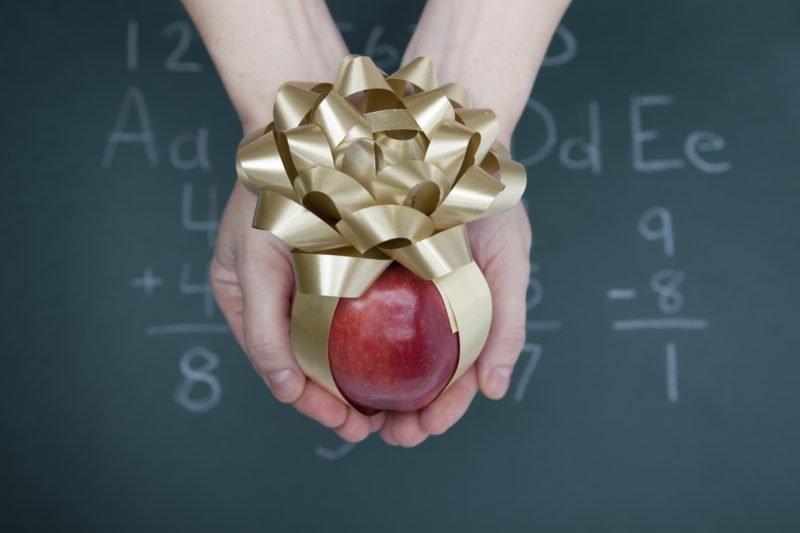 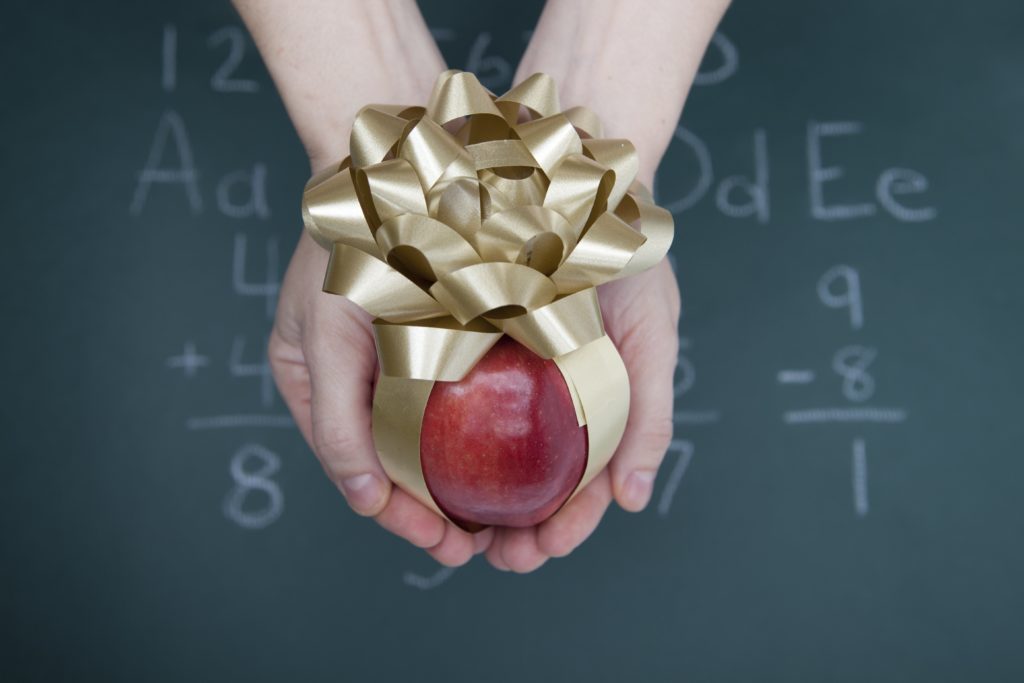 From practical and personal to silly and sentimental, the gifts educators receive definitely leave a lasting impression. We asked our Facebook fans to share their most memorable gifts, and, in the spirit of the season, they delivered. Happy Holidays!

A half bottle of used perfume. A fifth grade boy who lost his mom said I reminded him of of her so he wanted me to have her favorite perfume. I wore that perfume every day.
Holly, Bradenton, Florida

A Christmas ornament given to me in June because his locker was such a mess that he “lost” it until the end of the year locker clean out!
Amy, Boyne City, Michigan

It was a hand-written colorful birthday note from a 6th grade student. She wrote about how much she appreciated me not just because of my role in her life, but as a single mother to my own daughter (2nd grade at the time), and how she saw me working hard in that role, as well. It touched my heart and went well beyond her years.
Stacey, Chandler, Arizona 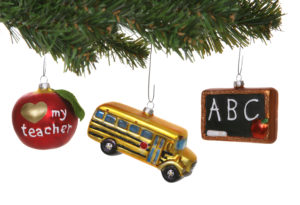 A simple "Thank you" from one of my high schoolers at the end of the year. I said good morning to him every single day that I drove the bus and he never answered, sometimes even scowled. I knew he was going through something deep. On the last day of school, he told me his mother had left the family and he felt lost. He said he felt happy to hear the 'good morning' each day.
The best gift ever! It resides in my heart. Marti , Traverse City, Michigan

The students in a club that I sponsored surprised me with a life-sized cardboard cut-out photo of me so that I could be in two places at once. Debi , St. Louis, Missouri

After my dad, a retired science and social studies teacher and park ranger, died, my student bought a tree to be planted in his memory. I got a certificate and everything. My dad planted hundreds of trees in his lifetime, so this was perfect. Emily, Pheonix, Arizona

I taught students from Haiti in a bilingual program. When school was about to be dismissed for Christmas Break they spontaneously got up and begin to run around the room hugging one another, shaking hands, and wishing each other Merry Christmas. Just watching that go on was such a greatest gift! It was heartwarming. Marilyn

When, 15 years after leaving my class, my student, Marco said, “ I became a singer because of you.”
Pam, Oneieda, Wisconsin

After my house was burglarized my third-graders bought me new earrings! Linda, Pensacola, Florida

When I was student teaching a boy gave me a "Favorite Teacher" ornament that he had taken off of another teacher's tree. You might not see the love in this, but he was very poor, already in a gang, and had never been successful in any class before. It told me I was making a difference in his life...on so many levels. To this day, I don't care where he got it. Kathleen, Brentwood, California

I received a hand-painted portrait of my Golden Retriever, done by a second-grade student in a frame made by his Grandfather. Suzanne, Louisville, Kentucky

One of my students made me a traditional Dominican meal which still makes my mouth water when I think about it! Melissa, Hopewell, New Jersey

I worked in a Dual Language school and most of my students were from migrant worker families. Once a young girl gave me a perfume set. I spoke with her mother and expressed my gratitude for the gift. She told me that her daughter worked the fields with them for a month so she could save enough money to buy it. She told me that the gift was her way of showing how proud she was of me for earning my Masters, which I had just done that December. She told me she wanted to be exactly like me and grow up to be a teacher. I still have that empty perfume bottle. My student graduated and is now a teacher and I am honored to have been a small part of her life. Lisa, North Carolina

A seat on a bus. The parents organized a trip to Chicago to see the King Tut exhibit. They paid for all the teachers who wanted to go! Polly, Lebanon, Ohio

My very first student was on the autism spectrum and was primarily nonverbal. Toward the end of the year, I was telling my educational assistant that I had been accepted into the Peace Corps and was going to the Philippines He looked me in the eye and said clearly, “I’ll miss you, Reyna.” Best gift ever and is what got me into the field of special education and autism. Reyna, Nehalem, Oregon

I was pregnant and on bed rest. I went into school the day before break and found a note that said, ”Mrs. Mascaro, I don’t have any money to buy you a gift, so I cleaned your desk. Merry Christmas!” Best Gift Ever.
Kelly, Central Square, New York

A rubbing of my cousin’s name from the Vietnam memorial I received in the mail. A former student was in Washington, D.C. his junior year. I was his third-grade teacher, and always read them “The Wall” on Veterans’ Day, and told them about my cousin. I can’t believe he remembered that! Stephanie

One of my students made a Lord of the Rings cookbook for me. He found the recipes online, and made a leather cover with the Tree of Gondor. I treasure it. Ann, Anchorage, Alaska

After winter break I had a first-grader drag in a Christmas tree he found in the alley to school to give to me. Dolores, El Paso, Texas