Educators 'Under Immediate Threat' in Culture of Fear and Violence 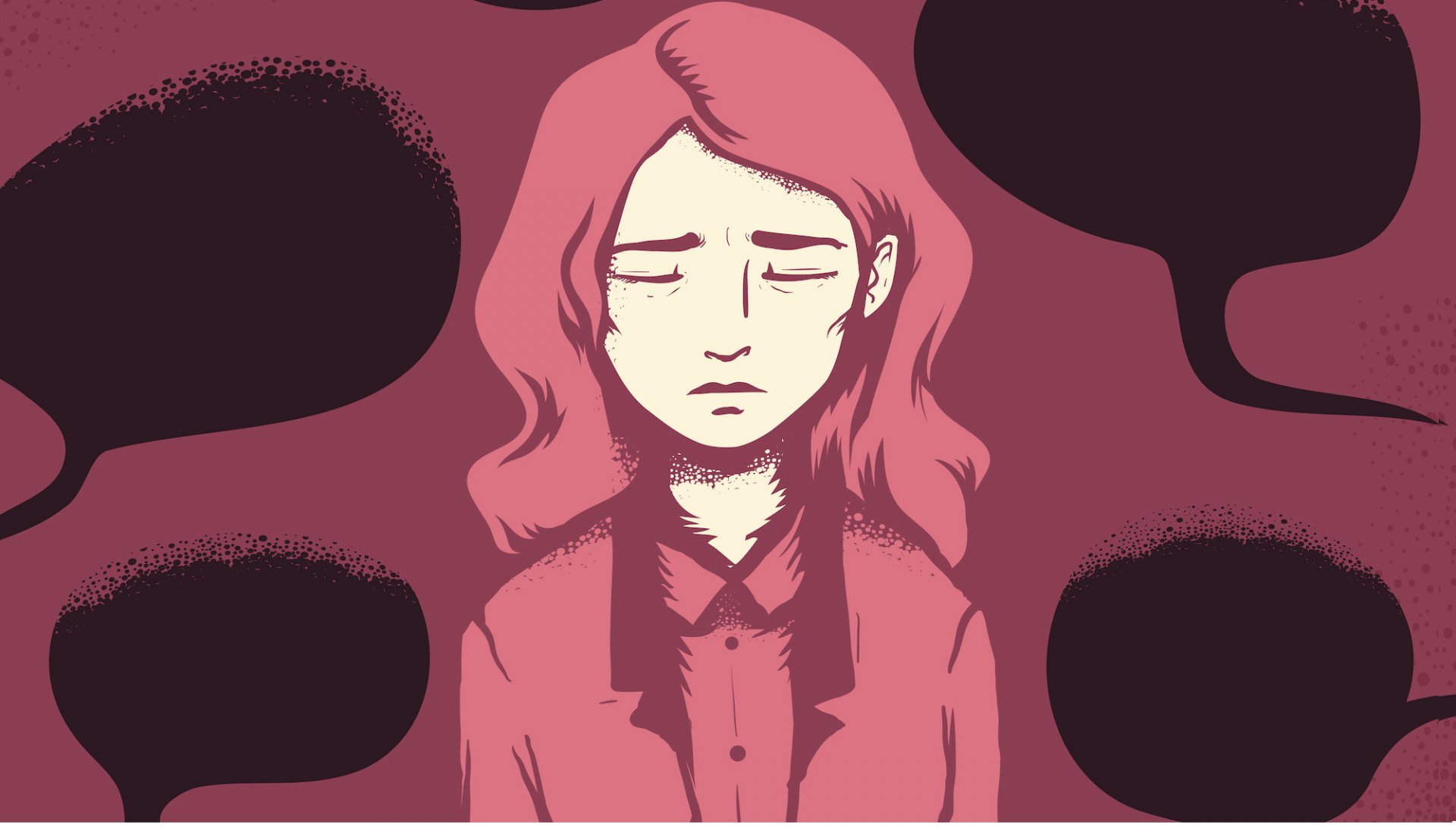 For educators returning to school, the 2021-22 school year was always going to be challenging. Exhausted and stretched to the limit by the stress of an unprecedented and anxiety-ridden year, they re-entered buildings in August singularly focused on health and safety to prevent any outbreak of the virus among students and staff.

Last year, the mitigation strategies proven to be most effective—mask mandates especially—had sparked vocal opposition. Now, in many communities that opposition has metastasized into fury and vitriol, leading to harassment, intimidation and even violence against school employees.

- After the first day of school at Sutter Creek Elementary in California, a parent opposed to mask mandates verbally assaulted the principal. An educator intervened and came away with lacerations to his face.

- In Austin, Texas, an individual physically assaulted a teacher by ripping the mask off her face.

- Two weeks later, in Tucson, police arrested three men after they barged into the principal's office, armed with zip ties, promising to place her "under citizen's arrest" for enforcing public health measures.

- Recent school board meetings have become arenas for chaos and threats, driven by small cadres of parents but also individuals associated with extremist right-wing groups.

This menacing behavior is fueled largely by falsehoods, paranoia, and conspiracy theories (along with a well-organized campaign to disrupt and radicalize local school boards) and isn't directed just at health and safety measures. Disinformation has also enflamed the debate over teaching about systemic racism and injustice, leading to another stream of harassment and threats against educators.

Alarmed by this frightening trend, the National Association of Secondary School Principals and the National School Board Association (NSBA) both urged the Biden administration in September to intervene and help protect school board members, educators, and school leaders who are susceptible to acts of violence. In its letter, NSBA documented more than 20 instances of threats, harassment, disruption and acts of intimidation across multiple states.

“America’s public schools and its education leaders are under an immediate threat," wrote NSBA President Viola M. Garcia and NSBA interim Executive Director and CEO Chip Slaven. "As the threats grow and news of extremist hate organizations showing up at school board meetings is being reported, this is a critical time for a proactive approach to deal with this difficult issue.”

The U.S. Department of Justice responded swiftly when Attorney General Merrick Garland announced on October 3 that he would direct the FBI and federal prosecutors to meet with federal, state, local agencies to develop strategies to combat the "disturbing spike” in violent threats facing educators, administrators and school boards.

“Threats against public servants are not only illegal, they run counter to our nation’s core values,” Garland wrote. “Those who dedicate their time and energy to ensuring that our children receive a proper education in a safe environment deserve to be able to do their work without fear for their safety.”

The National Education Association (NEA) applauded the announcement. From the beginning of the pandemic, NEA has made the safe and healthy return to school its top priority, demanding adherence to proven, effective safety measures, including mask-use, distancing, cleaning, tracing and testing protocols, along with prioritizing vaccinations for educators. The sole purpose of these measures has been to protect students, educators, their families, and their communities.

It is shocking, says NEA President Becky Pringle, that radicalized individuals are now targeting the very people responsible for preventing a COVID outbreak at school.

"We stand with the National School Boards Association in calling on the federal government to step up and help," Pringle said during an appearance on MSNBC on October 1.  "[Educators and school board members] have been threatened, intimidated, bullied, some of them have been spit on. Some of their families have been threatened. These are educators, people of the community, parents themselves. Why? Because some parents don't want their children to wear masks, a proven strategy to protect the public from COVID-19. It's unacceptable."

No Longer a 'Silent Crisis'

The harsh reality is that violence and aggression against educators has been a part of their school lives for many years, albeit one that hasn't until recently been on the national radar. The American Psychological Association (APA) who has tracked attacks on teachers, called it a "silent, national crisis" in 2016 and found that 80 percent of educators had personally experienced "some form of violence or abuse"—mostly from students but also some parents—within the current or past year.

The APA pointed to factors such as home life, academic stress, mental heath issues as the most prevalent precursors to these attacks. What is happening now, however, is much different and in many ways more disturbing.

Our nation’s educators are still working through a pandemic after two years. We’re all exhausted, stressed, and stretched so thin it feels like we’ll crumble—and now we’re facing growing violence fueled by corporations with no oversight and no accountability to the communities they harm" — NEA President Becky Pringle

The vitriol and menace on display at many school board meetings—whether it's over COVID prevention or school curriculum—is coming from adults, many of them radicalized by conspiracy theories and extreme politics. Despite their obviously threatening language, these actions have been downplayed by some who have tried to cast the DOJ's announcement as a blatant attempt to muzzle or even spy on parents in a public arena.

These kinds of obfuscations, however, ignore how toxic disinformation, conspiracy theories and outright lies disseminated through social media have fanned the flames of division and paranoia that are now putting educators in harms way.

In an October 8 letter to the CEOs of Facebook, TikTok and Twitter, Pringle urged these companies to step up and take responsibility for their role in polluting the public discourse.

"The speed and reach of these lies that are manipulating so many of our citizens would not be possible without the use of social media platforms," she wrote. "The fact that our students are watching this behavior, and in some cases replicating it makes it all the more destructive to the foundational importance of public education and peaceful, free civic discourse."

It's hardly a stretch to imagine a student, after seeing adults verbally abuse and threaten school officials, deciding it is acceptable to take up the notorious recent TikTok "Devious Lick" challenge that led to the stealing and vandalizing of school property across the country.

Tammy LaPlante, a school custodian in Ohio, reported that restrooms in her district had to be temporarily closed due to the damage inflicted by students. "The impact to a school district caused by actions of a few is disruptive to say the least. All school staff and students are feeling it."

But it is the "Slap a Teacher" challenge that has put many educators on high alert in October. TikTok has said that the company would remove videos promoting the behavior if they were posted online. Still, given the current climate, NEA state affiliates have warned their members.

Megan Tuttle, president of NEA-New Hampshire, said students may feel emboldened to act out based on the "chaos and vitriol" witnessed at school board meetings across the state.

"The lack of respect shown at school board meetings is setting a dangerous precedent for students and their perceptions about what's acceptable in our society," Tuttle told The New Hampshire Union Leader. "We have seen verbal attacks and threats of physical violence targeted at school board members, educators, and even elected state officials. It appears civil discourse is being replaced by fear and threats of violence."

It's long overdue, Pringle said in her letter, for social media companies to take these threats seriously and "end the stream of propaganda."

While praising the many benefits of social media, she urged the companies to fix their algorithms—which tend to amplify harmful, inaccurate and divisive content—and "prioritize public safety over profits.” (On October 15, a new bill supported by NEA was introduced in Congress that would remove liability protections for online platforms when they knowingly use an algorithm to deliver content that causes physical or severe emotional injury.)

“Social media can…show us a glimpse of the world we might not otherwise experience and help build community—if done so thoughtfully and responsibly,” Pringle wrote. “But this rising tide of violence must be stopped before even more educators get harmed. Your companies have both the power and responsibility to stamp out disinformation and violent trends—for the sake of public education and the future of democracy."