Clean fuel buses reduce air pollution, ease asthma, and save money on sky high gas prices, but the best part is they're being driven by the same friendly faces students already know. 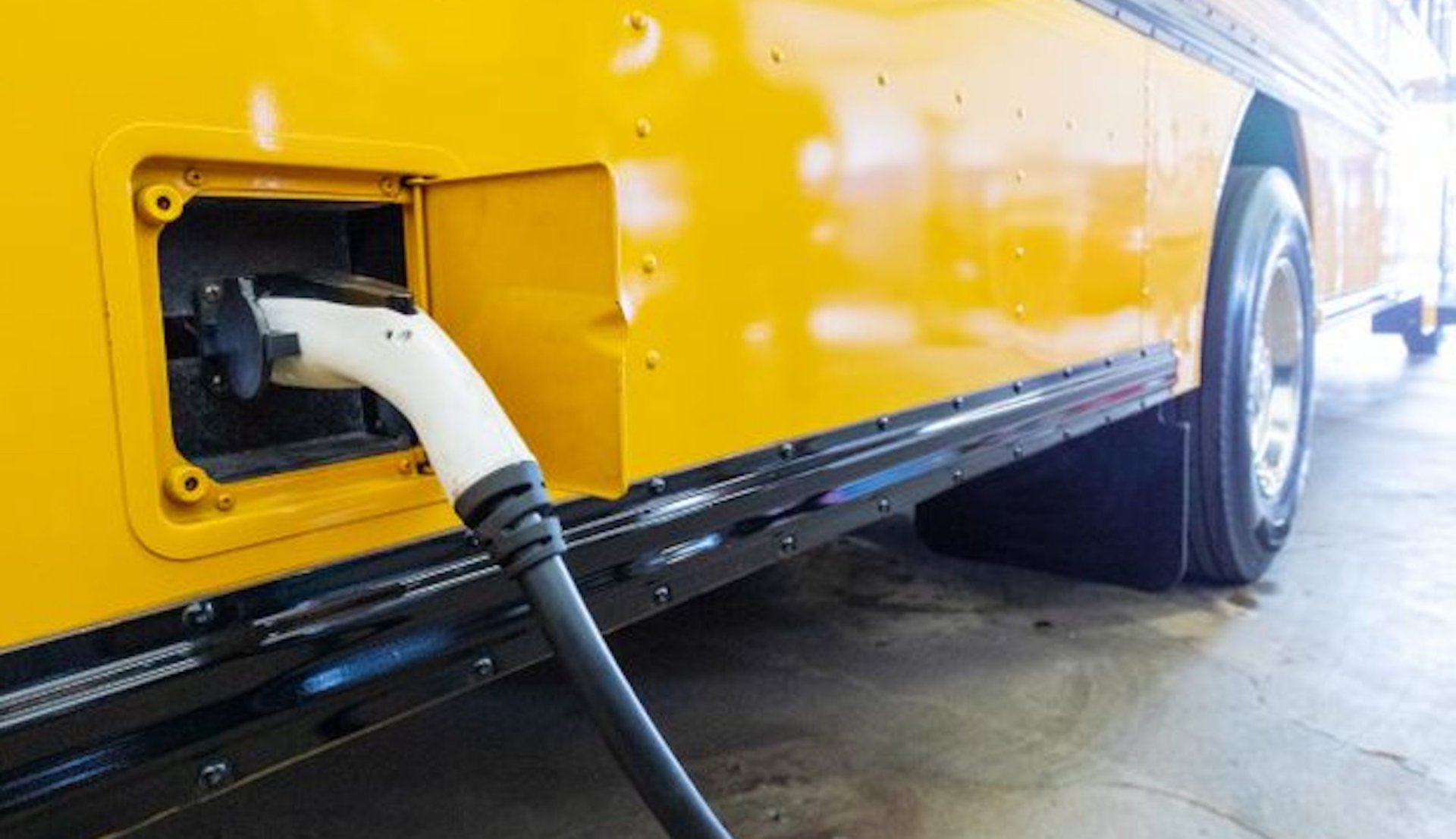 James Johnson has been driving Vermont school buses for 30 years and he’s noticed over the years how rarely kids look up from their screens. But that changes when he pulls up in his electric bus.

“They think it’s super cool and they always have a lot of questions,” Johnson says.

His bus can go for about 125 miles. In the morning, he travels 70 miles on his routes, then plugs in for a couple of hours to recharge and is ready for his afternoon runs.

The buses are part of a pilot program resulting from Volkswagen Environmental Mitigation Trust. The car company awarded every state a sum of money and Vermont used its funds to introduce electric school buses. So far there are eight electric buses for four districts.

Johnson was chosen to drive one because of his long tenure with his district as well as his experience driving city buses in Burlington.

“I love it!” he says. “All you have to do is look around to see how important climate change is. And especially after COVID, we all know how critical clean air is for our health.”

Kids with asthma or other respiratory issues can breathe easier, and Johnson says he can now go home each evening not smelling of diesel fuel.

He says the electric bus is well built, has a lot of power, and is so quiet it can almost sneak up to a bus stop.

“A regular bus rumbles down the street, but not this one,” Johnson says. “Kids say I should play a jingle like an ice cream truck so everyone knows I’m coming.”

But riding the electric bus is certainly a treat for the students, and riding with Mr. Jimmy is a treat all its own. He always has a smile and a kind word for each student climbing aboard or a simple fist bump for the quieter ones. He’s driven in the community for so long he knows the families and they know and trust him.

He knows how students need consistency. A greeting from a friendly, caring face first thing in the morning and last thing after school boosts their well-being. If that friendly caring face is driving an electric bus that doesn’t belch out pollution, all the better.

Cleaner Fuel is Half the Equation

“We are thrilled about the new technology and cleaner fuel with these state of the art buses,” says NEA senior policy analyst Tim Barchak. “But in terms of transporting your kids, that’s half the equation. We want them to have the best drivers — they are integral to the education team — and the more we professionalize and stabilize the bus driver position, the better it is for kids.”

With private companies, kids get inferior drivers who are looking for a quick, temporary job that fits their schedule, not a career working with children. Drivers switch out every few weeks, which makes it impossible to get to know them.

When they are part of the team, when they know the kids’ names, know their siblings, even their birthdays, it makes a big difference in their lives. A driver may let a teacher on parking lot duty know that one of his riders was having a tough morning so that child can get the attention they need. That kind of support doesn’t come with a private company.

“In three decades of driving a school bus, there’s not much I haven’t seen, not much weather I haven’t driven in, and not much behavior I haven’t dealt with,” Johnson says. “We’re all in this to help shape our kids’ lives – teachers and ESPs together. You can’t talk about education about being a family if you don’t include half the family.”

In Virginia, the Falls Church City Public School system also received funds from the Volkswagen Environmental Mitigation Trust to purchase two electric school buses, as well as a congressional earmark for another one, all of which will arrive before the 2022-23 school year. Falls Church was one of 19 school districts in Virginia to receive this funding and hopes to shift to an entirely electric school bus fleet over the next decade.

“Today we are announcing $500 million in clean bus funding to go to schools across the country,” said Harris. “Starting today, every school district in our nation can apply for funding to purchase clean buses and to build the charging infrastructure that we need to build across our country.”

The Clean School Bus program is an EPA initiative that allows school districts to apply for federal funding to invest in electric school buses, which is a part of a $5 billion plan over the next five years.

Investment Will Be Transformative

“[This will be] transformative for the school districts that will be able to use the money that they would have had to spend filling up the buses with gas to instead hire more teachers, to raise salaries, or to renovate classrooms — and renovate those classrooms not at this school, but at many schools around the country that are in desperate need of repair,” Harris said.

And up in Vermont, Johnson knows firsthand how transformative the buses are for students who not only see a friendly face behind the wheel, but an environmentally friendly vehicle to take them to school.