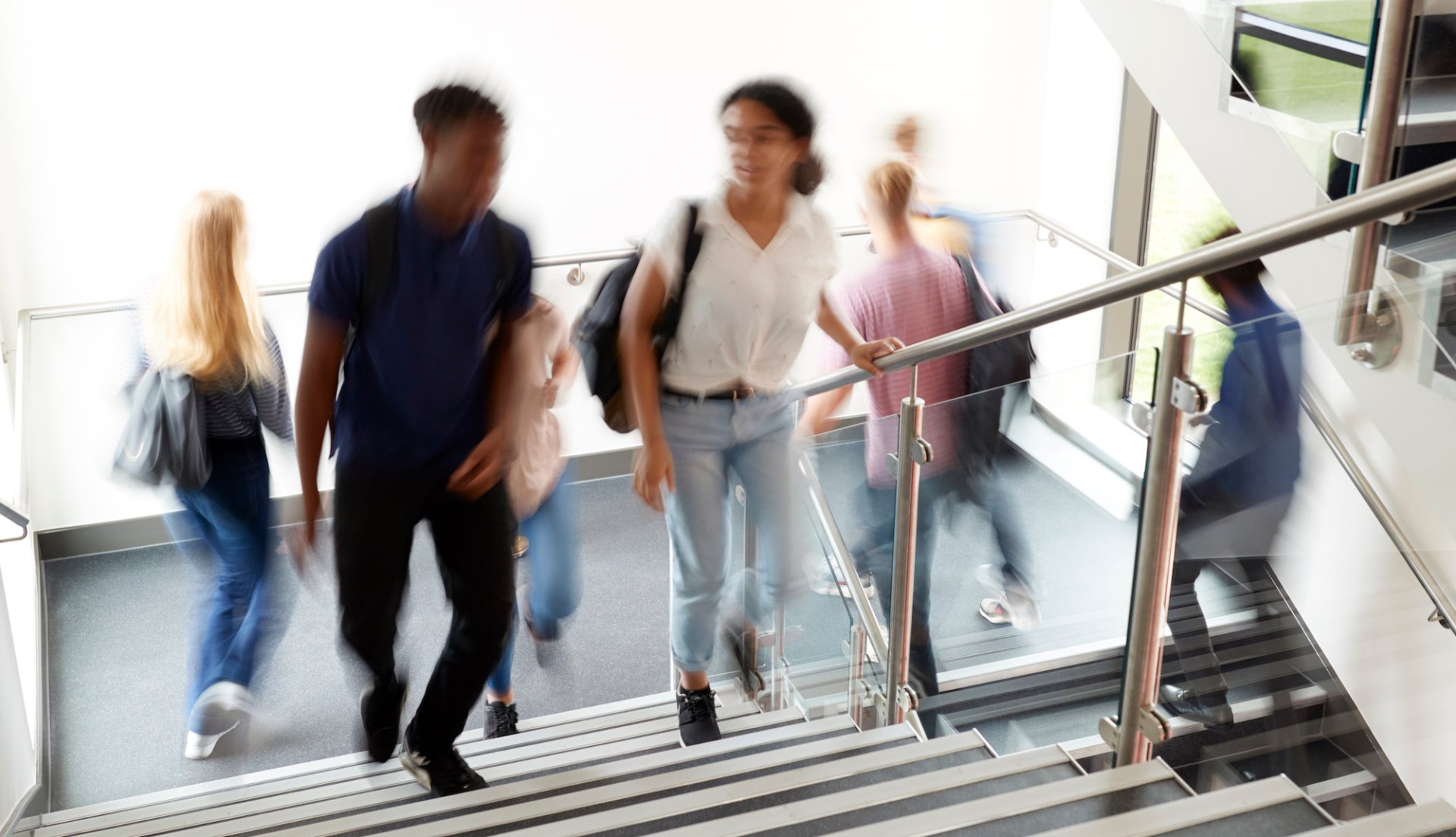 For example, while 90 percent of dress codes prohibit at least one clothing item typically worn by girls, such as strapless tops or yoga pants, about 70 percent prohibit an item typically worn by boys. Additionally, almost all school districts use subjective language, such as “revealing” or immodest, which are more often associated with clothing worn by female students and leave enforcement up to interpretation.

Such removal policies, enforced by about 44 percent of school districts, tend to be vague and “informal,” with unclear disciplinary measures once a student is removed for a dress code violation.

Compared to other regions in the country, schools located in southern states are more likely to enforce strict dress codes.

Such dress codes may disproportionately affect Black students, GAO researchers learned through interviews with district officials. One in five dress codes include subjective language in rules about student hair, such as “natural,” “clean,” “well-groomed,” or that the students’ hair must not be distracting.

The study found that some dress codes even prohibit shaved lines in hair and include rules specific to natural, textured hair or “excessive curls,” which also disproportionately affect Black students.

Additionally, more than 80 percent of school districts prohibit head coverings, and only one-third of the dress codes specify that they allow coverings for religious or medical exemptions, despite many head coverings holding religious or cultural significance for students.

Some LGBTQ+ students are also restricted by dress code policies.

In 2019, 18 percent of LGBTQ+ students reported that their school prevented them from wearing clothes that did not match with administrators’ vision of appropriate attire for their gender.

GAO’s review also found that 15 percent of dress codes specify different rules, based on perceived gender, for things like nail polish or makeup, attire, and hairstyle.

None of the GAO-reviewed dress codes with gender-based policies protect transgender or nonbinary students’ ability to dress per their gender identity.

In addition to learning loss, which results when students are removed from their classrooms for dress code violations, dress codes may have other unintended consequences.

Officials from national organizations and districts interviewed by GAO researchers found that mandatory school uniforms may create obstacles for low-income families who struggle to afford the specific, required clothing. Nearly three-quarters of predominantly Black schools and more than half of predominantly Hispanic schools require uniforms, compared to just 2 percent of predominantly White schools.

School districts often say the intent of their dress codes is to keep students safe, GAO researchers found. However, as such policies emphasize what students look like or what they wear, dress codes also can foster a less equitable environment for those adversely affected by the policies.

Since many dress codes require teachers to touch students—typically female students—as they measure a student’s body to ensure the dress code is complied with, female students do not feel as safe at school, they told GAO researchers.

For example, one suburban charter district’s policy suggests a measurement of “no straps smaller than three adult fingers.” Another states its test for dress-code compliance is this: ““The test: No bare midsection or back is revealed when arms are stretched over head.”

Making matters worse, educators who try to revise dress code policies often have trouble finding guidance on how to create equitable dress codes, researchers found. By offering information on how to revise dress codes to promote safe school culture, the U.S. Department of Education has an opportunity to act on its goal of promoting an equitable, supportive learning environment, GAO suggests.