ESP Rights In the Spotlight on the World Stage 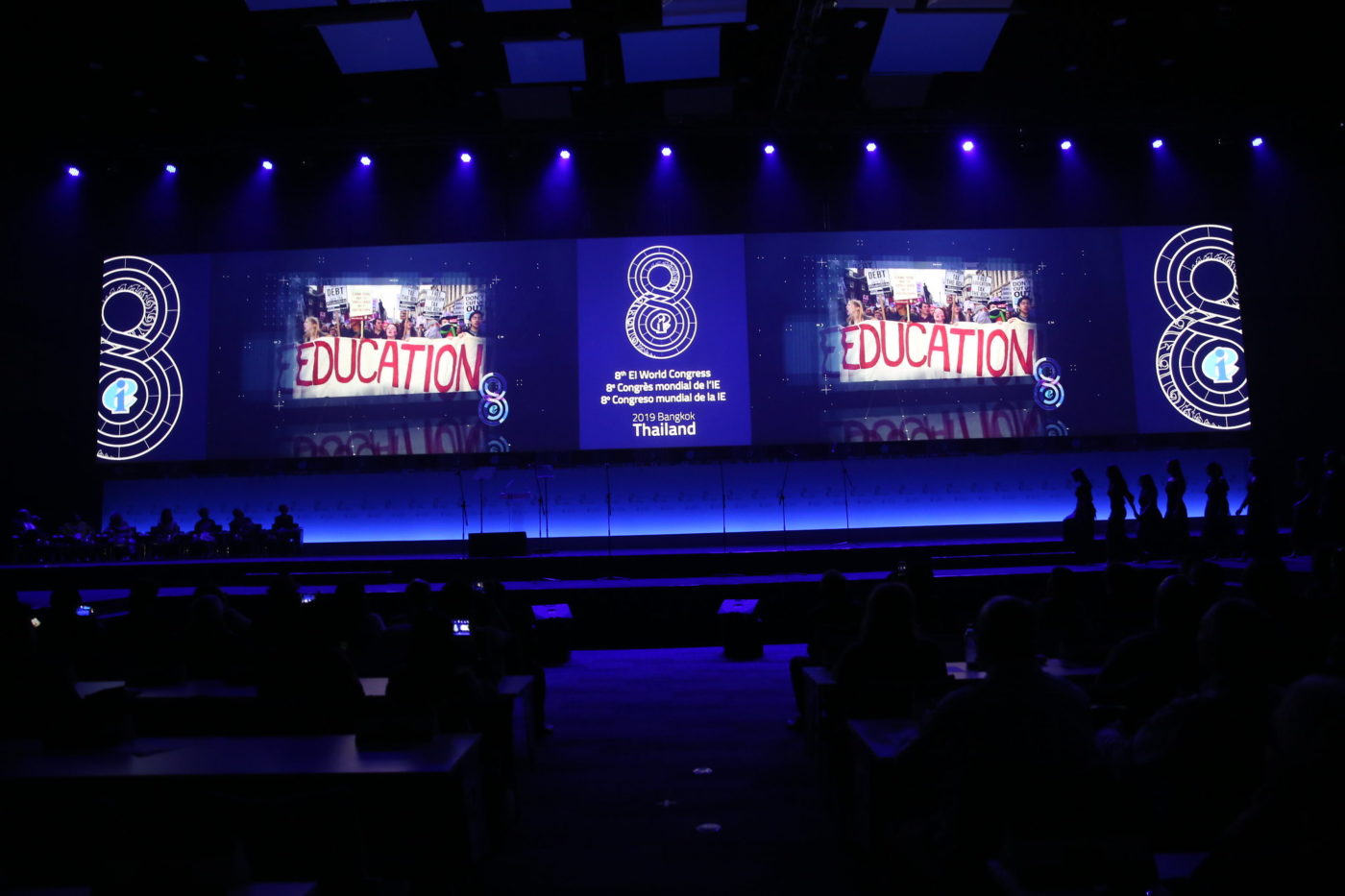 Education International (EI) is a 400-member federation of global teachers’ trade unions representing 32 million education personnel, and its World Congress is a meeting of the decision-making body that determines the policy, programs, and budget for the organization.

This year the World Congress voted unanimously in support of the rights and status of Education Support Personnel (ESP) and to officially declare May 16th as World ESP Day to recognize their work and contribution to quality education.

Attending the congress was an NEA delegation that include ESP members Lois Yukna and Saul Ramos. Ramos, a paraeducator from Massachusetts and the 2017 ESP of the year, addressed the World Congress in favor of the resolution to support ESPs. NEA Today spoke to Ramos about his experience at EI.

What was your goal in addressing Education International’s World Congress?

Saul Ramos: I wanted to convey to the Congress that ESPs are a vital part of public education and how we all need to work together, not only in our schools but in our unions. I wanted them to know how proud I am to be a part of NEA and to set NEA as an example of equality for all educators -- that ESP members are recognized as partners and colleagues and are celebrated and honored. Speaking to a World Congress with representation from over 170 countries is something that I never would have imagined doing, and to have them vote unanimously in favor of the resolution and understand the importance of was beyond emotional. I am forever grateful for the opportunity.

How did your address impact other ESPs from around the world? 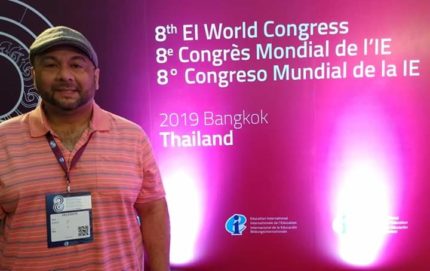 Saul Ramos at the EI World Congress in Thailand in July.

SR: I met leaders from other countries interested in organizing their ESP colleagues. A leader from Italy told me they have organized their ESPs but was interested in the NEA model and asked for more information. A leader from Africa told me my speech had inspired him to begin organizing his ESPs and bring them into their union. Union leaders from around the world recognized that ESPs all have similar issues: low pay, a lack of respect, a lack of relevant professional development, and the threat of privatization. Fortunately, many countries are moving forward in recognizing their ESPs and fighting for their rights.

Did you have any “small world” moments?

SR: I spoke to a leader from the Dominican Republic who was excited I spoke Spanish so we could communicate in his home language. He asked me what state I was from and when I said Massachusetts, he lit up and said, “Really? My daughter lives in Massachusetts near Boston in a city named Worcester.” When I told him that is exactly where I live, his eyes opened wide and he said, “Oh, wow! It really is a small world after all.”

Aside from addressing the World Congress, what was another highlight of the meeting?

SR: I had the opportunity to meet EI President Susan Hopgood from Australia. When I gave my speech, she congratulated me for being the 2017 NEA ESP of the Year. Later, at the ESP Round Table, she thanked me for my speech and remarked on how much she enjoyed my conclusion: "You can’t spell ‘Respect’ without ‘ESP.’" She now has one of our NEA “rESPect” pins.

Thank you Saul Ramos! 20 years of working with students. You can’t spell respect without ESP! #EICongress #NEAToday ESP Continuum of professional growth is one way to show respect! pic.twitter.com/PI1AFsZiTW

#EICongress Quality public education cannot happen without our dedicated Education Support Professionals. Congratulations to Marjolaine and thank you to Lois and Saul for your incredible leadership! #NEAToday pic.twitter.com/TUkJmbDX0A