Competitive video gaming is happening in high schools across the country, as coaches celebrate the teamwork and critical thinking necessary to win. 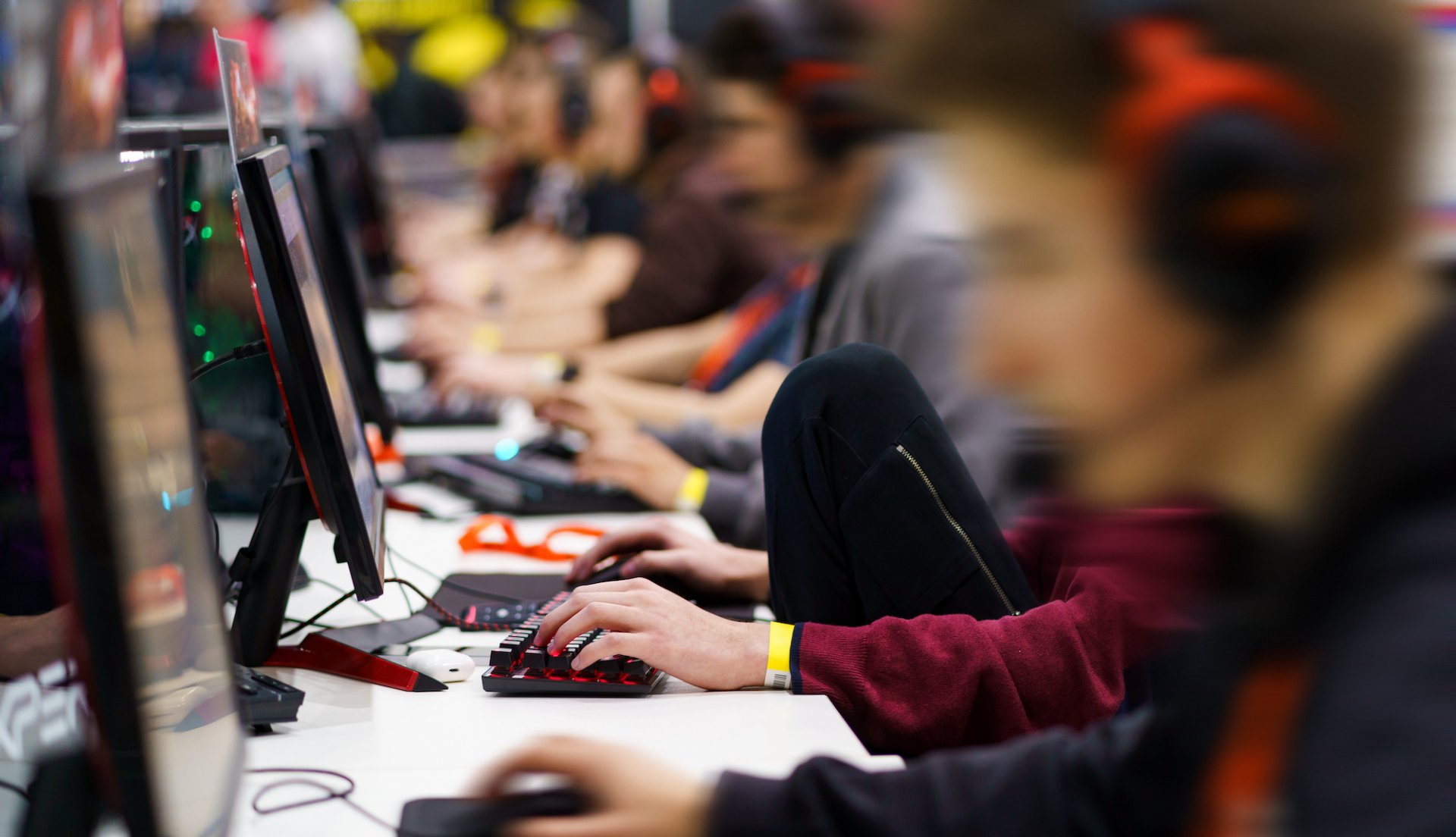 Look at the team’s defense, she enthused. “Now they have two dragons and a mountain drake!”

These Nebraska Cornhuskers aren’t clashing on the gridiron. In a state dominated by football, more and more players are engaged in a sport that doesn’t involve pigskin or shoulder pads—but does rely on teamwork and strategic thinking. It’s called esports, and it’s one of the fastest growing high-school sports in the U.S.

“Esports is competitive video gaming,” explains Kimberly Ingraham-Beck, a computer science teacher who helped start Gretna’s team in 2018. Today, about 150 Gretna students participate, or roughly 10 percent of the student body, making it the largest sports team in the school.

“It’s more popular than I ever would have imagined,” she says.

“This is Literally Something…”

Since 2018, when the National Federation of State High School Associations (NFHS) first recognized esports as an official sport, more than 8,600 high schools have started video-gaming teams.

This explosive growth is driven by student interest—about 90 percent of teens play video games—and is matched by growth in esports scholarships and careers. Many teens already make money (through donations, subscriptions and ad revenue) by streaming their play on online platforms like Twitch. Now, they can also employ Cho’Gath—a favorite League of Legends character—to win a piece of the $16 million in esports scholarships awarded last year by nearly 200 colleges with esports teams.

“A lot of parents grew up in an age where video games never led anywhere,” Nabasny says. “This year, we’ll hold an informational meeting so that parents will understand that there are hundreds of colleges that offer scholarships. This is literally something your child could make money doing!”

Like baseball, swimming, or field hockey, high school esports kicks off with tryouts and the appointment of team captains. From there, the season involves daily team practices and frequent regional matches that lead to big state-sanctioned tournaments.

Coaches look for team players who can lead their peers and support their teammates, and who have a knack for quick, strategic thinking. (They also need to be able to maintain a minimum GPA and school attendance, notes Ingraham-Beck.) “Understanding how the game works, its functionality, is important,” says Nabasny, “but also being able to work with others and create a dynamic that is fluid and changing constantly.”

Teamwork is the number-one thing. Many games are played by six players at a time, and players need to prepare a team-based strategy that effectively responds to various offensive and defensive patterns by their opponents. They study maps, go over choke points and look for strategic advantages, says Ingraham-Beck.

During games, the teams’ preparation pays off, even as rehearsed strategies may need to be abandoned. “You can hypothesize where the other team will come from, but if they don’t, your plan is scrapped and you need to come up with something else,” says Ingraham-Beck. In the heat of battle, critical-thinking skills shine: “You have to make decisions like: Do I use that power now, or do I wait for a better opportunity?

The specific games sanctioned for esports varies by state, but typically include well-known titles like League of Legends, Overwatch, Super Smash Brothers, and Fortnite.

Funding and Other Challenges

The only real difference between esports and others, says Nabasny, is the lack of recognition his players receive. “I’m talking about, ‘it’s Friday night and there are hundreds of kids watching football. We don’t have that—or, I should say, we don’t have that yet.”

As esports grows, it faces other challenges. Regular video-game play can lead to injury, including painful hand, neck and wrist injuries. There's also the addictive nature of video games to consider, with researchers showing that frequent play actually alters regions of the brain associated with addiction.

Schools also are dealing with gender imbalances. Even though 41 percent of video gamers are female, many esports teams are disproportionately male. (College scholarships also are awarded to far more men.) Coaches see this improving as students take on a growing range of team roles, including "shoutcasting," or providing narration during matches; tech support, social-media managers, event coordinators, and more.

The biggest hurdle, however, is money. Technology isn't cheap and funding issues can be significant. At LTHS, parent boosters and the school’s parent-teacher council have helped. This fall, with $24,000 in grants, Nabasny installed 12 new gaming computers with graphic cards, alongside new desks, headphones, keyboards and mouses.

At Gretna, Ingraham-Beck uses the school’s computer lab, which has dual-booted iMacs. During the school day, they run as Macs; after school, they run as gaming PCs. It’s not an ideal setup, and Ingraham-Beck also used a $20,000 Facebook grant to supplement the team’s hardware. Other Nebraska schools use Nintendo Switches, she notes. Students bring their own or schools fundraise to buy them.

After playing almost entirely at home last year, during the height of the Covid pandemic, coaches are thrilled to see their players together, in club meeting rooms, this year. One of the most powerful things about esports, they say, is its ability to transcend the typical social divisions among students.

One of Gretna’s esports aces is a track and field star, others trade notes on the marching band, says Ingraham-Beck. At LTHS, the football team’s starting quarterback also played on the school's Super Smash team. “We get all walks of life,” says Nabasny “and it’s awesome to see those kids getting along, enjoying the same thing.

“Their paths never would have crossed otherwise.”