For ESPs, Being the Best for Students Requires Continuous Learning

With professional learning communities, education support professionals are given the opportunity to learn and grow in their careers. 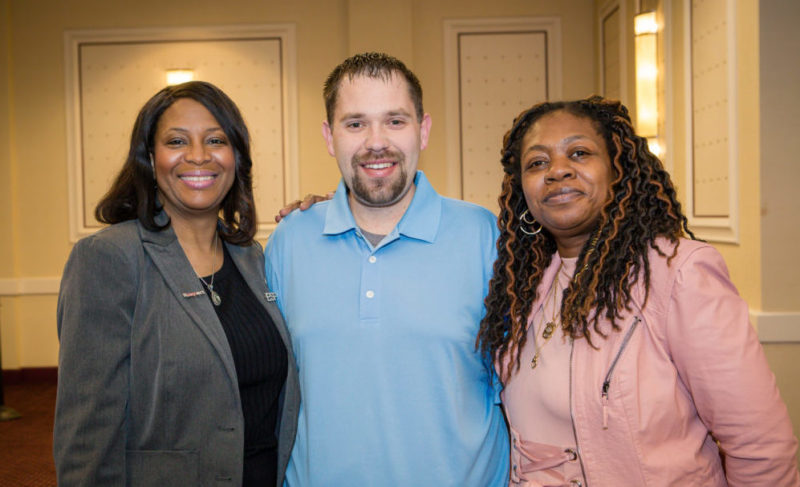 It’s common knowledge amongst educators that professional development for education support professionals (ESPs) is largely non-existent or irrelevant, if offered at all. Whether five or 20 years on the job, ESPs receive limited access to career learning opportunities unless they provide it themselves.

“Everyone thinks professional development is for teachers only,” says Matthew Powell, custodial supervisor at Central Elementary School in Mayfield, Ky. “But ESPs also need the opportunity to learn and grow in their careers.”

After working for three years as a special education paraeducator, Powell returned to college to complete a bachelor’s degree in educational studies. To meet expenses during this time, he worked as a school custodian on the night shift.

As a member of NEA’s ESP Careers Committee, Powell is working alongside ESPs and teachers from across the country to increase professional learning opportunities for school support professionals. Already, the committee has led to the development of new universal standards that provide a pathway for professional growth for ESPs throughout their careers.

These universal standards are outlined in the ESP Professional Growth Continuum (PGC).

“At the end of the day, if ESPs increase their skills and knowledge, it’s students who ultimately win,” says Powell, recently named the 2019 NEA ESP of the Year.

The PGC provides the first ever career continuum for ESPs grounded in eight universal standards within three levels of practice: Foundational, Proficient, and Advanced/Mastery. This landmark resource describes applicable standards and levels of practice across all NEA ESP job categories.

Participants can choose to work independently or join a group, known as a professional learning community. Several NEA affiliates across the country are working with members and other education leaders to develop student-centered learning opportunities aligned with the PGC to support ESPs in their professional practice.

“It goes back to wanting to be the best we can be for our students,” says Powell, who helps implement PGC standards for custodian and maintenance service workers at Grave County Schools. “The PGC gives us that opportunity.”

“Before anything, you need to effectively communicate a message, a perception, or a theory,” says Scott-Hayden, who first enticed Dr. West with an idea about training ESPs to communicate more effectively at work.

In East Orange, EOMA’s original 32 members were the first to join the training sessions. Scott-Hayden and Dr. West decided to begin with this question: How can I grow professionally to become more culturally aware and effective in communicating with students and colleagues?

Scott-Hayden and the team found that discussing culturally sensitive issues can be difficult. Still, they asked participants how they collaborate with members from culturally diverse groups, how they evaluate their ability to recognize reactions in individuals different from themselves, and how they address the consequences of inequities based on identity or group membership.

“Understanding the culture of your community gives you a better sense of your students,” says Andrea Beeman, a paraeducator who serves with Powell and Scott-Hayden on the NEA board and ESP Careers Committee.

Once educators saw the passion of Scott-Hayden and her team, the New Jersey program quickly expanded across East Orange. The team was awarded one of NEA’s Great Public Schools Fund Grants for $90,000 over three years starting in the 2018-2019 school year. She says she could not have predicted the spike in membership after the grant was issued, which reached 370 members to now include teacher assistants, paraprofessionals, and security guards along with the original maintenance workers. 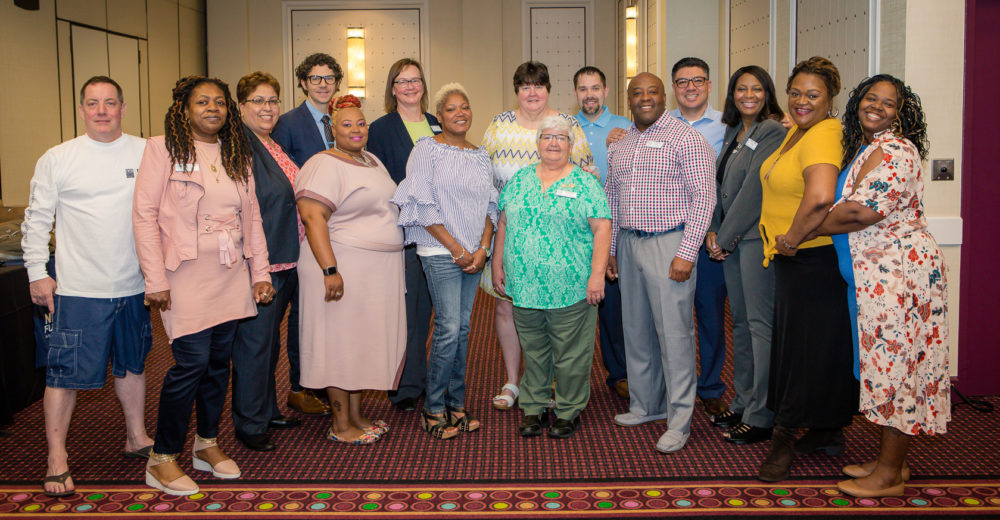 “Just based on the work they are seeing, people have said, ‘I’m buying into this.’ It builds capacity,” says Scott-Hayden. “It gives you an opportunity to show your district that you are an important stakeholder in your career development. You can use PGC to bargain, as leverage to increase your salary, or for career advancement. It will cultivate leaders.”

In Ohio, Beeman says trainings aligned to the PGC will help close the achievement gap.

“In order to do my job effectively, I have to know a student's strengths, weaknesses, interests, and aspirations, hopes and dreams,” says Beeman, who works at Maple Heights High School in Maple Heights.

Along with opportunities for professional growth offered by PGC is the chance to better connect with students, Beeman explains. She says students want to know a few things, such as: Will you help me, do you care about me, and do you see me as an individual.

“Responding to that begins with gaining a clear understanding of a student's racial and cultural background,” Beeman says. “My focus is to meet my students where they are and on their terms.”

How the PGC Works

While the continuum provides a career path toward personal and professional growth, it is not meant to be linear or hierarchical. The model is fluid so ESPs can build their professional capacity in one or more standards. Participants might be “proficient” in one standard and “advanced” in another based on how skills compliment on-the-job experiences and training.

NEA offers an opportunity for members to conduct a PGC self-assessment and strengthen their knowledge and skills through NEA micro-credentials, which are short, competency-based recognitions that allow educators to demonstrate mastery in a particular area. Micro-credentials are available for each of the eight universal standards outlined in the PGC. By completing micro-credentials, ESPs can learn how to use the standards to reflect on current levels of skills and knowledge and map out opportunities to grow in their professional practice.

“As educators progress through the levels of practice, increased knowledge and skill levels are going to help them when they engage in difficult cultural conversations with students,” Beeman adds.