Paraprofessionals and ESPs have come off the sidelines to become part of the decision-making process surrounding the Every Student Succeeds Act. 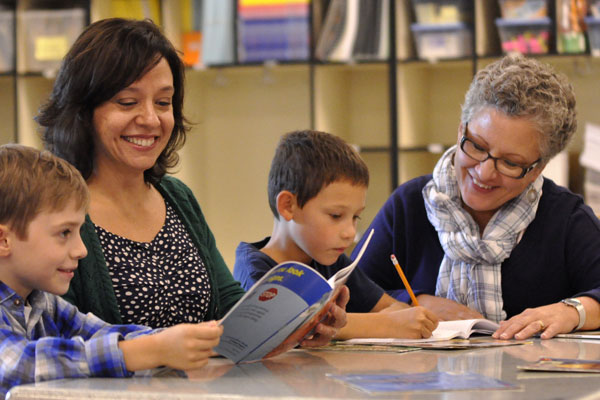 After the Every Student Succeeds Act (ESSA) replaced No Child Left Behind last year as the nation’s new education law, policymakers knew that a monumental transition lie ahead regarding the law’s impact on testing, curriculum, teacher education and development, and how to address low-income students, English language learners, and Title 1 schools.

Of equal concern was how to empower, acknowledge and assess the vital impact of paraeducators and other education support professionals (ESPs) on students and schools. Enter Lynn Goss.

The Wisconsin paraeducator from Menomonie Middle School in Menomonie was named one of 24 members of the U.S. Department of Education’s ESSA Negotiated Rulemaking Committee.

“This appointment means paras and ESPs are now part of the decision-making process at the highest levels rather than being relegated to the sidelines and told how to operate at school by people who have not been in a classroom for years,” says Goss.

Along with Goss, a second NEA member nominated by NEA to serve on the committee is Ryan Ruelas, a social studies teacher at Anaheim High School in Anaheim, Calif. Goss and Ruelas worked with members representing local school leaders, educators, parents, and civil rights groups.

According to Department of Education, the committee was tasked with drafting proposed regulations in two areas of the new law:

The committee reached agreement on the assessment pieces, but not the funding provisions. Goss recently talked with NEA Today about her role on the rulemaking committee advocating for students, ESPs and other educators.

What is the significance of having a paraeducator like you on the ESSA rulemaking committee?

Lynn Goss: ESSA has officially empowered and given a voice to paraeducators on how schools, states and the U.S. Department of Education will implement the new law. We’re at the table! This acknowledgement of paraeducators proves the importance of our careers and critical role we play in the education process.

Has the impact of paraeducators on students and schools been overlooked by educators, administrators, parents, and others?

LG: Yes. Paraeducators have been an invisible force in our nation’s schools for so many years. Most people simply don’t know our multiple responsibilities. Paras wear many hats! First, people need to understand that the role of paras has evolved over the years to include much more student interaction such as, one on one tutoring and small group instruction. As instructional demands on teachers have increased, so have those of paras.

In many situations, teacher-para teams are highly collaborative or in development toward that objective. Para job descriptions are being updated nationwide to reflect our actual day-to-day activities. ESSA can finally help to change certain misperceptions about highly trained, experienced, dedicated, career paras. And it’s about time! Implementation of the new regulations help bring to light how paras sometimes represent teachers during parent conferences, or help out with prep time and other classroom management duties. Paras perform many duties outside their job description. 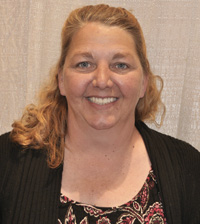 How will the implementation of ESSA show that ESPs serve the whole student?

LG: ESP's have been serving the whole student for decades -- because that is what we do! When we talk about the opportunity dashboard, we see how ESPs from each of the nine NEA job families show up in the implementation of ESSA as well as community schools. ESPs help students in many ways outside as well as inside the classroom. I know bus drivers who encourage reading on their drives to and from school, custodians who are mentors, food service workers who go out of their way to prepare nutritious meals and teach students to eat healthy.

The 24 panelists are divided into nine areas, including the one you are assigned to: paraprofessionals. On a personal level, what do you hope to accomplish as a member of this panel?

LG: My hope is to show that paraeducators have valuable input into the education process.  Para's typically are the people that work closest with students and know their needs the best.  We use our experience and expertise together with whatever hard data we can get our hands on regarding our students. This drives our approach and whatever decisions involving educational opportunities that will help them reach their highest potential. ESSA has the potential to create world-class, 21st century public schools, replacing a top-down accountability and testing regime with an inclusive system based on indicators that will measure real quality. But this will only happen if NEA members, education leaders, community activists and others are part of the implementation process.

What can ESPs do at the local level regarding the ESSA implementation process?

LG: We must empower ourselves to be able to help set that table in our districts. And I’m pleased to report that it is being done in some areas. Local associations are hosting trainings, forums, webinars, and other events that bring members together to learn more about ESSA and their role in implementing the law. The objective of all our engagements is to link empowered educators with community partners to advocate and organize for specific local policy and practice changes that support student achievement. Still, we need to continually educate our paraeducators, teachers, principals, superintendents, school trustees and parents about how we can work together to build the best community schools! This is a big shift from how business has been conducted in the past for many of those involved.