Dispensing with the fallacy once and for all that schools can do more with less money is long overdue. A new report makes the case that money matters. 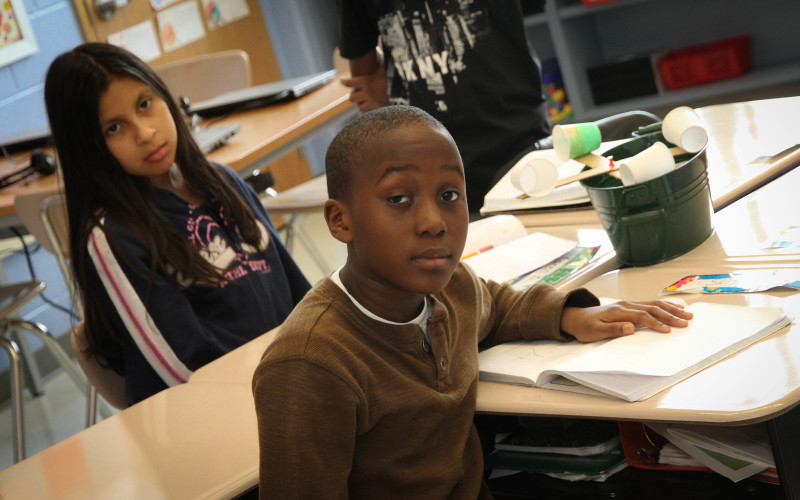 As every educator knows, the last thing states should be doing is decreasing school funding. Yet, In 2015, 29 states provided less school funding than in 2008. Education budgets in other states have, at best, barely recovered from pre-recession levels a decade ago.

Educators have had enough and are mobilizing around the country, demanding lawmakers adequately fund our public schools.

As hard as it is to believe, the perception that funding makes little or no difference in student success persists. These are beliefs, says Bruce D. Baker, professor of education at Rutgers University in New Jersey, that are based on outdated and faulty research.

Baker is the author of a new report from the Learning Policy Institute (LPI) that confirms what educators know to be true — students benefit from more school funding. The report, "Money Matters," surveys a large body of national data to determine the impact financial inputs have on student achievement, particularly for minority and economically-disadvantaged students.

“Right now, in many states, schools with the highest-need students receive fewer resources than those serving the most affluent, which translates to less experienced teachers, larger classes, and, ultimately, lower graduation rates and lower achievement levels," said Linda Darling-Hammond, President and CEO of LPI.

“While money alone is not the answer to all educational ills," Baker writes in the report, "more equitable and adequate allocation of financial inputs to schooling provides a necessary underlying condition for improving the equity and adequacy of outcomes.” 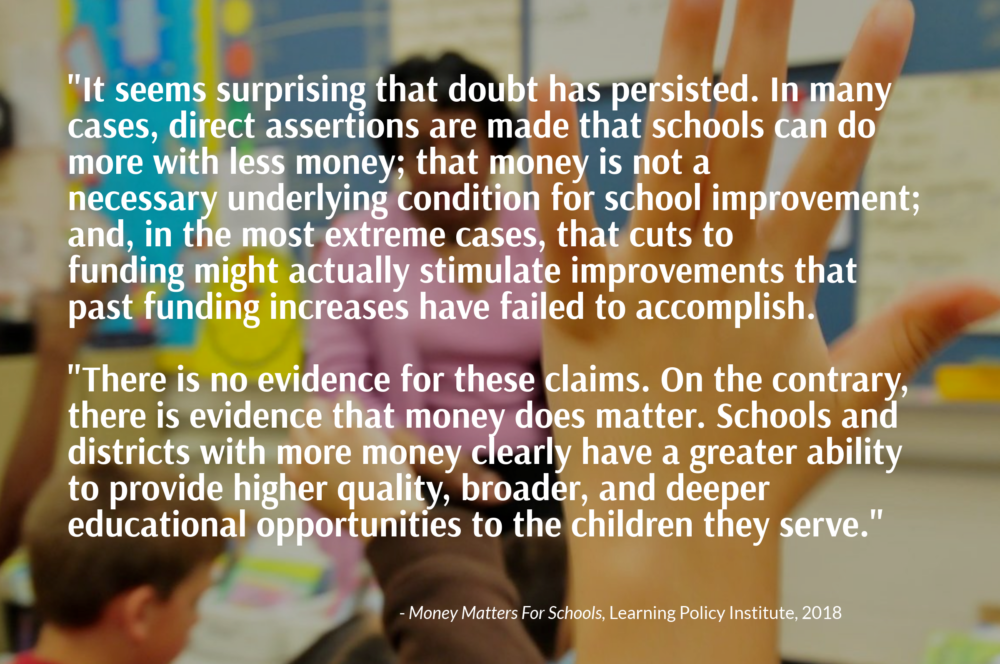 Aggregate per-pupil spending increases student outcomes in every situation, an effect that was larger in some studies than others, and mattered more for low income students.

Even smaller levels of spending made a significant difference in educational outcomes, inlcuding test scores and graduation rates.

“Increases in teacher wages have also been found to be associated with increased student achievement—presumably because more capable teachers are recruited and retained,” Baker writes.

“As poverty increases, costs of achieving any level of outcomes increases significantly,” the report states.

And yet, high poverty students aren’t getting the necessary funding. In fact, in most areas, high wealth areas get significantly more funding.

“Our nation’s economy depends on a well-educated, high-quality workforce and that means investing in all students,” says Darling-Hammond. "Investments in these students are investments in their future and ours. If we don't ensure they have the quality schools that their wealthier peers have, we deny far too many of them the opportunity to succeed and to contribute to society."