Learning more about student motivation and resilience can be helpful, but even the leading advocate of teaching grit is urging caution.
By: Tim Walker
Share 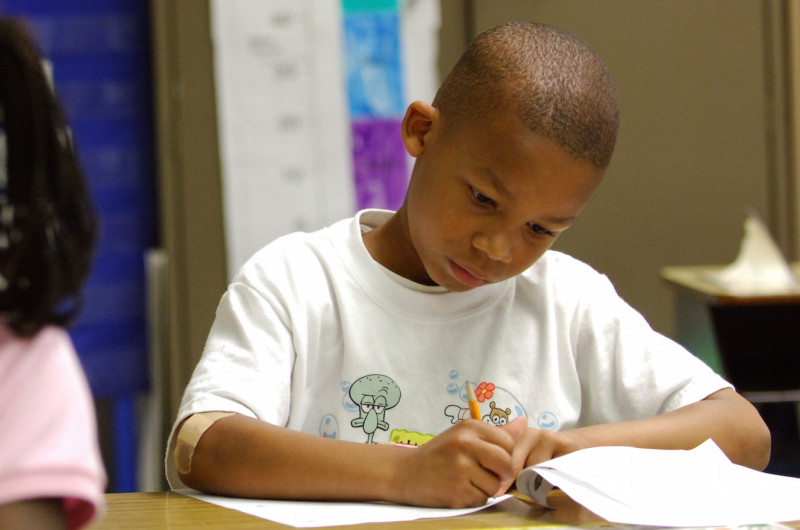 The latest sign that "grit" has graduated from mere buzzword to the big time emerged a few weeks ago when the National Assessment of Educational Progress (NAEP) announced that it will soon be collecting data on student perseverance and desire to learn. Every two years, NAEP measures the academic progress of 4th and 8th graders and compiles the results in the so-called "Nation's Report Card." Beginning in 2017, students will be asked to evaluate their level of grit as part of the assessment's background survey.

The purpose is to help determine how non-cognitive factors like grit (shorthand for resilience, motivation, resourcefulness, etc.) contribute to student achievement. It's a question that has fascinated a growing number of experts and education leaders in recent years. While some see it as an intriguing but marginally important discussion, others believe that studying grit is a key to improving academic performance.

So it's hardly a surprise that some have latched onto the idea that if resilience and stamina can be taught in schools, then it can also be linked to testing. Therefore, it only follows that districts start evaluating teachers based on their students' motivation and other non-academic skills.

But the scholar most often credited with popularizing grit in schools is now urging a little restraint. Angela Lee Duckworth of the University of Pennsylvania believes that it is too early to use measures of non-cognitive skills to evaluate teacher performance.

“Given the intense visibility and enthusiasm around growth mindset, grit, and other personal skills, it is important for school leaders and policymakers to realize that while there is great benefit to studying and assessing these attributes, the measures should not, currently, be used for broader accountability purposes,” said Duckworth.

In other words, everyone please take a step back.

Duckworth and David Scott Yeager of the University of Texas recently released a paper that explains how self-reporting on non-cognitive qualities can produce unreliable data, if used improperly.

“There really is no perfect measure for any aspect of personal skills," Duckworth adds. "What we have are measures that have their distinct advantages and limitations."

Much of Duckworth's research relies on self-reporting. At the University of Pennsylvania, she devised a "Grit Scale," consisting of statements such as "I am a hard worker" and "Setbacks don't discourage me." Duckworth and her colleagues used the scale in various educational environments (focused on military academy students and spelling bee finalists, for example) and found grit level to be a fairly reliable predictor of achievement.

Unfortunately, as she is now finding out, her research is in danger of being appropriated by policymakers who have bad ideas but no grasp of nuance.

“I’m hearing about school district superintendents getting very interested in things like character and grit, and wanting to evaluate teachers based on them," Duckworth recently told National Public Radio. "I feel like the enthusiasm is getting ahead of the science."

But critics say that the grit discussion is troublesome on a much broader scale. Some experts believe, for example, that a focus on building student resilience and tenacity provides another excuse for education leaders to ignore more fundamental problems - lack of access to critical resources and supports, for example - facing public schools in disadvantaged areas.

“I’m not hearing in the conversation acknowledgments of the effect poverty, income inequality and the opportunity gap has on student achievement,” says Pedro Noguera, professor of education at New York University. “All the grit in the world can’t compensate for the obstacles that face so many students in low income communities.”

In addition, a new report on student motivation by the Carnegie Foundation for the Advancement of Teaching pours a little cold water on some of Duckworth's findings. Authors Susan Headden and Sara McKay highlight the limitations of the very specialized environments (spelling bee finalists, for example) in which Duckworth tested the Grit Scale. They cite an analysis by the University of Texas that found "grit taps into highly effective learning in a structured environment, but not necessarily in someone who thrives on different interests," including writing, visual arts, and even scientific ingenuity.

Still, Headden and McKay believe that the examination of how specific non-cognitive traits affect achievement should not be dismissed.

"Society cannot ignore the underlying problems of poverty and other toxic stresses in the hope that simply working hard and getting "gritty" disadvantaged students will be able to surmount the serious hurdles that such problems present," they write. "But these missions are not mutually exclusive. Properly executed, they can be mutually reinforcing."