The Far-Reaching Effects of Implicit Bias in the Classroom

Implicit bias, which has a major impact in a student’s ability to learn and feel valued, has to be addressed with ongoing training. “You can’t do it once and expect it to stick,” says educator.

Adia Brown, a senior at East High School in Denver, Colorado, is an AP student, tennis player and saxophonist in her school’s jazz ensemble. She’s also African American, and when she went to take the ACT, the proctor told her she was in the wrong room.

“Special education students are tested down the hall,” the proctor told her. Brown, who is treasurer of her high school’s Black Student Alliance, says, “I have a feeling it was a racial dig at me.”

It could have been a dig, but more likely, it was the proctor’s implicit bias. Also known as implicit social cognition, implicit bias is defined by the Kirwan Institute for the Study of Race and Ethnicity as the attitudes or stereotypes that affect our understanding, actions, and decisions in an unconscious manner. Sometimes positive, sometimes negative, these biases are activated involuntarily without our awareness or intentional control.

The proctor’s implicit bias led to a knee-jerk conclusion – Brown must be a special education student because she is Black.

Even though most educators aren’t aware of their biases, the results are insidious and far-reaching. Research consistently shows that minorities are disciplined more harshly and more frequently than white students who engage in the same behaviors. Black students are suspended and expelled at a rate three times greater than white students, and are more frequently referred for criminal prosecutions.

Although we strive to be fair and impartial as educators, biases creep in – an uncomfortable truth for many White educators who consider themselves to be progressive, open-minded and socially conscious and who have fought hard to battle racism in their schools and communities.

Scientific research has shown that our biases remain, even when we are doggedly committed to equality and try to behave without prejudice. We all still possess hidden negative prejudices or stereotypes without even knowing they exist. 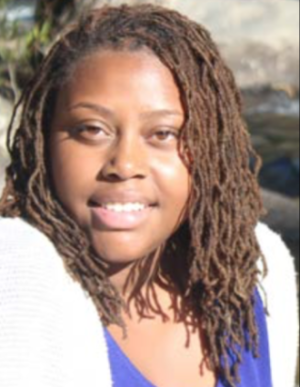 “It’s hard to know something exists if it isn’t something you experience,” says Brown. “Racism is still real in America, however, if it is not something confronting you on a daily basis how could you know it’s real?”

In “I, Racist,” a sermon widely circulated online in the wake of the mass shooting at a church in Charleston, South Carolina, writer John Metta explains:
“To understand, you have to know that Black people think in terms of Black people. We don’t see a shooting of an innocent Black child in another state as something separate from us because we know viscerally that it could be our child, our parent, or us, that is shot....,” he writes. “White people do not think in terms of we. White people have the privilege to interact with the social and political structures of our society as individuals... Whites are often not directly affected by racial oppression even in their own community, so what does not affect them locally has little chance of a affecting them regionally or nationally. They have no need, nor often any real desire, to think in terms of a group. They are supported by the system, and so are mostly unaffected by it.”

The system that White people are supported by tells us who should have power and privilege and who should not, who is “good” and who is “bad.” Historically, White, heterosexual Christian males have been considered good, while the rest of the population has received negative associations.

Just as many minority students receive more punishments because of implicit racial biases, female students can be being overlooked in math and science classes because implicit gender biases tells us girls aren’t as good in those subjects.

But just as implicit biases are learned, new mental associations can be acquired to replace damaging biases. The first step is awareness, says Kevin Teeley, an NEA Diversity Trainer from Redmond, Washington. That awareness arises from honest and thoughtful reflection.

“NEA’s Diversity Training provides our members with reflective experiences in a safe environment, so that people get to those big “aha” moments, where they’ll often say, ‘I never realized this about myself,’” Teeley says. “When you lead people to draw their own conclusions rather than lecturing them on how bad they are and that they have racist behaviors, they’ll step back and be able to recognize their own biases."

One of the most effective awareness-raising exercises in the program is called “Memory Sharing.” Participants close their eyes and think about their earliest experience with someone from a different race. Who was there? What happened? What were their reflections on this? When they think about their first experience with someone from a different religion, sexual orientation, or disability.

“It’s extraordinarily powerful in how those early experiences impact how they think today,” says Teeley. “Some people cry and get very emotional, and we see quite a few “ahas, which often come after others share their perspectives.”

Teeley says training is key to helping us overcome our biases, but it needs to be ongoing. “You can’t do it once and expect it to stick,” he says.

This is true especially of “hot button” issues, another exercise in which the trainers point out some hot button issues educators inadvertently hit with comments that they don’t intend to be offensive. 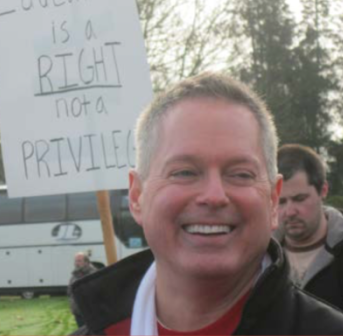 For example, many people talk about the gay lifestyle, as if people who are gay live a different lifestyle and have “disco balls hanging in their living rooms,” Teeley says.

Sometimes people will touch on hot button issues when they call on female students to help at the front of the class. “Will you be my lovely assistant?” Or “You can be my Vanna White.”

“It’s surprisingly common,” Teeley says, “And it puts the female in a very superficial role. What message does that send to the girls in the class? To all the students in the class?”

Sometimes, Teeley says, educators think they’re saying something positive, like when they make racial statements in the affirmative. “The Asain kids really good at math,” or “We have a lot of Asian kids in our community so we have really great test scores.” It’s a racial bias based on the assumption that Asians are always good students, particularly in math and science.

He says people are more guarded when it comes to African American issues, but he recalls one participant say, “well, you know those people want to live in that section of town because that’s where they feel most at home and comfortable.”

After he pointed out that referring to a group as “those people” is demeaning, participants arrived at yet another “aha moment.”

But there’s a long way to go and Teeley wishes every educator would seek out diversity training and keep at it.

“There are some who say racism is no longer a problem – they point to Obama and say, ‘We have a Black president! We must be post-racial.’ But when you look at Ferguson and Baltimore and all the other headlines, there is clear evidence that racism is alive and well,” Teeley says.

It’s imperative that educators continue to work on removing their biases, he says, because implicit bias has a major impact in a student’s ability to learn and feel valued.

“Everyone wants to feel like they belong, that they are important and valued. All students need to feel safe and important, that their contributions are appreciated and that they add to the greater good of the entire classroom experience,” Teeley says. “If they don’t feel that, they’ll feel diminished worth, they’ll be less likely to participate, work hard or be engaged or successful.”

Adia Brown has felt that she contributes to her classroom’s experience, and that her teachers, especially her AP teachers, hold everyone to the same standards, but she is usually one of only a few minorities in the classes and she senses that some educators “are surprised when I or other minority students do well.”

She acknowledges that she might be wrong – perhaps there’s an implicit bias at play – but she thinks the best way to address it is to talk about it.

“I think we can help eliminate bias by having a conversation,” Brown says. “I think that sometimes we try to avoid the conversation for fear of awkwardness, but I think a simple conversation can be powerful and effective.”