In 2013–2014, about 70,000 students were arrested at school, a way too common practice that is feeding the profit margins of privatized prisons. 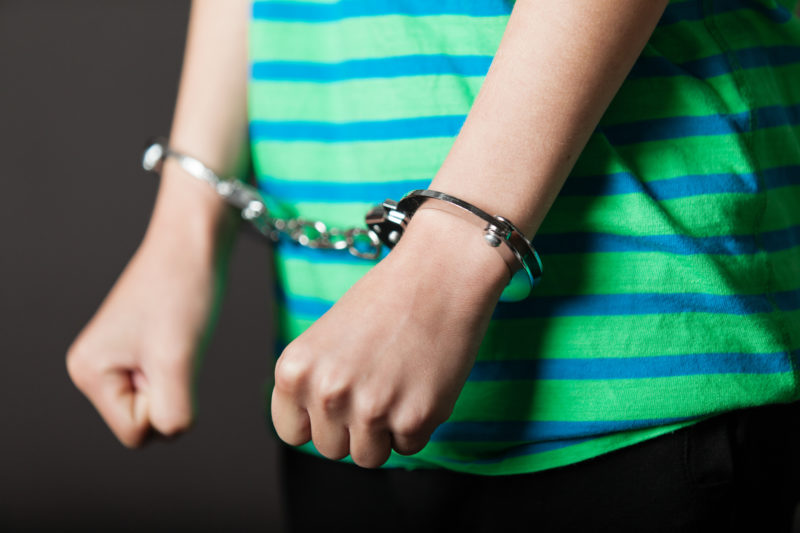 About 34,000 American youths are behind bars, the Prison Policy Institute estimates, and two-thirds for non-violent offenses. An additional 20,000 are confined to residential facilities, and another 10,000 are imprisoned on any given night in adult prisons and jails.

Most educators have heard of the school-to-prison pipeline—the practices that criminalize misbehavior and push students, mostly Black or Hispanic, out of schools and into the justice system. NEA and its members have been working hard for years to shut down the school-to-prison pipeline by providing educators with tools and training around alternatives to out-of-school suspensions, including restorative practices. (Check out NEA's guide to restorative practices.)

One characteristic of schools with entrenched pipelines, where students are more likely to be arrested, is the presence of a school resource officer, or SRO. NEA discourages the presence of SROs in schools, but in cases where educators and leaders believe SROs are necessary for safety then NEA strongly encourages local unions to sit down with school boards to develop memorandums of understanding that explicitly describe the rights of students and the work and responsibilities of the SRO, and also make sure that SROs get training in cultural competency, implicit bias, and restorative practices.

One reason for the racial disparity may be that Black students are more likely to attend schools with officers in them. Another reason is racism. Either way, more students, mostly Black, are feeding the profit margins of privatized prisons.

“We actually have procedures that prepare certain children for life behind bars,” writes Pennsylvania teacher Steven Singer on his blog. “Why? Because people make money from it…”

In Florida, one of the first states to embrace “zero tolerance” policies, nearly 50 percent of schools have police officers. In 2012, they arrested 12,000 students nearly 14,000 times, according to the Orlando Sentinel. The vast majority were not committing “criminal acts,” the Florida Department of Juvenile Justice told the Sentinel. They were arrested for misdemeanors like disrupting class—say, refusing to put away their cell phones.

Florida also has privatized all of its residential juvenile prisons, which means they are funded by the state but run by corporations. Their reputation is scary: A 2017 Miami Herald investigation describes “12 questionable deaths since 2000, including an asphyxiation, a violent takedown by staff, a hanging, a youth-on-youth beating, and untreated illnesses or injuries.”

The private employees who work at these Florida facilities routinely offer their prisoners “honey buns” to carry out attacks on other detainees, prosecutors told the Herald. These employees don’t work for the state, and get minimal pay and support. The private company that runs the most Florida youth prisons starts its employees at about $19,000 a year, and expects them to work with youth who have mental illnesses, drug addictions, and the lingering effects of trauma.

Nationwide, about half of juvenile facilities, both short- and long-term, are privately operated, according to the 2012 U.S. Department of Justice prison census. This is a higher percentage than the rate of privatization among adult prisons. In 2015, for-profit companies held 7 percent of state prisoners and 18 percent of federal prisoners—but those rates are growing. Today’s juvenile offenders eventually could be the profit-makers for adult prisons.

This is not merely cynicism, advocates note. In 2009, in a "kids for cash" scandal, a Pennsylvania judge was discovered to have accepted $2.2 million in bribes to send children to privatized juvenile prisons. These include one teen who created a fake MySpace page, and another who cursed at somebody’s mother. The judge, Mark Ciavarella, was sentenced to 28 years in federal prison.