Research into this long-neglected corner of the curriculum reveals surprising misconceptions about civics, and the promise it holds for student achievement. 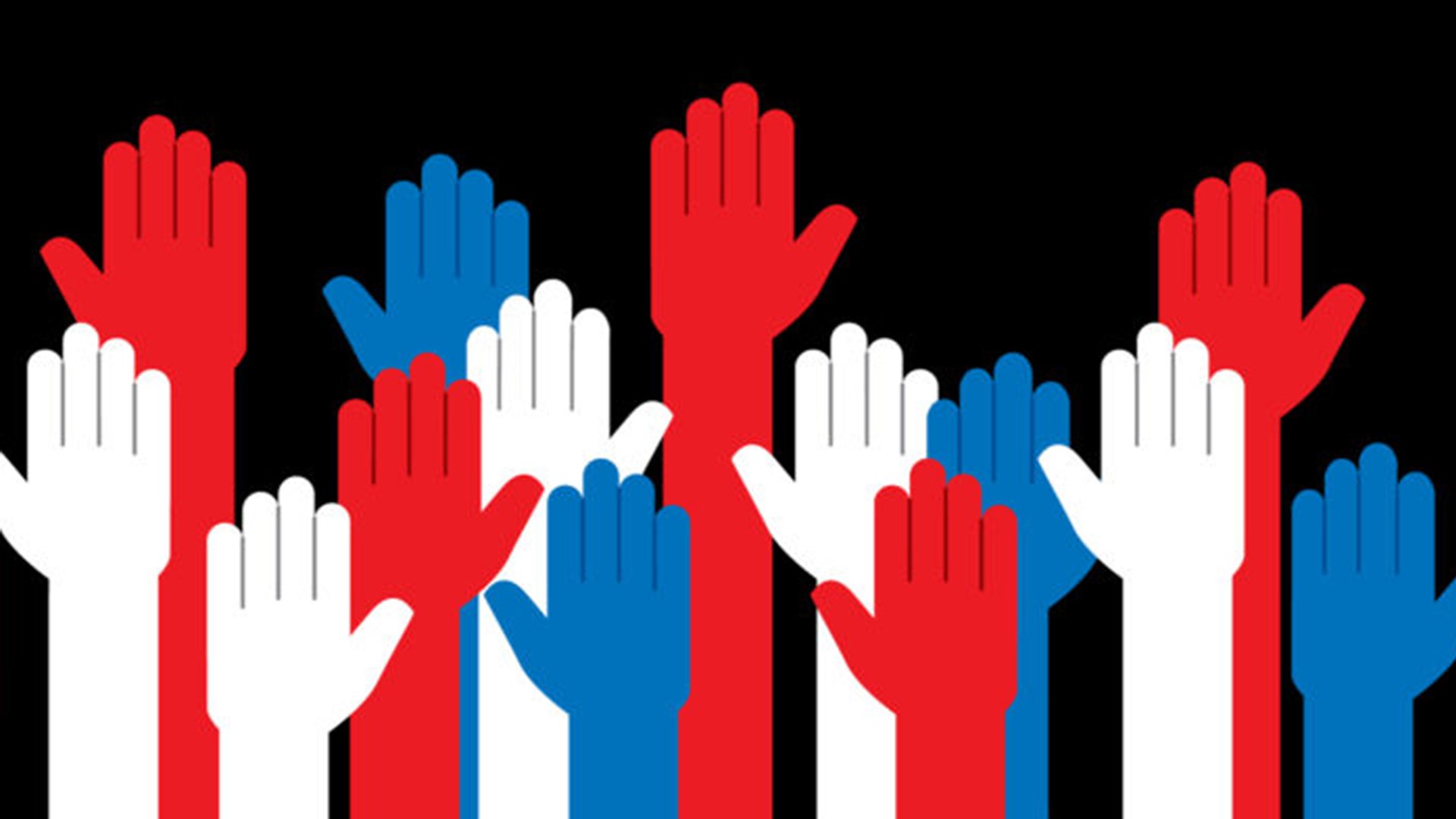 One of the primary reasons our nation’s founders envisioned a vast public education system was to prepare youth to be active participants in our system of self-government. The responsibilities of each citizen were assumed to go far beyond casting a vote; protecting the common good would require developing students’ critical thinking and debate skills, along with strong civic virtues.

Blind devotion to the state or its leaders would never be enough. Rather, being American was something to be learned and carried out.

“I share my own experience of having lived in Eastern Europe—where in some places it was dangerous to criticize the government—to help my students understand and prepare to defend the freedoms we have in America,” says educator Toni Simovski. His family emigrated from Macedonia and Simovski served as a translator for the U.S. military before becoming an award-winning high school civics teacher in Dearborn, Mich.

Only 25 percent of U.S. students reach the “proficient” standard on the NAEP Civics Assessment.

He requires students to “see civics in action” at school board and city council meetings, engage in local issues through letter-writing campaigns, conduct interviews with local officeholders, or host members of the Michigan legislature in their classroom.

Unfortunately, such a rigorous civics education is not available to all students.
Until the 1960s, it was common for American high school students to have three separate courses in civics and government. But civics offerings were slashed as the curriculum narrowed over the ensuing decades, and lost further ground to “core subjects” under the NCLB-era standardized testing regime.

It’s Not an Exaggeration to Say that Civics Education is in Crisis.

Only 25 percent of U.S. students reach the “proficient” standard on the NAEP Civics Assessment.  White, wealthy students are four to six times as likely as Black and Hispanic students from low-income households to exceed that level. Here’s why: Students in wealthier public school districts are far more likely to receive high-quality civics education than students in low-income and majority-minority schools.

Contrary to Popular Belief, the Problem isn’t that Students Receive No Civics Education.

All 50 states require some form of instruction in civics and/or government, and nearly 90 percent of students take at least one civics class. But too often, factual book learning is not reinforced with experience-based learning opportunities like community service, guided debates, critical discussion of current events, and simulations of democratic processes.

But Many of the Popular Reform Proposals are Based on Misconceptions.

Even states that require civics education rarely take best practices into account. Since 2015, several states have required students to pass the U.S. citizenship exam before graduating high school. But putting so much attention on rote memorization actually diminishes the likelihood that students will develop more meaningful civic skills. 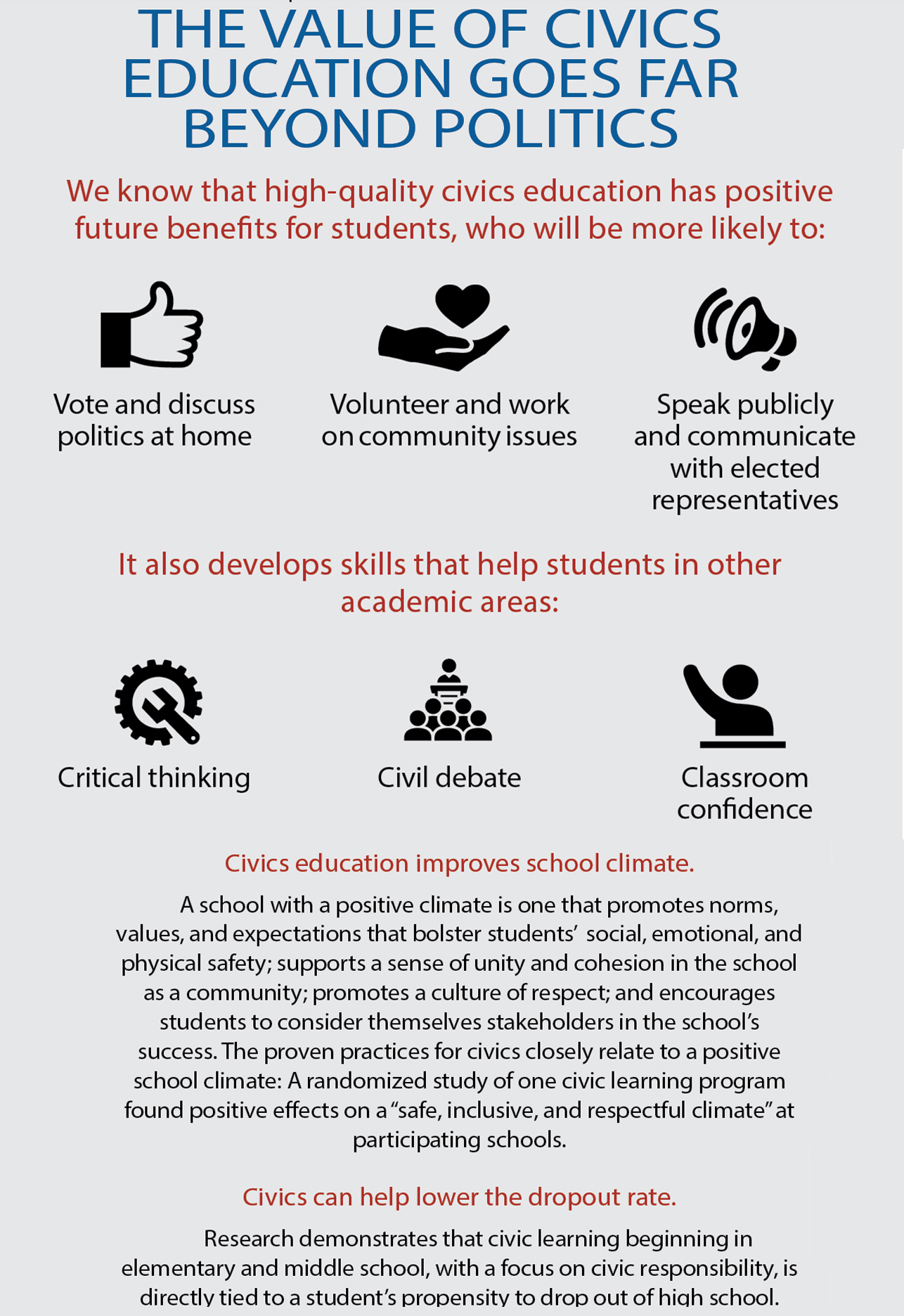 What We Can Do