Fulfilling the Promise of Brown v. Board: From School and Housing Policies to the Courts 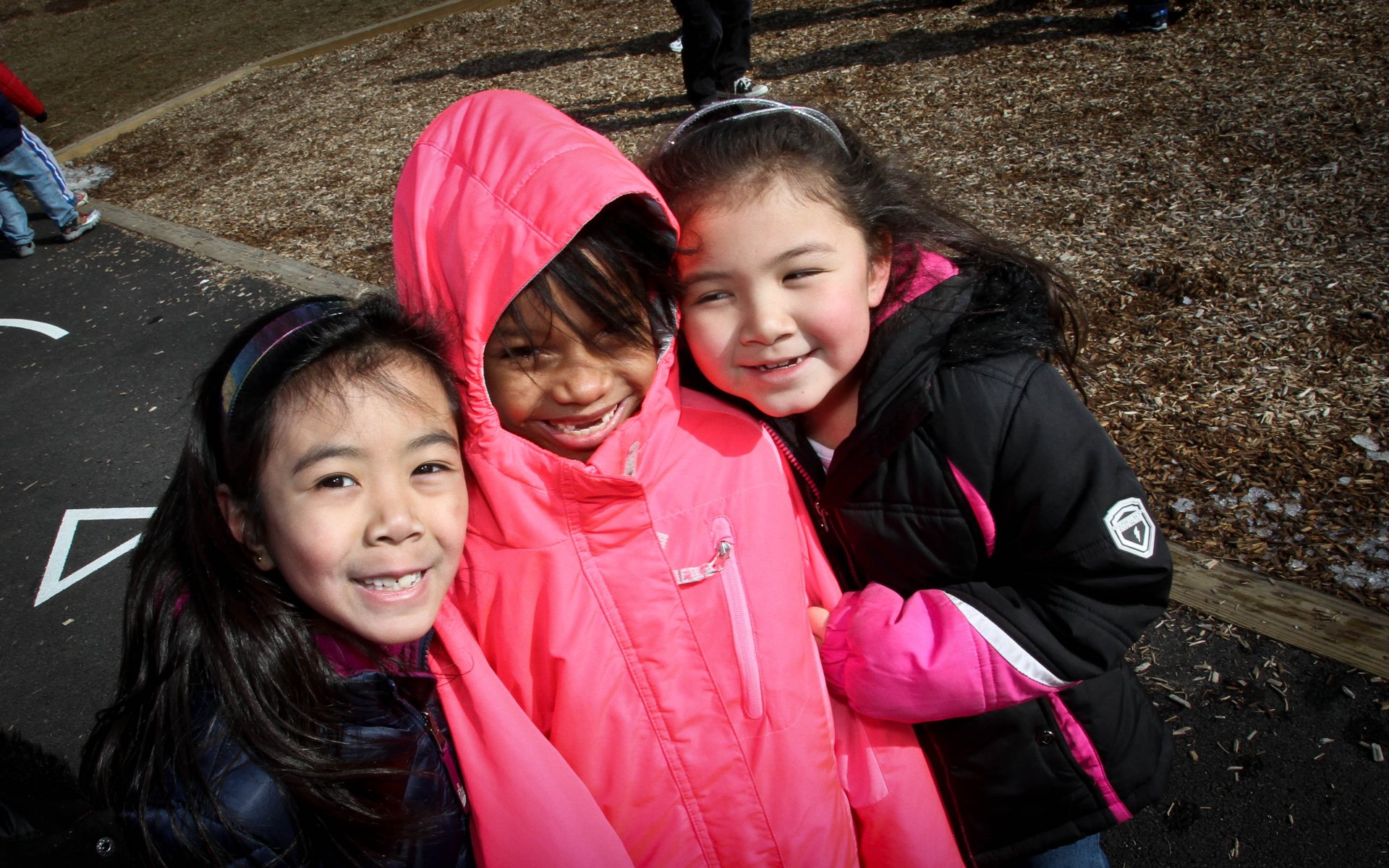 Sixty-five years ago, the Brown v. Board of Education ruling promised integrated and equitable schools. Today, as one sign of progress, housing officials collaborate with educators to integrate neighborhoods as a means to achieving school integration.

“Housing and school policies are inextricably linked and deeply affect patterns of school funding and academic success,” says Harry Lawson, director of NEA’s Human and Civil Rights Office. “This makes it important for educators and education advocates who support school integration to engage with housing officials and make recommendations on attendance zones and school district boundaries.”

Achieving demographic diversity at the school district level will help fulfill the hope and promise of Brown, according to a new report by PRRAC (Poverty and Race Research Action Council).

The PRRAC report, titled, “Housing and Schools: The Importance of Engagement for Educators and Education Advocates,” states: “Housing and school policies have a strong reciprocal effect on patterns of racial and economic segregation, which makes it especially important for educators and education advocates who understand the benefits of school integration to become involved in housing and land use policy.”

“These policies affect the parents and children who live in neighborhoods and attend local schools,” Lawson says.

See our Brown v. Board of Education special coverage here

However, the Supreme Court brought about little desegregation because it lacked the power and reach to overcome local racist policies supported by Jim Crow-type laws. One famous example of local government resistance involved the Little Rock Nine case when, in 1957, Orval Faubus, as the governor of Arkansas, used the state’s National Guard to defy the courts and stop African American students from attending Central High School. President Eisenhower was forced to dispatch federal troops to Little Rock to uphold Brown.

For school, housing, and other laws to be implemented in the spirit of Brown, local and federal judges would have to carry the torch.

Yet, today, more than two dozen executive and judicial nominees of the Trump administration have declined to endorse the unanimous decision made by the Supreme Court on May 17, 1954. “Separate educational facilities are inherently unequal,” the Court ruled, declaring that schools and other institutions violated the equal-protection clause of the 14th Amendment.

Confirming Brown
In a May 13 letter, civil rights groups from across the nation urged the Senate to reject President Trump's judicial nominees who refuse to voice support for the landmark Supreme Court ruling. Of the 27 nominees currently pending who declined to state that Brown was correctly decided, three are up for a vote this week: Kenneth Lee (9th Circuit), Michael Truncale, (Eastern District of Texas), and Wendy Vitter, (Eastern District of Louisiana).

"Those nominees who cannot bring themselves to affirm a case as vital to the fabric of our democracy and legal order as Brown do not deserve a lifetime appointment as a federal judge," wrote Vanita Gupta, president and CEO of the Leadership Conference on Civil and Human Rights, the umbrella organization for the nation's civil rights groups.

The National Education Association also opposes confirmation of these and other nominees who decline to endorse Brown. NEA President Lily Eskelsen García joined Gupta, Sen. Charles Schumer, NAACP President Derrick Johnson, and others in front of the U.S. Capitol to demand that no judicial nominees be confirmed unless they endorse Brown v. Board.

Similarly, NEA Director of Government Relations Marc Egan in a May 8 letter urged senators to “vote no” on Vitter, who, when asked during the confirmation hearing whether Brown was rightly decided, refused to answer directly. She testified only that she would put aside her own “personal, political, or religious views [about segregation]” and follow Brown because it is binding precedent.

“Such testimony alone is disqualifying,” Egan states. “The four words engraved on the facade of the United States Supreme Court are the bedrock of our system: ‘Equal justice under law.’ A nominee to the federal bench who does not pledge fidelity to those words cannot be confirmed.”

In a Washington Post editorial (May 12), Sherrilyn Ifill, president and director-counsel of the NAACP Legal Defense and Educational Fund, states that the legal consensus around Brown since the beginning is “unequivocal.”

“The ugly truth is that declining to offer approval of Brown signals a willingness to question the project of democracy that Brown created — one in which African Americans and other marginalized groups compelled the federal courts to honor the spirit of equal justice embodied in the words of the 14th Amendment,” according to Ifill. “And this isn’t just deeply troubling; it’s also downright dangerous.”

Proud Legacy
By overturning the doctrine of “separate but equal,” which had been the law of the land since 1896 when Plessy v. Ferguson was decided, many were led to believe the demise of de facto segregation was close at hand. After prevailing as counsel in Brown, future Supreme Court Justice Thurgood Marshall recalled, “I was so happy I was numb.” He predicted that school segregation would come to an end within five years.

Harlem’s Amsterdam News, for example, called Brown, “the greatest victory for the Negro people since the Emancipation Proclamation. This means the beginning of the end of the dual society in American life and the … segregation that supported it.”

In its decision, however, the Court declined to specify remedies for school segregation, asking instead for further arguments. The following year, in an opinion known as Brown v. Board of Education II, the Court declared vaguely that integration must occur “with all deliberate speed.”

Though the Supreme Court’s decision in Brown didn’t achieve school desegregation on its own, the ruling sparked the civil rights movement in the United States. In 1955, a year after the Brown decision, Rosa Parks refused to give up her seat on a Montgomery, Ala., bus. Her arrest led to the Montgomery bus boycott and would lead to other civil rights demonstrations, often led by Martin Luther King Jr.

With the Voting Rights Act of 1965 and Fair Housing Act of 1968, the promise of social integration gained momentum.

“We have not yet realized the full promise of Brown," says Lawson. "Educators can do their part by opposing the confirmation of judicial nominees who decline to support the ruling, and by participating in local housing coalitions that seek to end policies and practices that have a destructive impact on school funding.”

As a young teacher in 1965 at Wheaton High School in Silver Spring, Md., Harry Klugel was skeptical about requesting time off from work to attend a five-day, 54-mile march from Selma to the steps of the capitol in Montgomery, Ala.

“My principal was a good man and gave me administrative leave to attend the march with members of my church,” says Klugel, a former history and government teacher who worked at Wheaton for 10 years starting in 1963. “He asked me to proudly represent the school in Alabama.”

Most principals at the time might not have approved of a teacher attending a protest march in another state led by King, but Wheaton was different. At district schools, there were blacks, Latinos and Asians on staff. Synagogues and churches of different faiths and denominations dotted neighborhood streets.

“The neighborhood was more diverse than most,” says Klugel, an NEA-Retired teacher and member of the Maryland State Education Association (MSEA). “The mixture of families from different races and culture was reflected in the schools to an extent.”

Community Investment
Wheaton is a census-designated suburb of Washington, D.C., with a population of more than 50,000. It is located in Montgomery County where according to census reports residents tend to be liberal and diverse in income, race, and ethnicity.

The public schools are highly rated and the neighborhoods well-planned due to progressive city leaders who for decades designed transportation systems and affordable housing developments that resulted in an integrated community.

“In order to integrate schools, you need to integrate neighborhoods,” says Klugel, who retired in 2009 and now lives in Gaithersburg, Md. “Many school districts resisted integration.”

Kristy D’Angelo has been a special education teacher at Wheaton High School for three years.

“We have a good racial and ethnic mix of students from many different cultures,” says D’Angelo, a member of the Montgomery County Education Association (MCEA). “Most of the kids are pretty open and respectful toward each other.”

“We embrace each other’s differences,” says D’Angelo, a MCEA building representative. “We don’t have hate issues at school.”

Education Advocate
Before the Selma march, Klugel attended the March on Washington for Jobs and Freedom in August 1963, when approximately 250,000 people gathered in front of the Lincoln Memorial. It was also the occasion of King’s “I Have A Dream” speech.

“Those demonstrations and the sit-ins created an awareness in our country that I think led to the dismantling of Jim Crow laws across the South,” says Klugel, a Duke University graduate who grew up in the small rural town of Emporia, Va.

Klugel, 78, returned to the steps of the Lincoln Memorial with thousands of others in 2013 for the 50th anniversary of the Washington march and a speech by President Obama.

“I don’t think anybody expected our schools to integrate overnight,” he says. “It has taken much too long, but we can never give up on what Brown started.”